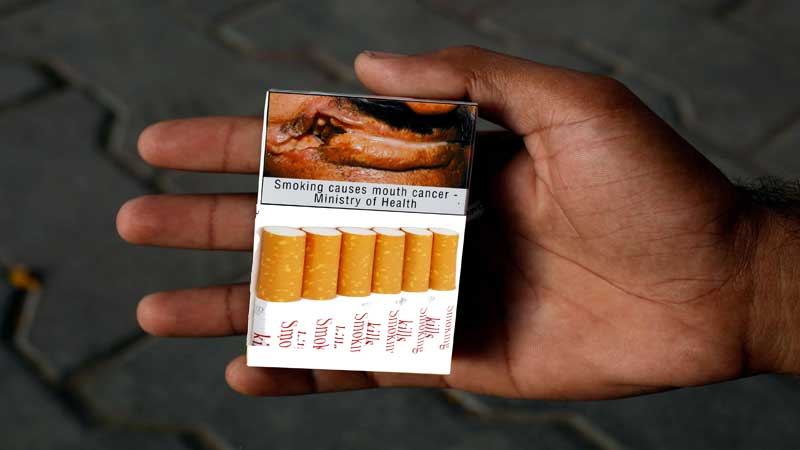 Human Development Foundation (HDF), Society for the Protection of the Rights of Child (SPARC), Pakistan National Heart Association (PANAH) and Incision Films jointly held a press conference on Thursday at the National Press Club, Islamabad. The press conference was held after Islamabad High Court hearing on the issue of 85% graphic health warning on cigarette packs, in which the court gave Ministry of Health two weeks to take the decision whether to implement or rescind the notification. During the hearing Ministry of Health even admitted of being susceptible to the pressures from the Tobacco industry lobby groups.

According to the existing law the graphic health warning must be 60% of the pack size. The increase in size was announced in an SRO in 2017 that replaced the 2015 notification that would have increased the size to 85% of packaging. The health advocates emphasized that the pack warning size in Pakistan is still less than other countries in the region. Nepal has 95% pack warning size, India is at 85% while Sri Lanka has 80% size. Pack warning play a role in deterring any potential smokers and also reflect a country’s commitment to public health policies.

HDF and its partners urge the government to enhance graphic health warning on cigarette packs. The recent case hearing in Islamabad High Court hearing shows that the government has repeatedly been under the strong influence of tobacco industry, putting the public health advocates and anti-tobacco lobby to worry that it will happen again if no concrete steps are taken. It is the duty of the government bodies to make policies and laws in the greater interest of its citizens, keeping their public health as a top priority.

Mr. Azhar Saleem, CEO HDF, stated that graphic health warning on cigarette packs is a proven and cost effective measure to create mass awareness and reduce tobacco consumption. The significance of these health warnings have been proven through different research studies that show a reduction in consumption rate and intent to quit smoking altogether. Under the FCTC guidelines, signatories are required to enhance graphic health warning on cigarette pack with clear textual warning as well. FCTC also requires the signatories to not be influenced by the tobacco industry when formulating laws and policies of public health interest. However, this has not been the case here as government bodies are easily influenced by tobacco industry.

Malik Imran, country representative of CTFK, said that Tobacco Industry is actively strategizing to counter the tobacco control measures and influences government departments who work for tobacco control. He stated that other countries in Asia are effortlessly working to enhance the graphic health warning on cigarette packs whereas we are still under the influence of tobacco industry. The admission of Ministry of Health to succumbing to the influence of tobacco industry is a clear picture of how easily the tobacco industry lobby can influence law making and implementing bodies in Pakistan.