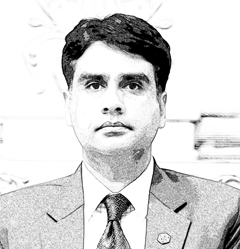 Public sector departments on your finger-tips

Different countries have diversified types of state-owned online websites for their departments from where the citizens can approach, launch or register any complaint against any public sector department. The use of modern technology is very effective in this regard. 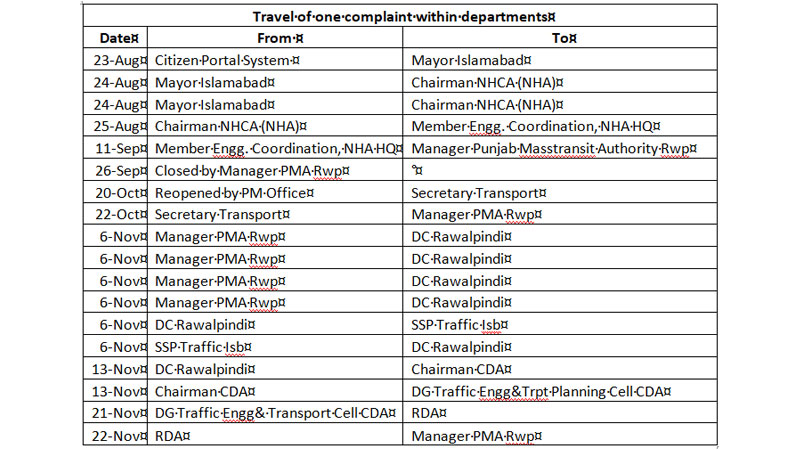 In Pakistan, all the government departments have also their own websites and the facility of “contact us” is also available on all these websites. But due to lack of proper monitoring and supervision of this option on websites, one can hardly get any positive response on turn-around time. May be because third party monitoring and evaluation was not being done.

Previously manual applications were the only option to register any complaint against any department. It was, no doubt, very time-consuming and time-wasting process. Normally it was even very hard to approachto concerned authorities and they rarely get any response from them.In some departments, it was required additionally to put wheels even to any genuine applications or files so it can move faster.

However, the information technology has changed the scenario. Now single page application or any heavy files can move and transfer digitally faster and promptly. This technological development has changedour lives and saved time to get things done on time.

The delivery of complaintsor applications was a nightmare for common citizens in Pakistan. To cope up with this problem, Prime Minister Imran Khan launched centralized citizen portal, initially at provincial level in Khyber Pakhtunkhwa and later in Islamabad and Punjab as well in 2018.

Prime Minister’s Performance Delivery Unit (PMDU) haslaunched initiative of complaints and grievances redressal through Pakistan Citizen’s Portal (PCP) App. It provides a nation-widewindow to connect people with the government organizations at all levels for raising their issueswith authorities, complaints’ redressal and suggestions. On the government’s side, it helps topromote the culture of quantified performance management and make the various governmententities accountable for their mandated roles and responsibilities.

As of today, almost over 1.2 million users have downloaded this app and registered in the system and launched over one million online complaints.

No doubt, this is aexcellent initiative,which enable the citizens to access and approach higher authorities to register or highlight their individual and public interest issues. This is very affective as it is critically being monitored by the PM Office with proper track record and history.

By using this facility, citizens can share pictures, documents and reports on different issues with relevant authorities. This portal is also being used to complain about any development project. This system has, no doubt, reduced the level of corruption and increased the quality of service delivery. As a final response, targeted authorities close the complain with any of three options that “relief granted”, “partial relief granted” and “relief cannot be granted”. By doing this, the complaintappears in system as settled and monitoring staff from PM Office can also review the response.

Currently system is sorting and referring complaints on the basis of information provided by the complainants. It is observed that in some cases majority of the government departments do not have even basic information that the launched complaint is basically related to them or any other department

After the final response against every complain, a small survey or feedback is also being conducted with two options positive feedback and negative feedback. If the complainant is not satisfied and they opts for negative feedback then specially assigned staff from PM Office can re-open same complaint and send to relevant authorities for justification.

The launch of citizen portal is a very good initiative by the government. However, process and system improvement isan on-going process with the passage of time. To make it more effective and efficient, government should ensure to improve the inter-departmental coordination. Currently system is sorting and referring complaints on the basis of information provided by the complainants. This is personally observed that in some cases majority of the government departments do not have even basic information that the launched complaint is basically related to them or any other department.

This lack of information some time waste time at both ends. To make clearer, let’s take one random example which is shared by one of complainants. This complaint was launched in public interest on 23rd of August 2019 and till end of November departments are still not sure that to whom this suggestion should go. It was basically pertaining to beautification of Islamabad which falls under CDA but unfortunately all departments are referring this simple suggestion to one another again and again. Data shows that after one month Manager PMA Rawalpindi closed this complaint which was later re-opened by PM Office and again same game started to refer simple suggestion/complaints to each other.

The purpose of sharing this sample is to suggest further improvement that can make it more affective and can ensure the proper solution of common interest issues. Coordination between the relevant authorities is also required to improve the performance and effectiveness of this facility.

The writer is SDPI-Research Coordinator