Human body and mind requires healthy food coupled with healthy eating habits. Nobody wants that they or their kids suffer from undernourishment. Parents love for their children have no boundaries. They try their best to save their offspring’s from all kinds of mourning.

Family members especially parents have dynamic role in promotion of nutritious food, behavior and education of their children. Parents create and set food environment as well as structure the eating habits of their children through their own food practices, attitude, perspectives and understanding of food benefits and its influence on health. Parents’ knowledge and attitude about nutrition is an important factor for children’s food knowledge.

According to WHO, some of the provisions to maintain children’s health are essential: For example, healthy breakfast, lunch for school, provision of fruits and vegetables and provision of information to the children to make healthy food choices. WHO also provides guidelines for some restrictions: For instance, restriction to consume food which is poor in micronutrients, energy dense and limit the exposure of children to the marketing campaigns of unhealthy food businesses.

When it comes to women of reproductive age, one in seven women is undernourished. Number of overweight women has increased from 28% in 2011 to 37.8% in 2018. Women living in rural areas are more malnourished as compared to women living in urban areas. Nearly 41.7% women are anemic. A large number of women 79.7% are victims of vitamin D deficiency while 27% are victims of vitamin A deficiency.

Raising more and more awareness on nutrition by involving all segments of the society is the way forward to change food patterns, behavior of the masses and country’s nutrition status

Fight to improve nutrition status requires involvement of every citizen irrespective of gender and race. Women’s role to ensure nutritious food at home is vigorous because most of the women hold responsibility of the kitchen. Their role in deciding about food patterns and consumption is also substantial. Their awareness on nutrition is essential to make sure that family members especially children are consuming required nutrition through food.

Government or civil society alone can’t achieve the goal of ‘Zero Hunger’ in Pakistan. Every citizen should contribute in fight against malnutrition. At least, everyone should ensure that fortified food items are being used at home. The provincial governments has made fortification of cooking oil mandatory as far as wheat flour is concerned it is mandatory in Punjab only. Fortified oil/ghee and wheat flour is available in the local market.

Punjab Consumer Protection act 2005 and Punjab Food Authority act 2010 provides opportunity to consumers to get resolve their issues related to standards, price and deceptive marketing of food items. Consumer protection council at district level haven been activated to provide support to the consumers. Food authority also has presence at district level in Punjab.Khyber Pakhtunkhwa has also enacted Consumer Protection and Food Authority acts. But presence of consumer councils and food authority is limited in the province.

One point is very clear that making nutrition a household level agenda is not an easy task. It requires a lot of effort coupled with sufficient human and budgetary resources. As far as financial resources are concerned, Pakistan is behind Nepal and Bangladesh in investing on nutrition. Multi-sectoral nutrition strategy, 2018-2025 rightly emphasizes on resource allocation as well as evidence based advocacy initiatives to address nutrition crisis.

We have an edge as Pakistan has largest youth force as approximately 64% population is younger than 30 and 29% is between 15-29 ages. Their energies can be utilized in nutrition movement by promoting grass root level volunteerism and by providing them some opportunities for nutrition related learning. It will facilitates in reaching out to local communities to raise awareness on nutrition especially food fortification.

Raising more and more awareness on nutrition by involving all segments of the society is the way forward to change food patterns, behavior of the masses and country’s nutrition status. Making nutrition a grass root level movement would also add value in ongoing nutrition related interventions. It would also help to reduce economic loss 2-3% GDP yearly; Pakistan is facing due to worst nutrition situation.

The writer is Islamabad based development professional 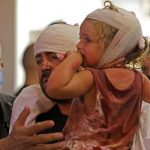 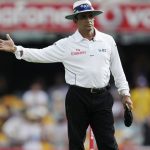 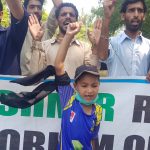 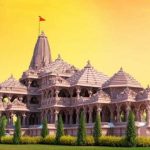 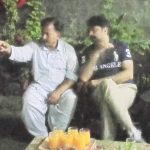 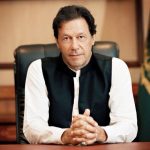 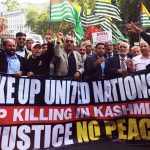