A feminist manifesto: I refuse to give up

Anchored firmly in the moorings of ultra-conservatism, my society, since my childhood, hammered into my mind the dreadful consequences of standing up for rights of women. Women are naturally built to be petite, subordinate and submissive, I was informed. They are bred, raised, and married off only to preserve the race of mankind, I was further tutored. I was coached not to question sexist assumptions, counter misogynist misconceptions, and rebut patronising remarks. I was asked by my immediate family to submit, by my extended family to forgo, and by my society to yield. But I refused-refused to surrender my claim to my own agency, refused to cede my territory of freedom, refused to succumb to societal urges. I simply refused to give up. 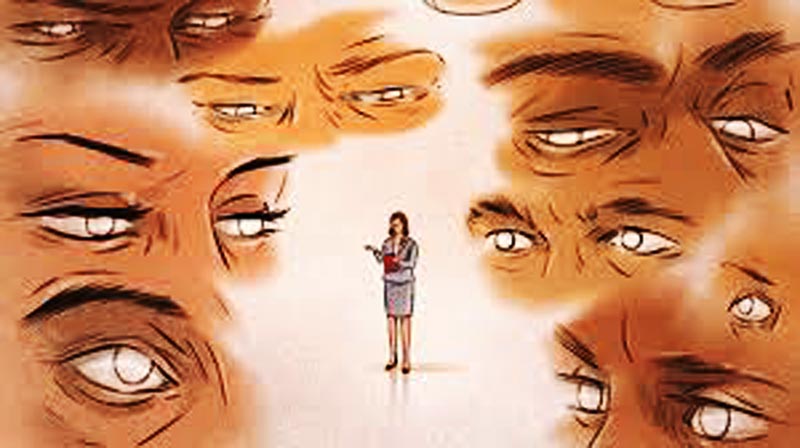 Education instills in us the spirit to explore new vistas of knowledge systems. It equips us with a set of academic armory and personal disposition required to mold ourselves into a character(s) resilient to combat every adventure. I was kept away from education as part of the prevalent social practice. It was feared, if women were taught, they would find ways to voice their anger and communicate their displeasure. But I forcefully registered my note of dissent. I opined that Hazrat Ayesha (RA), the wife of Prophet Mohammad (PBUH), not only remained under tutelage, but also taught men in her enclosure. Dissuaded by my family, lured by my cousins and rebuked by my acquaintances, I still persisted with my commitment to education. I refused to forfeit my right to education. I refused to give up.

The dress code for women in our part of the world is prescribed by religion, endorsed by culture, and enforced by parents. Women are enjoined to regulate their behavioural conduct in public spaces in line with stringently religious injunctions. Hijab-a religious dress code, in strict terms, requires women to conceal their bodies along with their faces-is expected to be espoused in order to guard their chastity. In the same vein, I was persuaded to observe the hijab. Once again, I resisted compliance. I revealed that Razia Sultana-a 13th century South Asian Muslim warrior-immortalised herself in history by her heroic feats on the battlefield without even observing the hijab. I refused to forfeit my right to dress. I refused to give up.

Women, in my family, are married off at an early age. They are brought up only to bear children. Women, if become mothers earlier in their lives, are said to be reproductively fertile. Younger spouses are more submissive to their husbands, it is also claimed. Taking a cue from the well-entrenched social practice, my extended family also persuaded me at the age of sixteen to tie the marital knot. Utterly disgusted and equally discomfited, I refused to pander to their wish. I remonstrated that Rabia Basri-an 8th century female mystic from Arabia-practised celibacy and remained unmarried all her life only to remain committed to the cause of self-exploration. I resolved not to get married at a tender age. I refused to forfeit my right to the decision of marriage. I refused to give up.

International exposure develops in us the capability to apprehend, appreciate and celebrate the global cultural diversity. It inspirits us with the emotional urge to sympathise or empathise with other communities. I was put down, chastised, and ostracised for having taken up the decision to study abroad at an American university. Travelling abroad, especially by women, was not only unheard of but was deemed an anathema to the family. I explicated that Fatima Mernissi-the proverbial Moroccan feminist-made a journey all the way to Paris from Marrakesh in a bid to undertake her academic pursuits. I made my mind to travel abroad for studies against all odds. I refused to forfeit my right to travel. I refused to give up.

Rooted deep in tradition, my society still continues to paint the canvas of my life with the brush of its wishes, expectations, and demands, but I have stood, gritty, in my resolution to defend my right to liberty, to expression, and to justice. Society does not deter from its persistence, and I do not shrink away from my consistency. It persists in its effort to seek my submission, my resignation, and my surrender, but I continue to refuse. I refuse to forfeit my right. I simply refuse to give up.

The writer is pursuing Masters in International Diplomacy at Near Eastern Department, New York University