‘Durj’ is a captivating recount from its commencement to conclusion 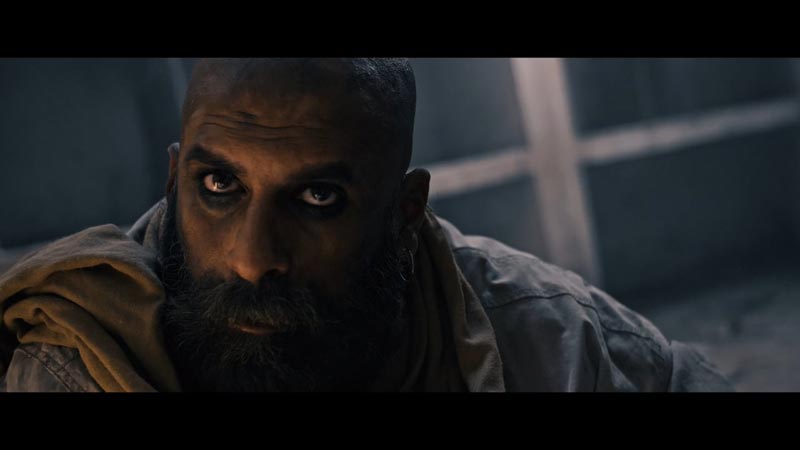 History is littered with tales of people being forced to eat others in order to survive. Movies have a tendency to sensationalise cannibalism containing deeper messages to decode beyond wondering why one would ever eat someone under any circumstances. The rules of entertainment are altering rapidly. Moviegoers, in the present day, aren’t diffident about a film wholly centred on such grim subject matters. What works for the discerning spectator in the current scenario is an even handed permutation.

‘Durj’ is the most talked-about, voraciously discussed film ever since its trailer released. The mileage it received internationally at the Cannes Film Festival has only enhanced the curiosity.

It is a mystery based on true events of cannibalism that took place in Pakistan.

The film was delayed due to a ban by censor boards across the country. The ban was however uplifted with a few but major cuts.

Despite, everyone’s curious to watch, examine, evaluate and scrutinize Durj. The stakes are high and so are the expectations. So does Durj encompass the all-important blend? Let’s explore…

The plotline: Durj kicks off with Farah Danyal (Maira Khan) who kidnaps Gul Buksh, a prisoner (Shamoon Abbasi) whom she suspects could be the key to the mystery behind her missing husband. The investigation reveals reasons, of Gul being involved in the act of cannibalism and his relationship with Laali (Sherry Shah).

Durj is a commanding story, has authoritative central characters, and has several dominant and thought-provoking moments, which makes it an all-persuasive film. It answers all the questions with adequate logic. Director and writer Shamoon adorns the film with inspirational sub-plots that advance into a stunning culmination. Despite a run time of almost 2 hours, he also sees to it that the writing is taut; the pacing is just right and at no point does the screenwriting deviate into unnecessary tracks. He has fashioned enough scenes around the plot that keep the viewer on the edge. His attempt in infusing drama in the narrative makes the movie accessible. 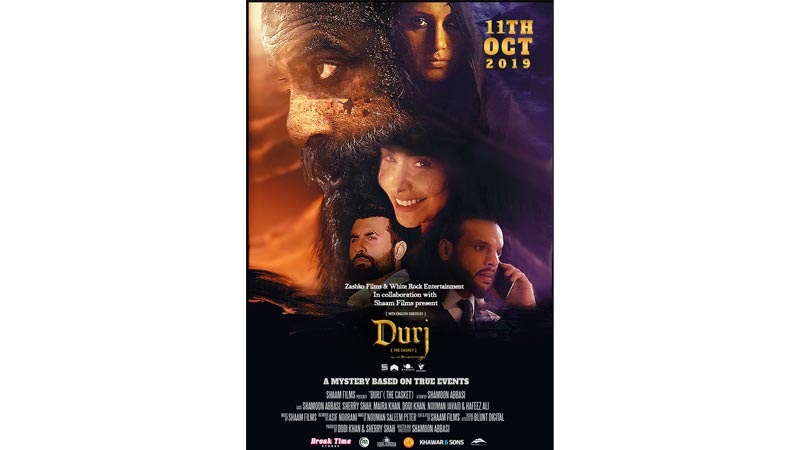 The cinematography is arresting. The camerawork is splendid: gorgeous and artistic. It captures the essence of Pakistan magnificently on celluloid. The production design is top notch. The volatile, high-octane finale is a visual spectacle. The soundtrack by Asif Noorani is magical. Dialogues are well worded and garnish the sequences beautifully.

Durj works big time because Shamoon Abbasi makes it come alive. It is several notches above the stuff we’ve been subjected to in the past. As a performer he has scaled woozy altitudes and let me affirm, the supremely talented actor delivers a performance that’s at par with his former accomplishments.

You experience compassion, resentment, defencelessness and triumph at a variety of stages. He arrives with an enlivening, commanding character is sure to win laurels by assessors and cinegoers uniformly. His body language, his confidence, his vulnerability, his fury, all fall upon wonderfully. This is indeed Shamoon’s most eye-catching act.

Sherry Shah proves that she is perhaps one of the most dedicated actors the industry can boast of and one who does not disappoint with her bold choice of non-glamorous, refreshing roles. Very infrequently does one see an actor get so deeply absorbed in a character the way Sherry does in this movie. She is matchless here and truly deserves all the accolades. Also, her pairing with Shamoon is ideal, they look wonderful together. Maira Khan interprets her character with brilliance, proving yet again that she’s amongst the finest actors we have today.

Dodi Khan is effective and owns every sequence he’s in. Nouman Javaid is first-rate.

You don’t formulate movies like Durj, targeting its box-office potential or its commercial prospects. You create such films for the passion of cinema. Shamoon could’ve easily opted for a modern-day love story, but the fact that he chose to make a mystery thriller and one that keeps you hooked for varied reasons deserves applause and encouragement from cineastes. Sure, it’s a well-made film, but, most importantly, it has substance too. Durj! is akin to a whiff of fresh air. Its foremost triumph is that it leaves you mesmerized. I sincerely believe, no movie buff should deprive himself/herself of watching this brilliant film. Also, the viewer needs to savour Shamoon and Sherry paramount performances, one of the strengths of this movie.

Final word? Fit ‘Durj’ into your agenda of films to watch. A wonderful movie-going experience, you come out feeling a sense of fulfilment. Just do not miss it. Hugely recommended!