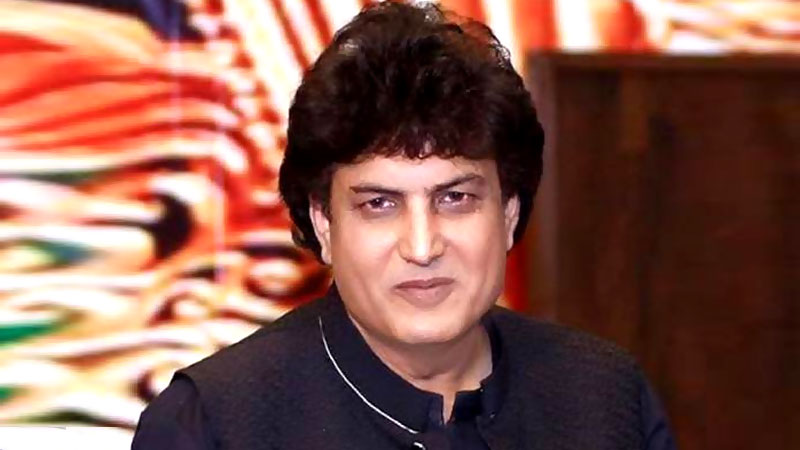 After years of writing scripts for television and films, the eminent playwright, novelist and poet Khalilur Rehman Qamar is sharing more with us in his directorial debut film ‘Kaaf Kangana’.

The film is a cross-border romance in collaboration with ISPR. The trailer sets the perfect scenario for audience, waiting for an intense love story. It features an ensemble cast that includes Sami Khan, Ayesha Omar, Eshal Fayyaz, Fizza Ali, Sajid Hassan, Aabi Khan, and Rashid Mehmood. Neelam Muneer will also be seen in a special song.

I caught up with Khalilur Rehman Qamar in a fascinating conversation about the development of the film, the challenges he faced as a director, on working with model turned actress Eshal Fayyaz, and what makes Kaaf Kangana so special.

‘We will surprise you Insha Allah on Eidul Azha’ ‘were the end credits of ‘Kaaf Kangana’ official trailer. Why did you opt out of the Eid race?

We had to postpone the release as the Digital Cinema Package of the film wasn’t available within the due course of time. The film was re-scheduled for a solo release on October 25, 2019 without any festive support. It will get the maximum number of screen count to reach out to a larger section of audience.

What led you into filmmaking? What inspired you to direct a cross border love story?

Films are a director’s medium and it’s the director’s vision that starts this whole process. I always wanted to be a filmmaker and was anxiously waiting it to happen someday. I am a true Pakistani; I would love to respond to every ugly act of Indian cinema against my country. I feel the cinematic landscape is the perfect tool to give your message to the masses; however I have put up more arguments rather than hatred.

After Urwa Hocane’s exit, wasn’t it a big risk casting a new girl in your debut film? Did Sami Khan and Ayesha Omar manage to matchup to your expectations?

Eshal will be such a pleasant surprise that audience will remember her performance for a long time. I knew she was just perfect for the part; Kaaf Kangana was perhaps destined to be given to the deserving candidate. Sami Khan was a better choice and with time he will prove his mettle. He is a gifted artiste with a lot of maturity and coolness. Ayesha Omar was effortless; did a great job and always surprised me with her quick learning abilities.

What were some of the challenges that you faced as a director?

It was difficult, of course; to make an entire team believe in your vision is quite a task. I had to face many challenges but I am gifted and well versed to handle them all.

Could you tell us about the music album? Neelam Muneer’s song is already a hit. Your comments.

Kaaf Kangana’s music will be the greatest music album of the decade; the music by Sahir Ali Baggha is one of the major strengths of the film. We have Rahat Fateh Ali Khan, Shafqat Amanat Ali, Arif Lohar, Farhan Saeed, Jabbar Abbas and Aima Baig on board. Neelam showcases some killer dance moves and the ease with which she dances is commendable.

Are you happy with the response to the trailer? How do you think the people will react to the film?

I am really happy; it’s very humbling, people have shown immense love to the trailer and film. It’s a well told love story with an interesting backdrop dealing with intense emotions. I have been always shy in terms of making claims; but god has permitted me to do so. I am sure the film will do some great wonders at the box office. Cinema over the years has changed for the better; as far as the audience is concerned, Kaaf Kangana will surely give them a run for their money.

What would you say about your comeback project on TV ‘Mere Pass Tum Ho’ which has turned out to be a huge success?

It isn’t a comeback; television has been and will equally be my love always. It’s great to see audience showering their love at it.

What advice would you have for aspiring writers in general?

I think every writer should go according to the gift and skills bestowed by Allah Almighty and shouldn’t follow the number game.