* The film plunges audiences into the life of Arthur Fleck, a failed comedian plagued by Pseudobulbar affect, who resides in the Batman staple Gotham City during the 1980s 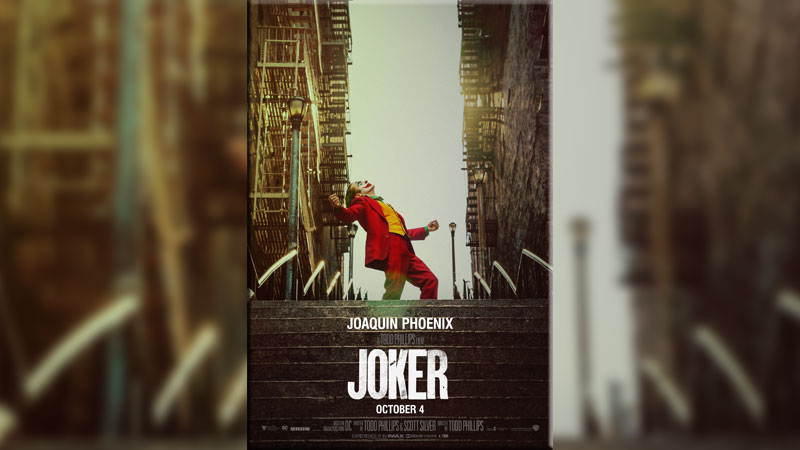 Yet, as details regarding the project were released, it seemed a far less ludicrous prospect; the casting of the brilliant Joaquin Phoenix (nominated for Academy Awards in his roles in Gladiator, Walk The Line, and The Master) as the titular character was met with near-unanimous praise, as was the (albeit brief) involvement of Martin Scorsese as producer. The discourse surrounding the film was divided between admiration for the film’s efforts to venture beyond Disney’s formula for comic book adaptations, and (largely unfounded) apprehension among many regarding the possibility of the its apparent moral ambiguity inspiring a wave of attacks mimicking the mass shooting executed during a screening of The Dark Knight Rises in Aurora, Colorado in 2012. Regrettably, Joker does not seem to validate the arguments of either faction; for a film that generated a torrent of polarised press coverage and captured the attention of the United States military, it is remarkably unremarkable.

The film plunges audiences into the life of Arthur Fleck, a failed comedian plagued by Pseudobulbar affect, who resides in the Batman staple Gotham City during the 1980s and through whose perspective the film’s descent into lunacy unfolds. Nevertheless, although its attempt at differentiating itself from its genre’s contemporaries is largely successful, Joker fails to achieve the thematic depth of any of its derivatives; in struggling to establish itself as an outlier from the factory assembly line of studio-mandated productions, throughout the course of its runtime, Joker is only ever a pale imitation (and at times, shameless echoer) of Taxi Driver, ‘The King of Comedy’, ‘One Flew Over the Cuckoo’s Nest’ and a variety of far superior films. Figuratively, ‘Joker’ is the end result of Banksy attempting to recreate Da Vinci’s The Last Supper; a firm effort, to be sure, but doomed by futility in the fact that the former, in their lack of subtlety, cannot hope to recapture the poignancy of a work as rightfully iconic as the latter.

‘The King of Comedy’, ‘One Flew over the Cuckoo’s Nest’ and a variety of far superior films. Figuratively, ‘Joker’ is the end result of Banksy attempting to recreate Da Vinci’s The Last Supper; a firm effort, to be sure, but doomed by futility in the fact that the former, in their lack of subtlety, cannot hope to recapture the poignancy of a work as rightfully iconic as the latter

Cinematographically, Joker is hauntingly stunning; Lawrence Sher frames the claustrophobic corridors and foreboding streets of Gotham as perpetually on the verge of enveloping the protagonist in darkness; moments of detached intimacy, from which the camera acts as a silent observer, abruptly twist into intimate detachment (particularly during moments of stark violence). The film’s pensive colour palette and usage of neon is evocative, once again, of Taxi Driver; the difference being, however, that where Taxi Driver allows audiences to observe Travis Bickle’s depravity objectively, Joker’s lingering focus romanticises Arthur as a populist icon (in spite of his denial to accept the title).

The score, composed by Hildur Guðnadóttir, weaves an elegiac, sombre tone that grows ever-more discordant with Fleck’s ever-present psychological breakdown; its sonorous cello bass endeavours to transpose the bleakly human elements of the film with the phantasmagoria of Fleck’s ever-looming transformation into the Joker. Whilst this musical lamentation may have been fitting for a film with a more nuanced viewpoint of its protagonist, the triumphant turn in the score towards the third act feels incongruous in consideration of what the protagonist commits (as is an especially perplexing needle-drop in Fleck’s final stage of metamorphosis).

Almost singlehandedly anchoring the film is Phoenix’s tortured rendering of Arthur Fleck, an emaciated phantasm of a man; simultaneously wretched (due to both his socio-economic condition and mental illness) and indefensibly appalling, Phoenix’s grotesque physicality evokes his similarly distraught rendition of Freddie Quell in the eccentric The Master (albeit a far less subtle version). Presented as a rejection of nature whose condition prevents meaningful social interaction, Fleck seems intended to act as a representation of Gotham’s downtrodden. A composite of Taxi Driver’s Travis Bickle and The King of Comedy’s Rupert Pupkin, Fleck aspires to escape poverty through, as the film’s tagline states, putting on a happy face, and pursuing a career in stand-up comedy; his continual failures and constant polarization between sobbing and laughing attempt to invoke sympathy in the audience, which it may have done so had it not been for Joker’s greatest crime: its script.

One of the many facets of Taxi Driver that renders it relevant even today is Paul Schrader’s intelligent, multi-faceted script; it presents Travis Bickle (whose portrayal by the peerless Robert De Niro is a far more discerning depiction of radicalization than its imitators) as the despicable individual that he truly is, whilst also granting audiences insight into his thought process. Similarly, Joker’s script is what, lamentably, defines it. One of the most preposterously dreadful screenplays in recent history, its plot shifts from what could have been a restrained, clever social commentary into a drunken flurry of fan service, plagued by indecision between being a faux Scorsese and yet another comic book origin story. Its dialogue, in particular, has all the thematic subtlety of a hammer, robbing it of any potential to offer unique insight. Joker is a film that seeks to inspire controversy, and uses (blandly depicted) violence for shock value; this condenses it into merely a prime example of an attempt to act more important than it really is, whilst playing it inopportunely safe.

Disappointingly, ‘Joker’ is a sum of well-executed components that is let down by a threadbare, unrelentingly incoherent script and plotline that renders it barely any different than both the films whose spirit it attempts to reject and embody.

The writer is a student and can be reached at aryan.tauqeer@gmail.com