LONDON: Global bottled water giants are ramping up trials of easily recyclable aluminum cans to replace plastic that pollutes the world’s seas. Sound like a slam-dunk for the environment? Not entirely. 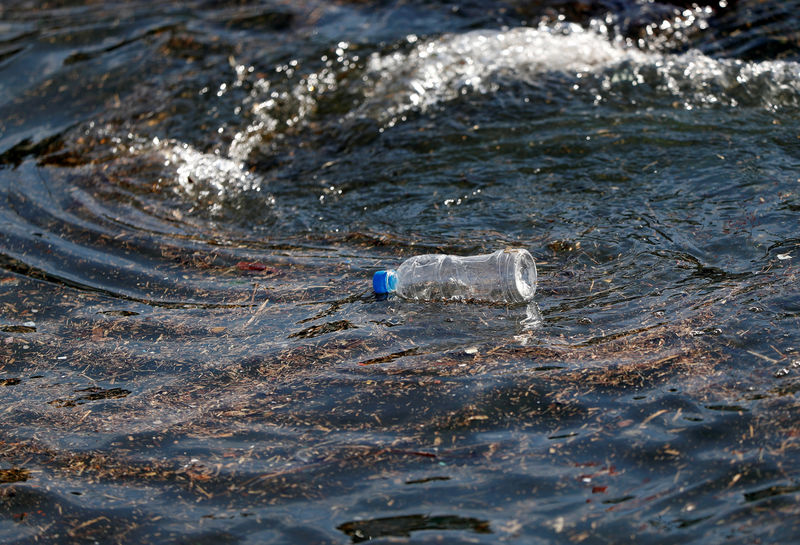 Aluminum cans might indeed mean less ocean waste, but they come with their own eco-price: the production of each can pumps about twice as much carbon into the atmosphere as each plastic bottle.

French group Danone (DANO.PA) has become the latest company to make a move, telling Reuters it had started to replace some plastic bottles with aluminum cans for local water brands in Britain, Poland, and Denmark.

The beverage industry has been scrambling to react to public anger over scenes of huge piles of plastic waste contaminating oceans, pledging to step up recycling efforts.

However it’s not black and white on the green front. By increasing recycling via cans, companies could fall back in efforts to reduce their carbon footprints, illustrating the tough juggling act they can face to keep environmentally conscious investors, campaigners and consumers on-side.

“That’s the dilemma you’re going to have to choose between,” said Ruben Griffioen, sustainability manager of packaging materials at Heineken, adding the company was trying to reduce both plastic waste and emissions.

Recycling plastic is more complex, leads to degradation and has lower reuse rates than aluminum – so the metal has been heralded as a greener alternative. Cans have on average 68% recycled content compared to just 3% for plastic in the United States, Environmental Protection Agency data shows.