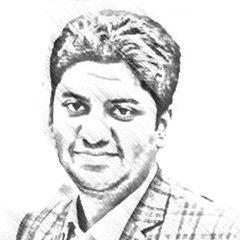 “Expeditious Justice Initiative” (hereinafter referred as EJI) is a step taken by the higher judiciary in fulfillment of an obligation to provide and “ensure inexpensive and expeditious justice”to the citizens of Pakistan; as a result, Model Criminal Trial Courts (hereinafter referred as MCTCs) were created around five months ago, and they have also been recently applauded for their speedy disposal of cases. They have decided a number of cases, precisely 12,584 in such a short span of timewhich hitherto could not be done before. Be that as it may, the disposal rate is as per aspirations; whether the justice is too? This is and always been an intrinsic question in judging the administration of justice in a country. The foremost suggestive criterion to review MCTCs in the administration of justice is to analyze its repercussions on practical side, for which we will analyze briefly its narcotics and murder trial side.

Before to anatomize EJI and its consequences, it would be pertinent to understand it briefly. The idea was a time-bound criminal trial mechanism, in the country within the available resources, in the execution of which on March 11, 2019 MCTCs came into being. In this regard, 167 MCTCs are working for five months. EJI’s objectives include: the time-bound criminal trial, efficient trial management, and the fixthree months’ timeframe for the completion oftrial. Further, it was also aimed to substitute stereotyped approach in cognizance and initiation of trial of cases, and to discourage the miscellaneous frivolous petitions in subjudice matters, besides taking bar on board, all this and more with a proactive approach.

Now coming towards the aftermath of EJI, foremost aspect is that it cannot be hailed on-rather should not be hailed on- the basis ofquantitative results it produced.Justice was never the domain of quantitative approach, yet the quality justice was and is the hallmark of a fair trial. Although article 37(d) of the constitution guides the vanguards to “ensure inexpensive and expeditious justice” but not at the cost of article 10A which guarantees the right to a fair trial. This right is not only of the accused but also of the victim and the society. True in the presence of backlog of cases which are multiplied day by day, the accused must not suffer due to the burden on the court, because the acts of the court should prejudice nobody. But it is not the accused side who only suffers and to give him expeditious justice, we may put at peril the one whose loved one was murdered. Besides justice they also seeks mercy and sympathy from the court.

The fear of time because the clock is ticking, and of its natural corollary a Damocles sword is always hanging over the head of lawyers, litigants, officials, and witnesses, etc. consequently more perplexities and difficulties for everyone, despite that if not accepted as truth

Now, we begin with the examination of narcotics cases at a practical level in trial courts. Amongst the 7,687 narcotics cases, we see that most cases were at ripen stage pending adjudication in various courts, the majority of them were in waiting lists to be announced or at most, their evidence was completed.But respectfully, the basic principle of criminal jurisprudence is that only proper person who can decide a case is the one who has conducted the proceedings from start to the end, heard the evidence himself, get it to record, and administer justice by hearing the summing up arguments from both sides, with an exception under section 350 of the Code of Criminal Procedure, 1898. It ensures the justice and the confidence of litigants at court. Besides, we have also observed that most of the disposal is on the technical grounds, at the default of Government Analyst’s report, because it has been held by Supreme Court in Imam Bakhsh’s case that the report must elaborate the procedure it adopted in analysis; unfortunately its defiance results in acquittal. Thus it is another question mark for the sake of justice, whether at the default of authorities and institutions, the only possible way is the speedy disposal of cases or to bring those at the dock for their negligence while ensuring decision on the basis of evidence.

Next comes, the murder trials, whereinreiterating the above-mentioned ground that cases were on the verge of finality, the foremost issue is with its time-bound approach. The fear of time because the clock is ticking, and of its natural corollary a Damocles sword is always hanging over the head of lawyers, litigants, officials, and witnesses, etc.consequently more perplexities and difficulties for everyone, despite that if not accepted as truth. Moreover, the law obliges on the court to get the evidence on the record in its presence and by himself, but we have seen that in MCTCs two or more cases at the same time are open for the recording of depositions and disposal. For instance, in one case court’s mind is on final arguments and simultaneously its mind is on the evidence in another case. And we know that human’s brain is not a limitless machine, so as not of the judge. Besides lawyers too are human, and it is humanly not possible for a lawyer to get prepare all of the things in numerous cases, admittedly it is a hectic job.

Furthermore, the witnesses too are human beings, mostly they are illiterate, exhausted, pressurized, frightened, in grief and deep sorrow, and we bring them to their knees to forget everything and give evidence regardless of how much in shock their minds are. It sometimes get humanly impossible for both client and his lawyer to be prepared in hastenfor trials. Nonetheless, a lawyer may also fail to fulfill his job efficiently which is to protect his client’s interest, because to get his client familiar with court’s proceedings along with the culture and norms of it, it often becomes impossible for a desperate complainant and witnesses in such a hustle. Official witnesses known as court witnesses are too part and parcel of the system, and mostly they are police officials or doctors, etc. The public prosecutors are the ones who are at the helm of trial work and because of huge number of cases, it has been observed that they could not effectively get prepared these witnesses. These hurdles may result in substantial miscarriage of justice.

Last but not least, a balanced approach is required amid expeditious justice and a fair trial. And one should not forget that the former approach is the principle of the policy of a state, and the later one is a fundamental right. Besides this, the technical quantitative time-bound approach towards “inexpensive and expeditious justice” of article 37 (d) of Constitution of Islamic Republic of Pakistan, 1973 by putting at peril the confidence of citizens and lawyers over MCTCs, their working capacities and efficiencies, without resorting towards the reforms of the old fashioned precarious shaky investigating institution-Police reforms, and by bounding and cheering the courts fortheir high disposal rate and in the same vein giving it the only least possible meaning of “inexpensive and expeditious justice”, is a big question mark. Because this question emanates from the golden words of Lord Chief Justice Hewart’s in McCarthy’s case in 1924 that “justice should not only be done but should manifestly and undoubtedly be seen to be done”. Nevertheless, these words were uttered nearly a hundred years ago, but they are still the guiding grundnorm in the safe administration of justice, and calling for a balanced approach amid in a right to a fair trial and speedy disposal of cases.