The Art of War helps with our daily conflicts, obstacles and goals 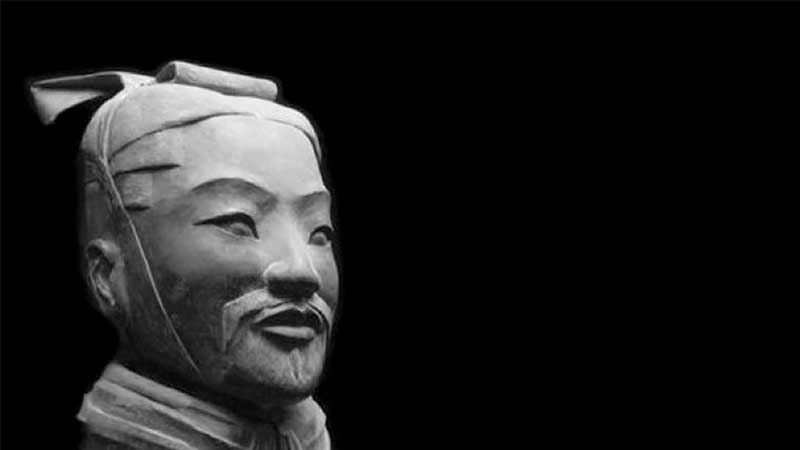 “The Art of War is as important for the generals of any nation as oxygen is necessary for living things; military action is important to nation – it is the ground of death and life, the path of survival and destruction, so it is imperative to examine it.”

Art of War is a book of warfare and war tactics, strategies and techniques to win without going to battlefield written by a famous Chinese war strategist Sun Tzu in 6th century BC. The book was originally written in Chinese but translated to many languages of the world including English. The Art of War is a book comprising of 13 chapters, each defining a different aspect of war with the theme to “Win without fighting.” In the Art of War, Sun Tzu putts stress on strategy making that lead to evident success. He presents such strategies in warfare, which opt properly and consciously by any army, will lead her to permanent victory without going into the battlefield and using armed forces.

The second and third chapters are about planning and doing battle. In these chapters, Sun Tzu introduces us to some tactics that become the reason for victory in battles. Sun Tzu restricts generals for sending armies far away from supply camps and headquarters and for keeping long supply routes. He insists not to go and do battle but wait for the enemy and make her come to you, then you can better have control over her.

“If you can’t be strong, and yet can’t be weak, this will result in your defeat.”

The fourth chapter is about the formation of troops. Sun Tzu says, don’t keep a constant formation, and change your formation in such a way that ensures your victory. Furthermore, he emphasizes to keep your formations inscrutable/hidden. Appear deformed when you are formed and formed when you are deformed. Win by deceiving your enemy, suddenly appear on such a ground and attack where the enemy doesn’t expect you. This will lead you to success in battle.

The fifth chapter is about the force. Sun Tzu demonstrates the ways of using forces to get the victory. He is agreed on, not to divide your forces, it results in your defeat. But, instead, appear divided when you are whole. Never dissipate the momentum and energy of your forces by confronting first. In battle, confrontation is done directly, and victory is gained by surprise. Go for surprise attacks instead of confrontation. 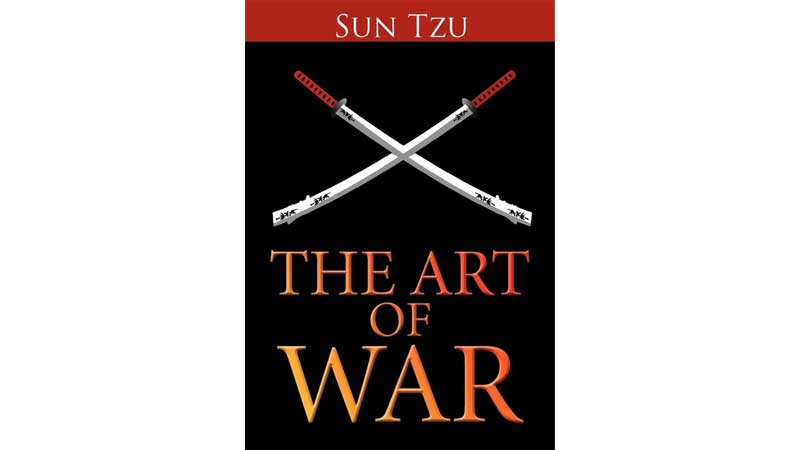 “The good warriors cause the enemy to come to them, and do not go to the enemy.”

The sixth and seventh chapters are about emptiness, fullness, and struggle of armed forces. In these chapters, Sun Tzu believes that militarists avoid the full and strike the empty, so they first have to recognize emptiness and fullness in others and themselves. Means, first compare the strengths and weaknesses of your and enemy’s army, then strike them if you are strong and avoid if you are weak. In these chapters, Sun Tzu again accents on not to go first for battle but lure your enemy to gain something, and they will fight constantly and you just have to resist them. It will make them tired and exhausted, while you will be full and energetic, then attack them and they can be destroyed easily. Furthermore, he says, do not press a desperate army, which is already in war or which is already in havoc problems. Because an exhausted animal will still fight to the death, as a matter of natural law. Eighth and ninth chapters are about adaptations of various tactics and manoeuvring the armies. Here adaptation means not holding on fixed methods, but changing appropriately according to events, acting is suitable. He, says, change your plans and strategies according to the situations and plans of the enemy so that you can better encounter with their army. And manoeuvring the armies means, to choose the most advantageous ways to go. Be humble to your enemy and increase your war preparation that is to deceive your enemy.

Chapters ten and eleven are about battlegrounds and terrain. In these chapters, Sun Tzu suggests some grounds that could be favourable for any army in war. He suggests not to fight when your enemy is at some height from you and you are climbing. But fight when you are at uphill and your enemy is climbing up to attack you, encounter them and you will destroy them.

Last two chapters, chapter twelve and thirteen are about fire attacks and use of spies respectively. He elaborates five kinds of fire attacks that are, burning people, burning supplies, burning equipment, burning storehouses, and burning weapons. According to him, fires must be set in dry and windy weather. When he talks about the use of spies, he believes that victory is impossible without the use of spies in any battle. It becomes imperative for you to use spies in order to be alert about the next moves and plans of your enemy. And when you are aware of the moves and plans of your enemy you can better plan to encounter her. He tells about five kinds of spy, which are, local spy, inside spy, reverse spy, dead spy, and living spies. When these five kinds of spies are all active, no one knows their routes-this is called organizational genius and is valuable to leadership. Give rich rewards to spies so that they keep their espionage secret. To sum up, the Art of War says; “A government shouldn’t mobilize an army out of anger, military leaders shouldn’t provoke war out of wrath. Act when it is beneficial, desist if it is not. Anger can revert to joy, wrath can revert to delight, but a nation destroyed can’t be restored to existence, and dead can’t be restored to life. Therefore, an enlightened government is careful about this, good military leadership is alert to this. This is the way to secure a nation and keep armed forces whole.”

The Art of War can be applied to life’s daily conflicts, obstacles and goals.