Donald Trump’s hard-selling Kashmir mediation bid was always a non-starter. He now counsels Pakistan and India to resolve all differences, including the Kashmir dispute, through bilateral talks. In other words, the US president has pragmatically vetted India’s divisive and conflict-ridden move to dismantle the autonomous status of its controlled part of Kashmir, splitting the region into two union territories-Jammu and Kashmir (J&K) and Ladakh. 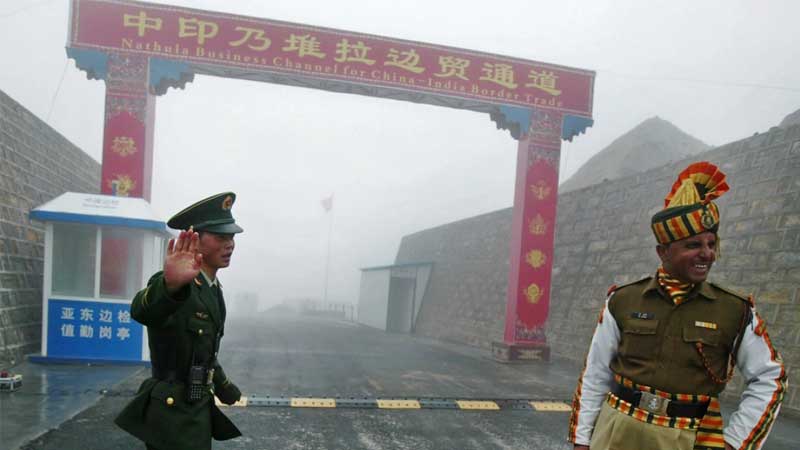 The right wing, nationalist BJP would profoundly exploit the veiled US endorsement to further militarise the China-India-Pakistan contested zone, and coerce the almost 12 million people of Jammu, Kashmir and Ladakh to crouch down to a Hindu-extremist ideology. The insoluble Kashmir puzzle would additionally dampen the already ruptured New Delhi’s bilateral relations with Beijing and Islamabad as well as procreate frictions and spark tensions in arguably the most destabilised region in the world.

As international community and the global media is focused on the Indian crackdown on Kashmiris, the carving of Ladakh could be seen as a joint Indian-US action in the larger perspective to check China’s growing influence and to monitor Russia.This may be the reason why just within over a month of gaining the status of a union territory, concern has prevailed over the initial excitement even among the non-Muslim population of Ladakh. The fear of ‘outsiders’ threatening the existence of the locals is now gripping the streets of Leh, the capital of Ladakh.

Though the United States is relatively vocal on J&K, its muteness on Ladakh, which also continues to witness a heavy lockdown after the contentious Indian decision, fans the apprehensions about an India-US larger regional strategic alliance. Despite all its efforts to take effective control of Afghanistan, Washington has so far failed to defeat the Afghan Taliban, and to use the distraught country freely as a base to keep tabs on China and Russia. It, therefore, might have been considering an alternative strategic location.

At the same time, India has been the only regional country that was viewing Taliban-US peace negotiations as a threat to its national security, and that higher stakes in Afghanistan would concede the strategic balance in favour of China and Pakistan. The evolving regional scenario could drive New Delhi and Washington to form a more strengthened strategic alliance, and make Ladakh, potentially, a new US joint strategic base in the region.

Ladakh’s vital strategic importance of gaining direct access to Tarim Basin and the Tibetan Plateau pushes for a deeper India-US cooperation. Daulat Beg Oldi is the existing Indian military base, located on the ancient trade route connecting Ladakh to Tarim Basin in northwest Chinese Xinjiang region. While Ladakh will now be an Indian union territory without an assembly, doubts over US’ growing strategic interests in the region mount drastically. With no Ladakh political representation, the step to install an Indo-US strategic base would be comparatively much easier.

On Wednesday, the border tensions between India and China heated up once again after troops from both sides engaged in a brawl near the northern bank of the 134-kilometre long Pangong Tso, Pangong Lake, which extends from Tibet to Ladakh, and is largely controlled by China. However, the situation was defused, and soldiers were ‘completely disengaged’ after brigadier level talks across the Line of Actual Control.

But the situation could escalate soon as India would be launching the biggest military drills comprising about 15,000 soldiers, including air force personnel, in the disputed Arunachal Pradesh, which China calls South Tibet, near the Chinese border. Radical and hawkish BJP leaders have been publicly threatening to annex Pakistan-administrated Kashmir and Chinese Aksai Chin. In his speech to Lok Sabha, Indian Home Minister Amit Shah pledged to die for both territories. “Kashmir is an integral part of India. I want to make it absolutely clear that every single time we say Jammu and Kashmir it includes Pakistan-occupied Kashmir, including Gilgit-Baltistan, as well as Aksai Chin. Let there be no doubt over it. The entire Jammu and Kashmir is an integral part of the Union of India,” Shah said.

New Delhi could term it a political stunt to gain common Indians’ support, but the diplomatic rhetoric continues. While talking to Hindustan Times afterwards, Indian diplomats affirmed that India has the right to expect China to respect its sovereign claims over Ladakh and Aksai Chin just as China expects India to accept its claims over Tibet, Taiwan and Xinjiang as part of the ‘One China’ policy. The BJP has a history of criticising Beijing for ‘occupying’ Aksai Chin. Addressing an election-bound rally in Ladakh in November 2014, the then Indian Home Minister and now Defence Minister, Rajnath Singh panned China for illegally seizing the Aksai Chin area. He also came down heavily on Chinese military for their ‘incursions’ in the mountainous expanse. On August 29, 2019, he again travelled to the Buddhist-dominant Leh town of Ladakh to motivate the Indian military.

So India underpins the paramount strategic importance of Ladakh, without which the People’s Liberation Army “would be sitting on the southern foothills of the Himalayas.” Lately, the idea to blunt the China-Pakistan Economic Corridor is being rejuvenated in India by offering China an alternative energy corridor from an Indian port running across Ladakh to China. “Why not jointly use the Aksai-Chin Highway?”

In the form of Ladakh, India and the US would find a common area of cooperation to impede China. While US presence on a closer front would allow India to expand its influence, defence authorities in New Delhi could ratify the notion. Given the proximity of China-India-Pakistan border and the pervasive presence of Indian Army and paramilitary forces, Ladakh’s strategic importance intensifies substantially. And with limited Indian military capability to match the growing Chinese military might, an Indian-US military cooperation couldn’t be completely ruled out.

The writer works in a private organisation as a market and business analyst, and writes on China-US trade war, geopolitical issues and regional conflicts