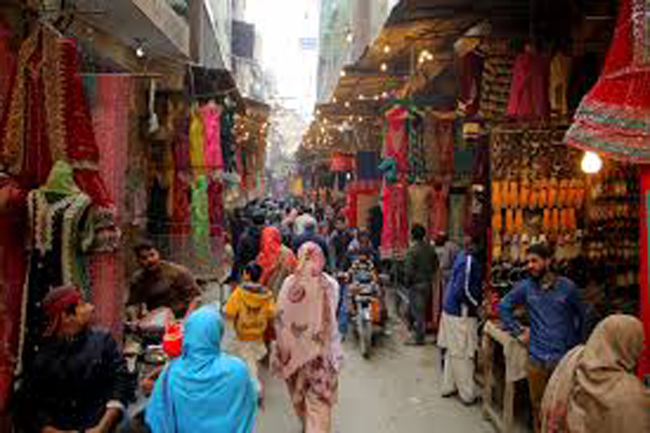 Anarkali is one of the oldest markets of Lahore. It is the place where celebrities, laureates, bureaucrats and many men of recognition spent their golden time. It is the epitome of the culture of Lahore. It is the place that connects multiple government offices, universities, hospitals, high court, and museum. The most important fact is that it is second home to hundreds of students of National College of Arts, Punjab University, University of Veterinary and Animal Sciences, Government College University, King Edward Medical College etc. It not only includes male students but also young female students. The problem under consideration is that Anarkali is no more a safe zone for young female students of these universities. Many mentally ill men, sometimes drugged are seen roaming in the market, cat-calling female students in front of police mobiles. If they complain to the police officers on duty they get a reply that that particular person is mentally ill, don’t bother him.

It is not possible for female students to avoid passing through Anarkali as it connects universities to Urdu Bazar and bus stops. In addition, avoiding going to Anarkali is not the solution of the problem. The place belongs to the female students as much as it belongs to the shopkeepers, male students and the public. Ignoring such mentally ill people is also not the solution. It is the basic right of every individual to get a comfortable and secure environment in public places. Knowing that a person is not mentally in his senses and can do anything, it is shameful for the police to turn deaf ear on this issue. It is more staggering that on complain, instead of resolving the matter, the police tell the complainant to compromise as the person is not in his senses.

In a time when the number of rape and stabbing cases by mentally sick people are increasing day by day the neglecting attitude of police at such a prime location is deplorable. Are the police waiting for an incident to happen? Or preemptive measures are not included in their duty? Moreover, the number of such mentally ill and drugged men are increasing day by day and no action has yet been taken to curb this problem. The drugged men are often seen sleeping on the bus stops and footpaths. There is no proper place to keep them and no authority is taking the responsibility to rehabilitate them. They are being left on their mercy as if they are not the citizens of Pakistan or they are not human beings. The problem is not only of the female students. It is also of those people who are not mentally well. They have no support of government to make their lives batter. They belong to no one. They are treated as invisible dead bodies that cannot be seen by authorities but they are polluting the environment.

In the end, the question is are the authorities awake? Or the people of Anarkali have to wait for a horrendous incident to wake them up?