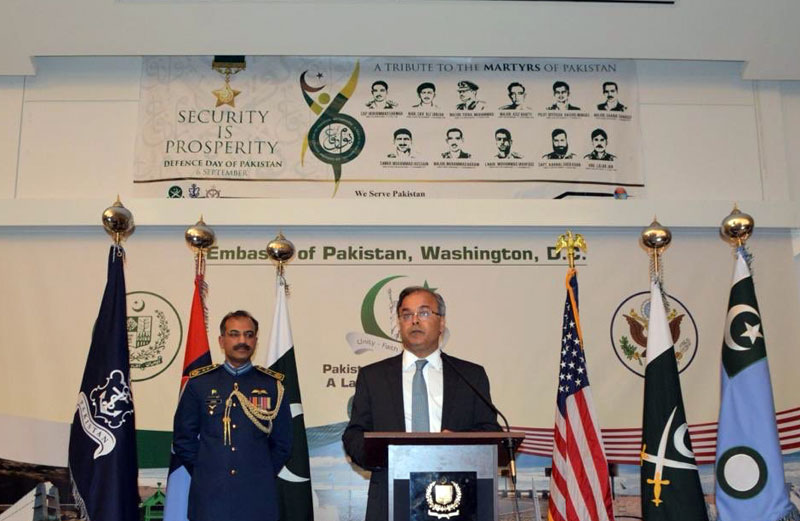 In his address at the Pakistan Embassy in Washington DC to mark Defence & Martyrs Day, Assistant Secretary of Defence, Randall Schriver, said Pakistan and the US have a very special relationship that the US appreciates and “jealously guard.”

He also praised the “significant contributions” the Pakistan army has made. “We appreciate everything Pakistan has done to get us to this point and we appreciate the cooperation going ford on the very important work.” He added, “The U.S. looks forward to developing that relationship and continuing to work together.”

This year ‘Defence Day’ is observed with ‘Kashmir Solidarity Day’ to express Pakistan’s unwavering support to Kashmir that has been occupied by Indian forces for almost five weeks.

The Defence Attache, Brig. Kamal Anwar Chaudhry also echoed his views in his address, “Pakistan and the US have a historic bond – our defence relationship spans decades…a particular bond between the two countries…Pakistan remains committed to peace in the region and the world, working together our militaries can be a force of stability in the world,” he said.

He continued, despite a “shortage of resources” Pakistan defeated the enemy, our armed forces have stood together to fight the war on terror,” he said.

He reflected on the Peshawar school killings in 2014, when 152 children were murdered “just because their parents were fighting the terrorists.” He said, “This savagery only hardened our resolve and galvanised our nation to continue to keep fighting against terrorism.”

Paying tribute to Kashmir he said, “This day marks the 31st day of Kashmir, lockdown and cutting off all communication with the outside world.” At this point of grave crisis, Pakistani armed forces stand with the Kashmiri people.” 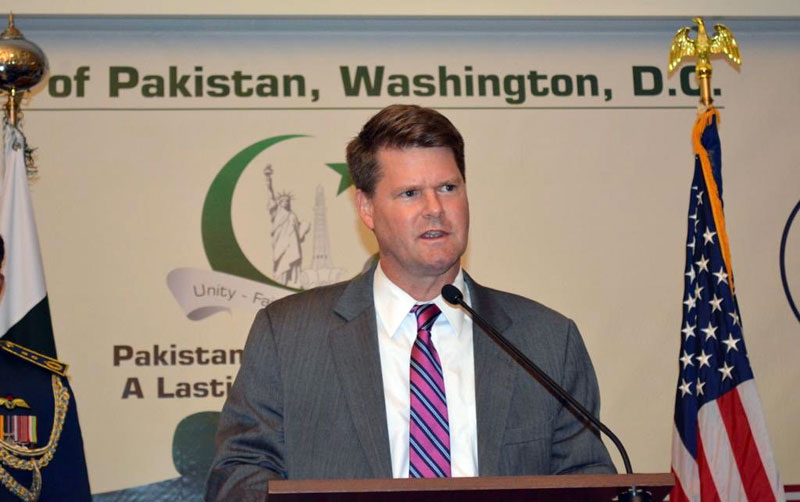 Ambassador Dr Asad Majid Khan also paid tribute to the people of Kashmir. “Throughout our history Pakistan has confronted and overcome aggression and terrorism.” He said.

Speaking on the US-Pakistan relationship he said, “Since 2001 Pakistan and the United States have been partners in the war against terrorism. Because of our joints efforts, we have diminished threats like al Qaeda, who are opposed to peace and security in the region.”

He highlighted, “This has only been possible because of the armed forces…the entire nation owes them a debt of gratitude.”

He continued, “Pakistan pledges to promote peace at the regional and the global level to promote Pakistan Prime Mister Imran Khan’s vision…in the past year Pakistan has fully supported US efforts to achieve a peaceful political settlement in Afghanistan. As a result, today there is prospect for peace in Afghanistan.”