Miyako — leading the third wave of sushi restaurants in Karachi

* Things are changing fast on the Karachi culinary map with the third wave of restaurants like Makotoya, Chop Chop Wok and now Miyako serving sushi to patrons here 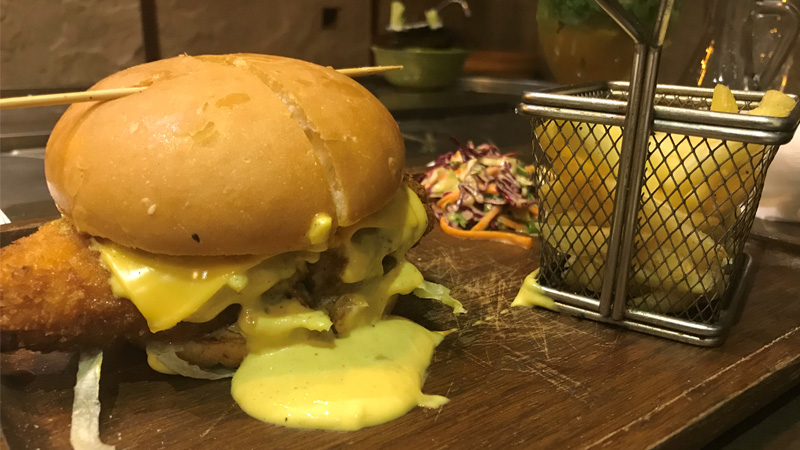 Back in the day, Karachi used to have only Sakura at the Pearl Continental or Fujiyama at Avari towers if one wanted their sushi fix.

After that there was a second wave of sushi establishments like Oishi Sushi and Kamemeshi which eventually closed shop. It seemed the market wasn’t big enough for Japanese fare at that time.

Things are changing fast on the Karachi culinary map with the third wave of restaurants like Makotoya, Chop Chop Wok and now Miyako serving sushi to patrons here. Sure there is a lot of competition, withrestaurants serving Arabic, Turkish, Lebanese, Italian and Mexican cuisines all competing for our taste buds and wallets but Japanese cuisine has been a niche that has always had a loyal following in Karachi and now seems to have grown on the restaurant going public here.

Situated on Bukhari commercial right next to Chaaye Khaana. The whole lane has seen quite a few restaurants that have cropped up of late making it a vibrant spot.

A casual look at the menu shows comfort food items along with the Japanese fare. Although having a lot of menu items could be a make or break proposition for an establishment as either it could have a diverse set of loyal patrons or it could fall short of trying to do many things together. So where does Miyako fall? Read on 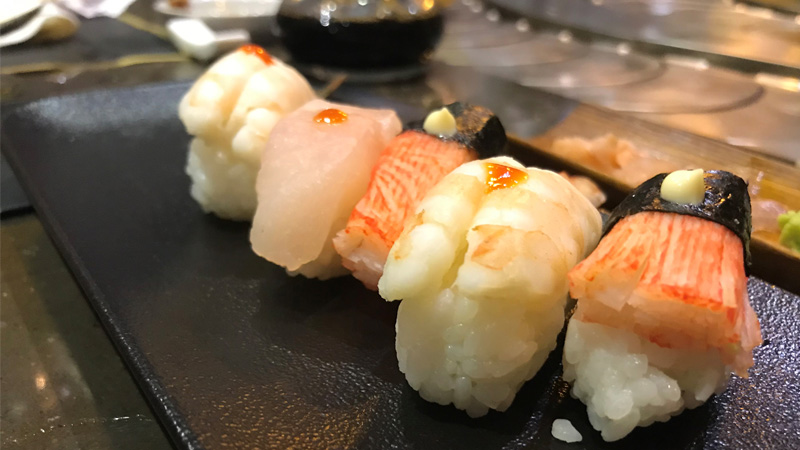 The oyster sauce in vats placed next to the conveyer belt has a nice smell with notes of sweetness that you normally don’t find in the oyster sauces.

As that would be the base condiment for all the Japanese meals that was a good sign. To start things off the server prepared for me the California sushi which we scarfed down after which there was the assorted seven piece sushi prepared on slices of salmon and crab rice placed on tiny morsels of rice. The oyster sauce and the explosive wasabi complemented the taste of the sushi.

Next in line were the Thai beef noodles which were a special suggestion by the chef. They were served piping hot with tiny beef skewers and vegetables. The serving had a very nice aroma to it with the vegetables tasting fresh and the beef being tender without being hard and chewy. Aside from that there was the honey mustard burger with the biggest fillet of chicken wedged between buns that I have seen so far. The burger was served with cheese oozing out of it which always make for a mouth watering spectacle. I washed it down with Mint Mojito – a concoction of 7UP, lemon wedges and mint. The beverage was a nice pairing to the food, without having a sugar surge taking over the overall taste.

Verdict – Miyako is a welcome addition for sushi lovers who are looking for both Japanese cuisine and comfort food at a reasonable price. As the sushi wars heat up in Karachi it would be nice seeing what innovation they bring to the table- pardon the pun. With a diverse menu it ticks all the boxes when it comes to taste and ambiance. A must try!