* The wound is the place where the light enters you — Rumi 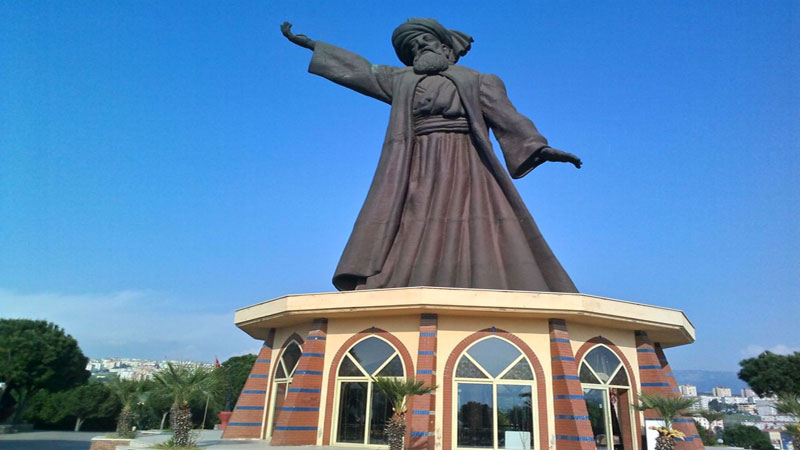 The 13th Century mystic, who inspired Iqbal as a spiritual guide, Maulana Jalal ud Din Rumi, is holding the central stage for us once again. He has become a new sensation in the West. The literary gems produced by the exalted mind of Rumi have been translated into dozens of languages. If you goggle it, it will be revealed on you that he is the best selling poet in the United States right now. People are thrilled by his message. His writings are full of wisdom and insight which leave the reader mesmerized by their station.

The sublime teachings of Maulana are unbound by time. They are of universal appeal still very much relevant in our times. As he himself prophesized that, there will be people in the ages to come who will be able to comprehend the meaning of his epic and to relate its secrets.

Rumi used to be a sober scholar who taught law and theology to his students in Konya before the descent of Shams-i-Tabrizi into his life which changed his world altogether. He already had found a place of regard among the academia elite there but he was unsatisfied spiritually. He felt something lacking, a hollowness deep inside. He craved for a meaning and which he found as a result of his quest. As in his own words, “what you seek, is seeking you.” Shams-i-Tabrizi was the answer to all of his woes.

His companionship transformed Rumi into being what today he is known as to be. A great philosopher, poet, sufi and a thinker beyond limits. As the result of his very first encounter with Shams, Rumi was overcome by an influx of knowledge and spiritual awakening. It was so arresting that Rumi became obsessed with Shams instantaneously. The entry of the Shams into Rumi’s life was not a mere coincidence there was a greater scheme behind. It was like opening of a window for him into the world of mysteries.

Rumi used to be a sober scholar who taught law and theology to his students in Konya before the descent of Shams Tabrizi into his life which changed his world altogether. He already had found a place of regard among the academia elite there but he was unsatisfied spiritually. He felt something lacking, a hollowness deep inside

He turned ecstatic. This intimacy with his mentor provided for the required spiritual ripeness to the Rumi. As he later on sums up the journey of his transformation in these words, “the fruit of my life is no more than three words, I was raw, I was cooked, I was burned.” This burning is the enlightenment of the soul and of mind. This burning is reaching the spiritual maturity. Being burnt is to come of the age. And also this burning became possible because of the burning. And that burning is the desperate longing for Visaal (union).

The physical companionship between Rumi and Shams lasted for a brief time. After two years of their being together Shams suddenly disappeared from the scene. It made Rumi depressed and miserable. Soon afterwards Shams is brought back to Konya from Aleppo. In fact the brief interval was a blessing in disguise. As “the separation makes a person wise”,(Shams). Now the Maulana treasured every moment spent with his beloved manifold. As he put it “One day of this companionship is equal to a year of that earlier companionship.” 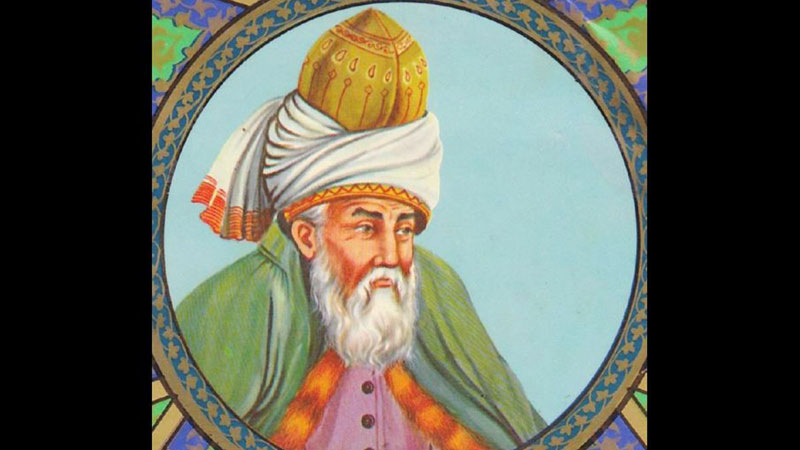 After a few months of their reunion there comes the final parting. The Shams (sun) of the Maulana set forever on him. Rumi was 40 by this time, the number so meaningful in spiritual world. He was devastated. From there onwards Maulana acquired out of bewilderment what the logic would not have been able to give a glimpse of. This was the blessing of Hijr (separation) which enabled him to produce literary wonders. The most celebrated of his works is the Masnavi Maulvi Ma’nvi, a spiritual epic. But longest of his products is the Divan-i-Shams Tabrizi, named after the wandering dervish. He was his muse, the inspiration of his writings. His works are full of wisdom and insight. He indeed is one of the greatest philosophers of all times. Who even after the passage of so many centuries enjoys such an immense influence upon the masses because of the universality of his message.

The writer is a lawyer with a keen interest in literature, politics and international affairs. He can be reached at mobi.virk@gmail.com