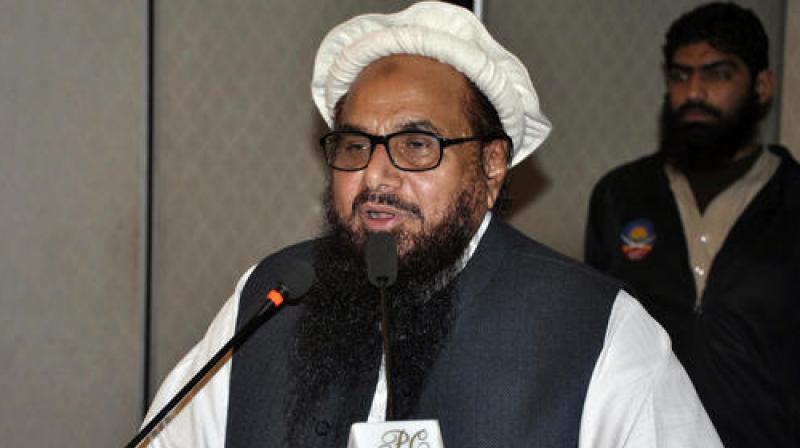 India has declared Masood Azhar, leader of Jaish-e-Mohammad (JeM), and Hafiz Muhammad Saeed, chief of the banned Jamaatud Dawa (JuD), as terrorists under a new law.

The new law empowers the government to designate an individual as a terrorist if he is found committing, preparing for, promoting or involved in an act of terror. The designation can lead to their arrest, a freezing of assets and a ban on leaving the country.

In a post shared on Twitter, in-charge of South Asia affairs at the US State Department Alice G. Wells commended India for utilising legal authorities to designate “four notorious terrorists”.

In February, Paris-based Financial Action Task Force (FATF) had warned Pakistan to deliver on its commitments to curb terror financing and money laundering.

Risks to the global financial system have virtually put the country’s entire machinery into an aggressive mode to show tangible progress within two months of the warning.

While the meetings were taking place, the government announced a ban on JuD and Falah-i-Insanyat Foundation to address the concerns raised by India that Pakistan supported these and six similar organisations, including JeM or at least considered them low-risk entities.

Earlier this year, Saeed was booked in more than a dozen cases and arrested on July 17 by counter-terrorism forces in a terror financing case.

Saeed is accused by India and Washington of being the mastermind of the deadly 2008 Mumbai attacks, and both have previously declared him a global terrorist with the US announcing a $10 million bounty on his head.

Azhar’s name has already been placed by the United Nations on a sanctions blacklist in May after China removed its objection to his listing. India had been seeking Azhar’s listing since 2016 but a renewed push came after the February 14 Pulwama attack on the Central Reserve Police Force in occupied Kashmir, which was claimed by the JeM.

The UN imposed a travel ban and freeze on Azhar’s assets as well as an arms embargo.