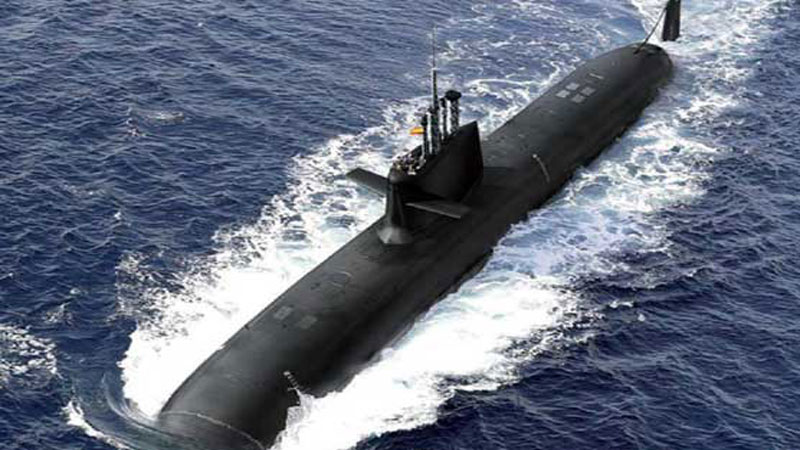 Indian media ran an interesting and highly deceptive story about Pakistan Navy submarine Saad, on 23 June 2019. India Today, India TV, Times of India, News Nation and Times Now News narrated almost a similar tale, which appeared to have been fed by the officials void of independent reporting and rational analysis. All of these online news agencies claimed that as the events unfolded post Balakot ‘surgical strike’, Pakistan Navy Submarine Saad suddenly ‘vanished’. Linking post-fake across the LOC strike to disappearance of a submarine seems nothing less than a reduction ad absurdum. Indian news broadcasters forgot to appreciate the outcome of publishing such a thoughtless story, which comprehensively exposed Indian navy. Submarine story suggests that the Indian navy had shackled itself to what may be called the ‘operational treachery’, i.e., consistently failing to live up to its acclaimed size and strength. Indian media reported that ‘vanishing act’ of Saad forced the entire Indian navy to focus its efforts in finding and forcing the Pakistani submarine out of its operating depth. While citing nameless ‘sources’, the Indian media noted that Saad was a “major threat to security of the country [India]”.Re-establishing, Pakistani submarine Fleet supremacy like 1965 war, when entire Indian Navy Fleet remained blocked inside Ports due fear of lone PN Submarine Ghazi.

The Gujarat coast, waters off Mumbai and Maharashtra were searched for days, claimed the Indian media, by anti-submarine warfare ships and long range maritime patrol aircraft. Additionally, Chakra-II (the Russian Akula class nuclear submarine) and Kalvari (the French Scorpene class submarine) were also tasked to hunt for Saad, maintains the Indian media. Extensive search was also conducted through satellites, and after 21 days, observes the Indian media, Saad was found in Pakistan’s western seaboard purportedly “hiding to ensure a covert capability”.

It took Indian navy, an aspirant of global reach and power projection, nearly a month to find where exactly was a lone conventional submarine that had the ability to jeopardize the security of entire India. Cumulative result of using anti-submarine warfare ships and aircraft, nuclear submarines and the satellites was a mythical absurdity about Saad operating in Pakistani western waters. This reflects some of the starkest realities and truths about the Indian navy’s operational culture, which besides being comprehensively reductionists, is rooted deep into self-deception and illusions. Some key questions arise on operational competence of the Indian navy: firstly, why Indian navy bogged down with the presence of a single conventional submarine, which unlike a nuclear propelled vessel is restricted in its speed and discretion. Secondly, why Indian navy failed to hypothesize the deployment patterns of Pakistani submarines.

Submarines, generally, are considered as offensive platforms around the world. Its defensive role is very limited and is mostly regarded as ‘under-utilization’ of a platform that could provide assured lethality. If Pakistan were to deter India, post-Pulwama attacks, then deploying a lone submarine in the western waters serves no purpose. Placing a submarine in the Pakistani western seaboard and subsequently directing her to take offensive positions against India is operationally an infeasible proposition as assumed outlandishly by the Indian media. The reported episode exposes several operational paradoxes that the Indian navy has to come to terms with. For instance, in a typical anti-submarine warfare, a nuclear submarine is never pitched against a conventional submarine. Nuclear submarine is a capital asset and generates much more noise than a electric driven Conventional Submarine thus, turning it into vulnerability against a diesel electric sub would be an unwise proposition. The report maintained that Indian carrier was also operating in the south Arabian Sea. Operation of a carrier without the support of a nuclear submarine is in conflict with the established doctrine for carriers. This raises a question on Indian navy’s tactical prudence of leaving a ‘high value unit’ without a nuclear sub’s escort. Failure to detect and track a conventional submarine by Indian navy’s P-8I’s anti-submarine aircraft is another aspect to quiz as a modern airborne platform that has reliable sensors and resources to detect, locate and track the submarines.

The report on India’s hunt for Saad unmasked the Indian weaknesses more than it did any good to the Indian navy. While Pakistani submarines remained poised undetected, stealthily defying the entire Indian anti-submarine warfare mechanics, ‘throughout recent standoff’, the Indian media consistently claimed that to be an ‘Indian success’, whereas this must be a moment to ponder on the failure of Indian navy’s core combat capability.