Pakistan needs to groom athletes to qualify directly for the Olympics 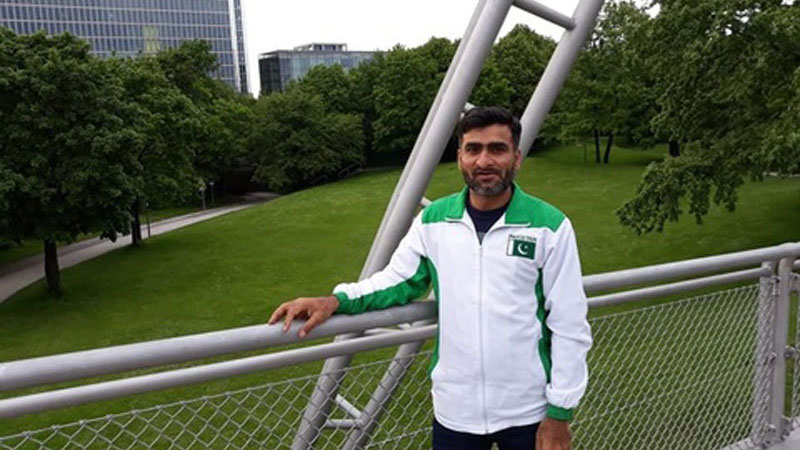 Khalil Akhtar has just recently qualified for the Olympic Games in Tokyo. He will contest in the 25m rapid fire individual shooting event, after finishing sixth in the ISSF World Cup in Rio Janeiro. This is amazing news, as no Pakistani athlete was able to directly qualify for the last Olympic Games in 2016, thus the country had to rely on the wild card entries to make their presence at the Olympic Games. There is a possibility that one or two other athletes, like Saadi Abbas (karate), can still qualify directly for the Tokyo Games, but in general, once again Pakistan athletes will have to rely on wild card entries to make up the numbers. The question is what can be done to ensure that more athletes can directly qualify for the Olympic Games; specifically, what can be done to address
this problem for the Paris
2024 Olympics?

A task force on sports was setup by the Prime Minister and supposedly many structural changes are expected to take place regarding the way in which sports are being run in the country. The Prime Minister in Washington DC also hinted at reforms in sports other than cricket, much in line with the changes in the domestic cricket structure that he is overseeing as the patron-in-chief. Hope these reforms will bring about a positive change. But, unfortunately, given the abject state of sports in the country, positive results are unlikely in the short term. Hence, something has to be done about athletes who have the potential to qualify for the Paris Olympic Games 2024. There are concerns that due to lack of funds, Khalil will be unable to adequately prepare for the Tokyo Olympics and there is even a risk that maybe he does not get the funds to travel to Tokyo. Similarly, top athletes like Mohammad Inam are facing financial constraints to train and compete in the global events. Inam’s chances of qualifying for the Tokyo Olympics in the wrestling competition are already slim and age might not be on his side for the Paris Olympics sadly. Talent in the country cannot be wasted, so we need to introduce a program that focuses on elite athletes within the country to encourage and support their ambitions of qualifying for the Olympics. Athletes like Nooh Butt (weightlifting) and Arshad Nadeem (athletics) are young and talented; they can blossom and have a strong chance of qualifying for the Paris Games. For example, Nooh Butt is presently ranked number 26th in the world. His personal best is 395kg. The world leader at the moment (Lasha from Georgia) in the 109+ weight category has a personal best of 478kg. Nooh will need to lift an additional 30-40 kg at least to stand a chance of qualifying for the Olympic Games in Paris. Nooh is 21 years old and this huge jump in performance levels is only possible if he gets proper support and resources, which are not
presently being given to him despite being one of the top athletes in the country.

The program should ensure that there are sufficient financial resources to allow the group of elite athletes to get the best possible training, diet routine, and personal coaching. In addition, they can regularly participate in global events to get exposure by competing with the other best athletes in the world. A monthly stipend should also be given to the athletes, to provide them the financial stability to completely focus on their training and improving performance over time. We can get inspiration from similar elite athlete programs in Canada (own the podium), India (top of the Olympic podium), and UK (high performance sports). In India, around 70 athletes are affiliated with the program, while UK has around 1100 athletes. These programs are targeting Olympic medals.

We need to be realistic and use this program initially to ensure that a group of athletes can qualify for the Olympics and perform well. The program should ideally be spearheaded by the Prime Minister himself. Hopefully, media will be able to support this initiative by diverting their attention away from cricket and giving some additional air time to other sports.