Slave to sachets: How poverty worsens the plastics crisis in the Philippines 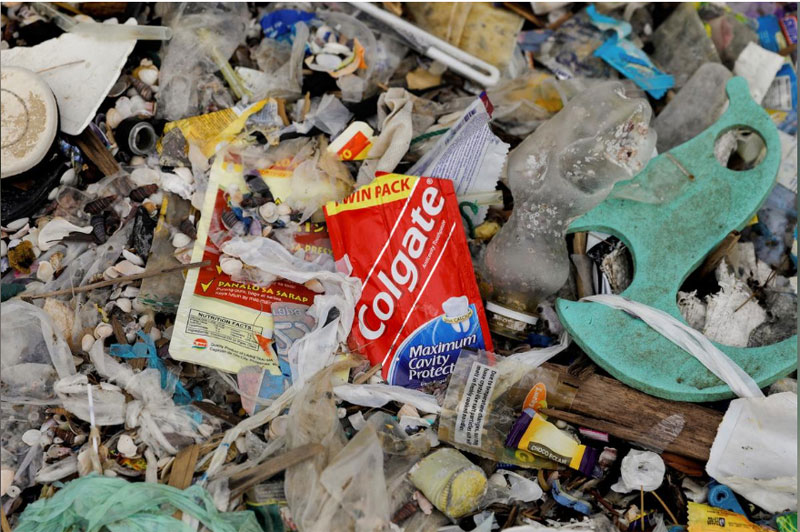 MANILA: Armed with gloves, rubber boots and a rake, “Mangrove Warrior” Willer Gualva, 68, comes to Freedom Island in the Philippines almost every day to stop it being engulfed by trash.

No one lives on the island, yet each morning its shores are covered in garbage, much of it single-use sachets of shampoo, toothpaste, detergent and coffee that are carried out to sea by the rivers of overcrowded Manila.

“We collect mostly plastics here and the number one type are sachets,” said Gualva, one of 17 people employed by the environment agency to help preserve the island and its forest. The agency, the Department of Environment and Natural Resources (DENR), calls them “Mangrove Warriors”, and pays them slightly above $8 per day.

Five days of coastal cleanup on the Manila Bay island last month yielded a total of 16,000 kg of trash, DENR data showed, the bulk of it plastics, including the sachets made of aluminum and blends of plastics.

These packets give some of the poorest people in Asia access to everyday household essentials. For the multinationals that manufacture them, it’s a way to increase sales by targeting customers who cannot afford bigger quantities.

Such sachets are sold in most developing countries but the number consumed in the Philippines is staggering – 163 million pieces a day, according to a recent study by environment group The Global Alliance for Incinerator Alternatives (GAIA).

In Manila’s slum areas which are inaccessible to garbage trucks, sachets and other waste are thrown in estuaries or dumped on the street, and end up clogging drains and waterways.

“Money is hard to come by, so I only buy sachets,” said Lisa Jorillo, 42, a mother of four who lives in a slum in Manila’s Tondo area, behind a beach blanketed by trash.

“It’s likely the garbage will still be there when my son grows up,” Jorillo said, referring to her four-year-old.

The Philippines’ law on solid waste is poorly enforced and the country doesn’t regulate packaging manufacturing. The country is ranked third in the world for failing to deal with its plastics, according to a 2015 study by the University of Georgia, which said 81 percent of plastics waste in the country was mismanaged.