Murad decides to launch operation against bandits in riverine area 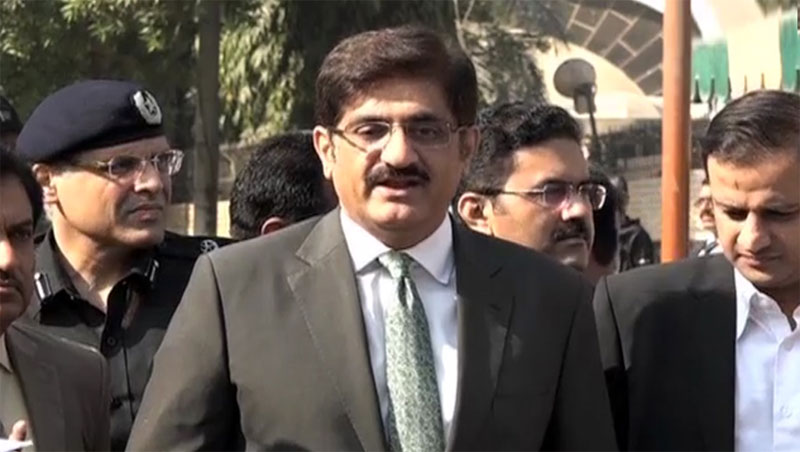 Sindh Chief Minister Syed Murad Ali Shah has decided to conduct a vigorous operation against bandits in katcha area of Sukkur and Larkana divisions where cases of kidnapping for ransom are on the rise.

He took this decision on Thursday while going through police reports filed in his secretariat.

He also called Chief Secretary Mumtaz Shah and Home Secretary Kazi Kabir and discussed the proposed operation with them and directed them to summon a law and order meeting so that the planning and strategy for the operation could be finalised.

The chief minister said that kidnapping for ransom was a heinous crime and could not be tolerated. In the katcha area of Larkana, Sukkur, Khairpur up to Nawabshah some bandits have established their hideouts and through the outlaws operating in the cities were engaged in kidnapping innocent people.

He said that operation would not confine to the katcha area from Shaheed Benazirabad to Kashmore but it would be directed towards the facilitators of dacoits.

The chief minister said that he was convening a law and order meeting within next few days to finalise strategy for the proposed operation in consultation with IG Police and other officers concerned.

The chief minister has already directed IG Police to get recover the kidnapped people from the clutches of the dacoits. “I would not tolerate emergence of dacoit factor in the province once again,” he said.

Shah said that the overall law and order all over Sindh was satisfactory but the newly emerged issues of kidnapping for ransom and street crime in Karachi are big challenges.

The Additional IG Karachi was working to crush street criminals while the operation against bandits in northern and central parts of Sindh was need of hour.

The targeted operation launched against drug peddlers, terrorists and other outlaws is going on successfully in which police, Rangers and intelligence agencies are working hard, the chief minister said and added a similar operation was on the cards against dacoits in katcha areas.

Meanwhile, the chief minister directed the Karachi Commissioner to keep an on eye on low-lying area where rainwater has accumulated and get it de-watered at the earliest.

Chairing a meeting, he directed the commissioner to start fumigation in the city.

The cleaning of nullahs and leaving their garbage along the roads have produced flies and mosquitoes in the city. This is bound to spared diseases; therefore it must be controlled by launching fumigation drive, he said.

MD KWSB through a report told the chief minister that suction machine mounted on a truck was installed at Shahrah-e-Faisal at Gora Qabrustan and pumped out water accumulated there. Another such vehicle drained out water from the main road at the JPMC.