Afghanistan endgame or beginning of a new game?

Late US Senator John McCain once said while visiting Pakistan, “There could be no peace in Afghanistan or the rest of the region without Pakistan’s cooperation.”

His words still echo in the background of Afghanistan’s insurgency and the efforts by the US and Pakistan to bring all stakeholders to the table to find a peaceful and political solution.

One comes to think this is at least one point on which President Trump now agrees with the late Senator. A month earlier, Pakistan’s Prime Minister paid a visit to the US and met with President Trump on 22 July, after which some progress is made on the peace efforts in the region. 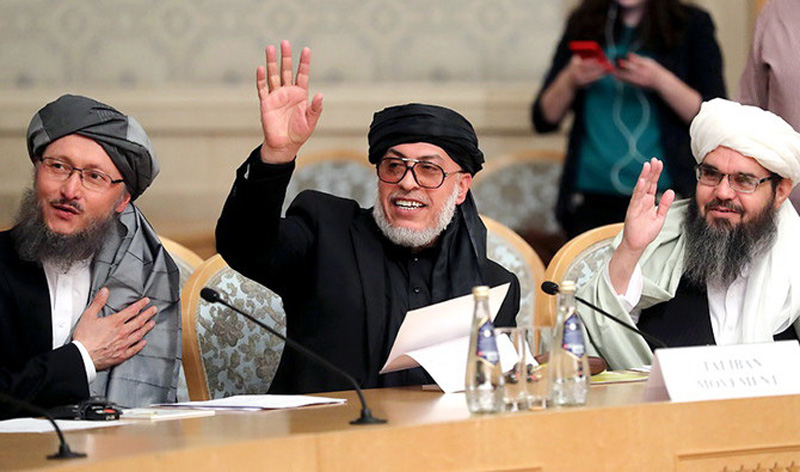 Recently renewed US efforts have been proven somewhat fruitful. It seems that some kind of a peace deal is in the offing. It has been reported that an agreement has been reached between the Taliban and the US on the timeline of the phased withdrawal of the US forces from Afghanistan.

Pakistan’s role should be appreciated, and the optics also clearly show a change of policy on the part of Pakistani establishment as well. This is something conducive for regional peace.

President Trump’s initial stance was to use force and more force to curb Afghan insurgency and tell Pakistan in clear terms that it is not doing enough to help resolve Afghan issues. That policy did not seem to work and indications were clear that if it is further pursued, it was not going to change the landscape any sooner and would not bear any positive results for the US, the Afghan government, the allies and the region.

Gradually this policy changed towards getting the Taliban to the negotiation table and easing up the rhetoric. Also asking Pakistan once again to cooperate and ensure peace talks start again by persuading Taliban to join the peace process. Pakistan did cooperate as some of the most significant Taliban leaders were either living somewhere in Pakistan or under Pakistani establishments influence due to the reasons date back to some 3 decades ago.

Afghan President Ashraf Ghani’s recent state visit to Pakistan is also a very positive indication that the deadlock between Islamabad and Kabul is easing up and a thaw is imminent in the relationship between the two countries as well. Certainly a good omen for the region by far.

Both Pakistan’s relatively new government of one year and the US administration were looking for ways to reset the relationship starting from Qatar talks. How effective the process will be in the long run remains to be seen. However, the first visit of Pakistan’s PM, after a long time of “not so friendly ties,” certainly carries a bigger message for the world stage.

The need of the day is that both Pakistan and Afghanistan should move forward from here and build sustained trust while considering elements that have taken up arms and running terror campaigns against the states as their common adversaries. These elements cannot be friends of anyone.

Iran openly supports the Northern Alliance and should also be included at some point as it is an important neighbour and a player in the region. Once the internal Afghan differences are sorted out, China and India should be taken on-board at the right time and a larger consensus is to be built around these renewed negotiations so that responsibility could also be shared in the region to guarantee the peaceful co-existence by all countries in the backdrop of Afghanistan’s longest war.

The peace deal would only be fruitful if Afghan government somehow manages to create harmony and represent the people of Afghanistan’s majority and minority to have an agreeable and viable solution for peace in the country in particular and region in general.

It is obvious that Afghan Taliban are negotiating from the position of strength, therefore it is pertinent to involve the more direct stakeholders on the ground i.e. Afghan Government and all other political entities within Afghanistan.

If we travel back to 1989, the expectation and the idea was that as soon as Russian occupying forces leave Afghanistan a viable and strong democratic setup will be established in the country.

This somehow did not happen. Another kind of chaos was unleashed within Afghanistan and unprecedented and violent bloodshed prevailed and took the form of a civil war. Territorial pockets were established, and an internal fight ensued between different warlords. The goal and the central idea of having peace after Russian forces left were rendered shattered. Although the Russian exit was celebrated with fanfare and pomp, the outcome was tragic and sadly continues even after almost three decades.

Once again, some of the right-wing segments probably in Pakistan and Afghanistan would be getting ready to celebrate US withdrawal. However, the US and allies should ensure the history should not repeat itself, and a true state of peace should prevail after the deal and the withdrawal.

Earlier this year’s booking and arrest of some of the non-state elements alleged to perpetrate violent activities from within Pakistan and designation of BLA by the US as a terror outfit are the steps which should be appreciated by the international community and should pave the way for better US Pakistan relations.

However recent development again threatens the peace efforts as the Taliban denounced the Afghanistan Presidential elections scheduled to be held next month. This denouncement came in the wake of a recent report where headway was made in the peace talks and US agreement to withdraw forces in exchange of Taliban commitment not to use Afghanistan to plot terror attacks.

Pakistan’s policy and the approach are changing on the international arena. The country has already started cleansing the state of ‘non-state actors’ in an impartial way and yielded very positive results within the country. The same campaign should be expanded to seize this initiative of peace.

The writer is an occasional freelance contributor/commentator. He is a systems analyst and currently working in the field of IT