Kartarpur Corridor to complete by Nov come what may: governor 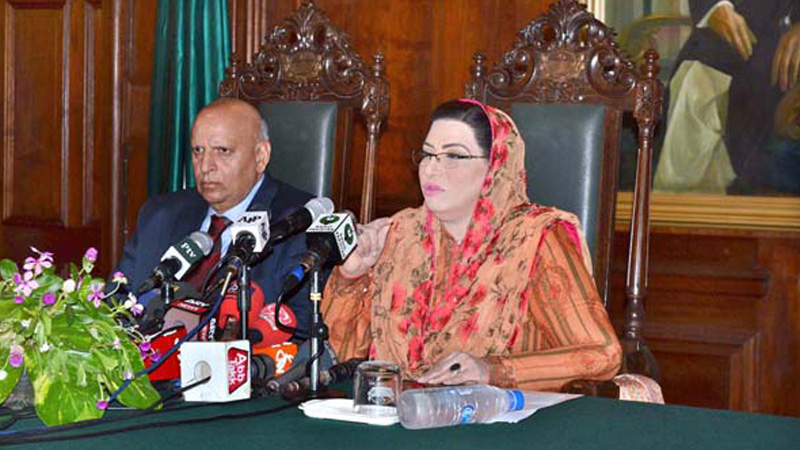 Punjab Governor Chaudhry Sarwar has said that the Kartarpur Corridor project will be completed till November under any circumstances.

Addressing a press conference along with Advisor to PM on Information Dr Firdous Ashiq Awan here on Saturday, Chaudhry Sarwar said if India imposed a war on Pakistan, it will be the last war of the Sub-Continent. He said that Prime Minister Imran Khan is fighting the case of Kashmiris all over the world as their ambassador. He said that India being bigger terrorist than Israel is inflicting atrocities on Kashmiris. “Guns, bullets and curfew will not suppress the conviction of Kashmiris … Narendra Modi is an enemy of peace and humanity,” he added.

The governor appealed that it is high time that international human rights organizations instead of turning a blind eye should take notice of Indian atrocities on Kashmiris. “There is no doubt that Israel is inflicting worst atrocities on Palestinians but even there human rights organizations, parliamentarians and media are allowed to go,” he said. “But the terrorism of Narendra Modi is way more than Israel who has turned Kashmir into a jail, no one is allowed to visit and neither Kashmiris can leave their houses,” he said. “This is the worst atrocity and terrorism of history and international organizations including the UN should take immediate and strict notice,” he said.

He reaffirmed that under the leadership of Prime Minister Imran Khan, Pakistan is standing strong with Kashmiris and fighting Kashmir case at every platform. Imran Khan in his address at the United Nations will expose Narendra Modi’s real face in front of the world who is more atrocious than Hitler and will pressurize the world to solve Kashmir issue according to the resolutions of the UN. “There is no doubt in it that until unless Kashmir issue gets resolved, establishment of peace in the region is impossible,” he maintained. Ch Sarwar said in the Kartarpur Corridor project India is acting rigid since the day one but despite of all the hurdles, Pakistan is working on the project. “InshAllah before the 550th birthday celebrations of Baba Guru Nanak, Pakistan will complete Kartarpur project,” he hoped.

With regard to Baba Guru Nanak’s 550th birthday celebrations, an International Sikh convention will be organized at the Governor House on August 31, which will be attended by Sikhs coming from all over the world, the governor said. “I assure Sikh pilgrims who are coming from all over the world that on the occasion of Baba Guru Nanak’s birthday celebrations, they will be provided with foolproof security in Pakistan and we will ensure the provision of other facilities,” he said. According to the vision of Quaid-e-Azam, minorities will be given their due rights in Pakistan, he pledged.