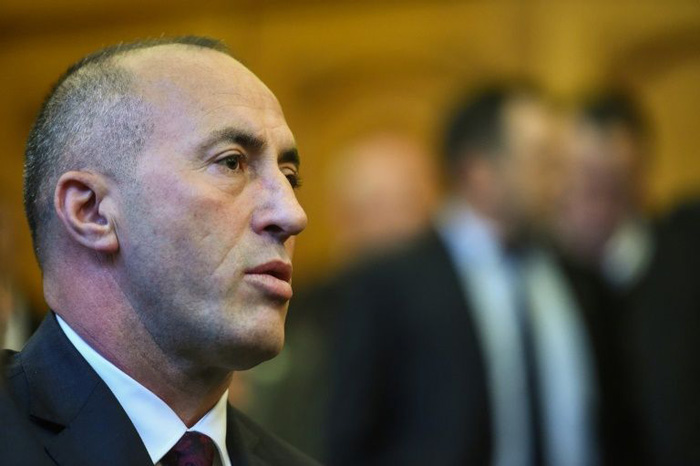 Kosovo MPs voted on Thursday to dissolve parliament and trigger early elections, a move that will add new delays to the deadlocked dialogue with former foe Serbia.

The vote comes after outgoing premier Ramush Haradinaj, a former commander of ethnic Albanian rebels who battled Serbia in the late 1990s, stepped down in July after he was summoned to a special court in The Hague, which is investigating crimes from that era.

Since his resignation, parties have agitated for a snap poll, with some already kicking off unofficial campaigning and talking about possible alliances.

After 89 lawmakers in the 120-member assembly voted in favour of the motion, Haradinaj hailed it has a “signal of a high degree of maturity and democracy”.

He also stressed that the dialogue with Serbia “is one of the important topics.”

“I think we should discuss this topic after the elections,” he told reporters.

Kosovo has for months been at an impasse with Serbia, which still rejects the former province’s independence declaration in 2008.

While most of the Western world recognises Kosovo, Belgrade and its allies China and Russia do not, effectively shutting it out of the UN.

New elections — which must be held within 45 days — will put the stalling EU-led talks on hold for longer, with a planned summit in September likely to be postponed.

After Kosovo’s last parliamentary election in 2017, it took several months to form a government.

A new government could, however, offer an opening if it were to revoke the 100 percent tariff on Serbian goods that Haradinaj put in place last November.

That move enraged Belgrade and brought the talks to a grinding halt.

Haradinaj has refused to bend to heavy pressure from the EU and US to lift the trade barrier, which Serbia says is a requisite for returning to the table.

“A lot of time has been wasted, and a government that does not have a positive approach to the dialogue with Serbia will not be allowed,” predicted political analyst Arton Muhaxhiri.

“The whole region suffers from the delay of dialogue in Brussels”.

Analysts say the election — Kosovo’s fourth since its independence — could redraw the power lines in the fragile democracy, where no party has an absolute majority.

The parliament was previously dominated by the so-called “war wing” — a coalition of parties led by former war-time leaders like Haradinaj and President Hashim Thaci.

There has been talk of a challenge from a possible alliance between two opposition parties, the centre-right Democratic League of Kosovo (LDK) and left-wing nationalist Vetevendosje. Though they have little in common ideologically, their pairing could push President Thaci’s Democratic Party of Kosovo (PDK) into the opposition for the first time in over a decade, said Ardian Collaku, a political analyst.

That “would be healthy for democracy in the country,” he told AFP. It is also too early to rule out a comeback from Haradinaj. The 51-year-old has said he would return to politics if he is not indicted by the court. It wouldn’t be the first time — he was previously tried and acquitted twice for war crimes by a different UN tribunal for the former Yugoslavia, before going on to become prime minister for a second term in 2017.

Now he faces a court created in 2015 to investigate crimes allegedly committed by the Kosovo Liberation Army (KLA) against Serbs, Roma and ethnic Albanian political opponents during and after the 1998-99 war.