Recently, the Cabinet of Pakistan approved a policy to completely ban plastic bags in the capital territory, which came into effect on August 14, 2019.

The policy includes the imposition of heavy fines on users, traders and manufacturers of plastic bags. The fine ranges from Rs 50,000 to Rs 500,000 for manufacturers; Rs.10,000 to five million for traders and Rs 5, 000 for users.

No one can deny the venomous effects of the use of plastic bags. Pakistan has a population of 207 million, according to 2017 census. If each person in Pakistan uses one plastic bag in a week, it would multiply to 9936 million plastic bags per year in Pakistan. A single plastic bag takes 100 years to decompose but still leaves its toxic ingredients into the ground, which are life-threatening for aquatic and land animals. Plastic bags are mistaken for jellyfish and eaten by sea life. 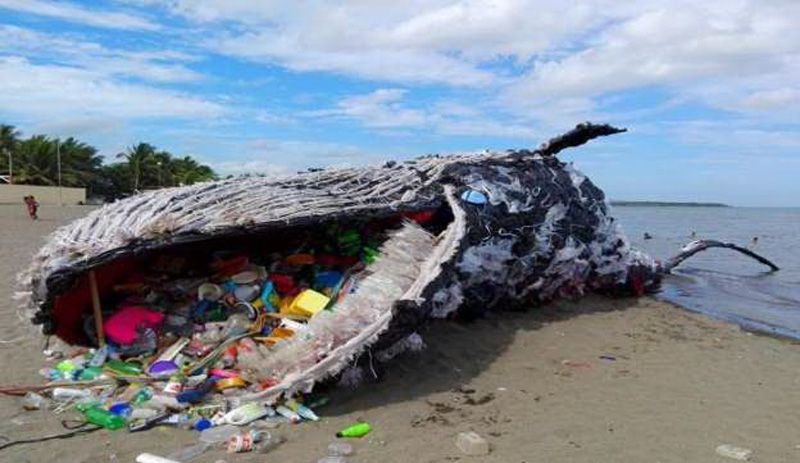 Plastic bags obstruct the intestines of these animals and become fatal to their lives. Similarly, on land, many animals eat tiny pieces of plastic while grazing, putting their lives in threat. According to a news published in Times of India on June 4, 2017, as many as 1000 cows die every year in Lucknow after eating polythene.

Plastic bags are not only dangerous for animals but also for human beings. Plastic bags leave toxic material in freshwater bodies, which creates health issues for human beings. According to the World Health Organization, when pregnant women are exposed to high concentrations of phthalates and BPA, which are chemical compounds found in plastic, they may give birth to children with lung problems.

Moreover, plastic bags are a major cause of floods by blocking draining systems. According to a report by BBC on September 14, 2013, Bangladesh became the first country in the world to ban thinner plastic bags in 2002 after they were found to have choked the drainage system during devastating floods.

In addition to its life-threatening effects, plastic bags injure the scenic beauty of the environment.

The decision to ban plastic bags is the right step for protecting our environment. But we need to re-examine the strategy to implement this policy. The plastic bags are already banned by the government of Sindh, Balochistan and Northern Pakistan. Now, it is being followed by Capital territory.

In the past, there were no significant steps taken to implement this policy. If some steps were taken, they failed to achieve the required results. The current policy includes a ban on only plastic bags normally used for groceries; ignoring other plastic materials such as packing materials, plastic bags used for collecting trash and plastic bottles, which must also be included in the policy.

A sudden decision of imposing fine on producers and users of plastic bags, in case of non-compliance is not a right step.

Many poor buyers and sellers including fruit and vegetable hawkers are unaware of the negative effects of plastic bags. They might be ignorant of this new policy due to lack of education and access to information. This policy should be implemented in three phases; first, there should massive awareness campaign regarding the life-threatening effects of plastic bags and a new policy for a month or two. Secondly, environmental teams should physically visit shopping malls and street where hawkers are selling. They should take hold of all plastic bags without fine for a month as a warning and apprise them of an alternative solution. As a third step, they should also impose a heavy fine in case of non-compliance.

Moreover, only sticks in the form of the heavy fine are not enough to ban the use of plastic bags. We need to introduce some carrots as well. At the initial stage of policy implementation, the government can provide subsidy to big grocery stores to introduce a policy of 0.50% discount on the overall cost of shopping if a customer brings biodegradable bag or cloth bag from home.

Moreover, to promote the policy of reuse even biodegradable bags, stores must charge a nominal amount for these bags along with the cost of the product. This practice is very common in the Western world, which makes customer habitual to bring shopping bags from home.