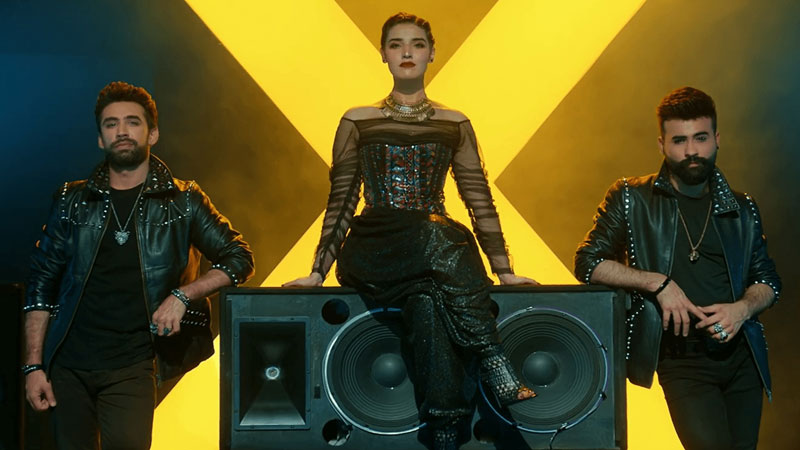 It is important to enter a cinema with a clear mind – without having any biases or preconceptions about a film, its characters or its genre. Thinking that a certain film would work or not – even before the film begins – seriously hampers the process of criticism, which then mostly leans towards the extremely positive end or the absolutely negative one.

In order to fully absorb ‘Heer Maan Ja’ and its underlying themes, I took some time to work on this analysis because a slapdash review would not have done justice to a film that has been made over the course of two years.

As I sat back to write this review, I found myself completely smitten with the smorgasbord of the coolest of actors; it is a world where a woman leads a circle of struggling dacoits and where characters use the language of choice to communicate, oozing warmth and charm.

Director Azfar Jafri shows his own twisted side with Heer Maan Ja (once again, after his delicious Parchi in 2018), but the film’s writer, Owais Korai Baloch, is the real winner here, who makes the movie such a darling. Baloch uses sardonic humour to his advantage to depict the significance of fidelity in relationships, romantic or otherwise, and the way we treat our women. He just does not leave it there, but also shows us how to do that.

Heer Maan Ja, therefore, acts as both a social satire and a lesson on cultural values.

The film, at its outset, introduces us to Kabir (Ali Rehman Khan) and Heer (Hareem Farooq) as they cross paths, and soon it sucks us into their world. Kabir wants to make up for a mistake that he cannot overlook after he hears of his fast-approaching death from a peculiar doctor. And for this reason, he heads to his former love interest’s home to seek forgiveness.

As the plot is set, the movie unspools in a way any movie of this genre would, but the maturity of tone makes a difference here.

Despite pacing issues in the final hour, Jafri and Baloch do not disappoint viewers due to the rootedness of the absolutely infectious milieu that they construct around their main players.

Using Bilal Choudhrie’s apt production design, Rana Kamran films HeerMaanJa with buoyancy, savouring the intertwining ingredients of the intricately thickened plot and the lip-smackinglydelightful personalities of the characters it revolves around. Simultaneously, Baloch lets his story play out in the most memorable neighbourhoods of the capital city – amidst the most effervescent people: a non-resident Pakistani man, a woman leading the pack of flop criminals, an eye-rolling cousin with old-school villainous traits, and a bungling, boisterous buddy. 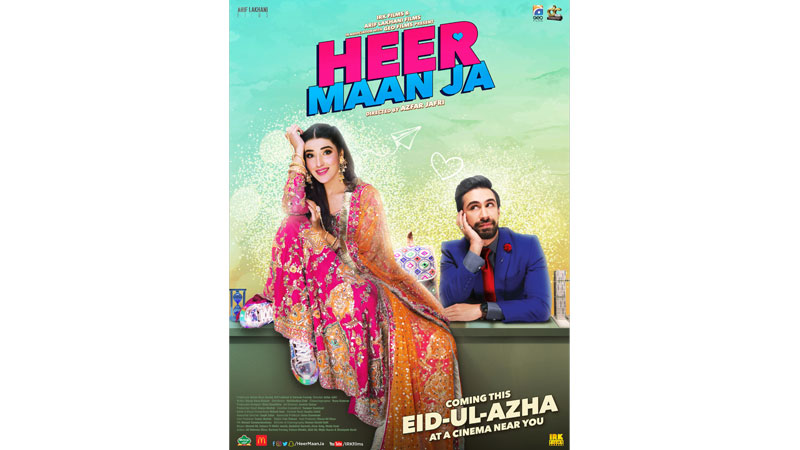 Like these characters, the film uses minutely observed details that are both realistic and gritty; these splashes of local flamboyance keep us engaged throughout the film. However, the sense that something is at stake skips a beat in the second half at times. In fact, we do understand what is at stake, but we do not feel it as the film progresses. But the comedy and flavour remain intact mostly because of a great deal of naturalistic performances. Particularly, Rehmanis reliably terrific. First, I saw him in Slackistan in 2010; next, in Parchi. The fact is: he is a spontaneous actor and has perfect comedic timing. I do not think he works on cues. He is an instinctive actor who works wonders when the camera begins to film him. His pleasant vibe and coolth bring a refreshing candour on screen that is quite rare. With him, Farooq just fits well. She is a perfectly striking actress who loves her work and it is quite obvious. And her work in this venture shows her growth as an actor of meticulous heft.

MojizHasan, as Kabir’s reliable friend, is also outstanding here; he uplifts his character with a natural flair, looking comically sweet and bewildered all the time. His sequences with Saba (played by Aamina Sheikh) get plenty of goofy mileage, mainly because Hasan and Sheikh both are truly gifted actors. Overall, HeerMaanJa works because it has a lightness of being; the writing shows inventiveness, and fills the theatre with vim and whimsy – a wholly winsome experience that works at most levels.

‘Heer Maan Ja’ is so spirited in its tone – and such is its merriment – that you choose to ignore its minor setbacks. The entire film is, in fact, a winning trick that exceeds our expectations at every unexpected turn, and does so with a triumphant relish.

The writer is a teacher based in Karachi and can be reached at adnan.murad@live.com