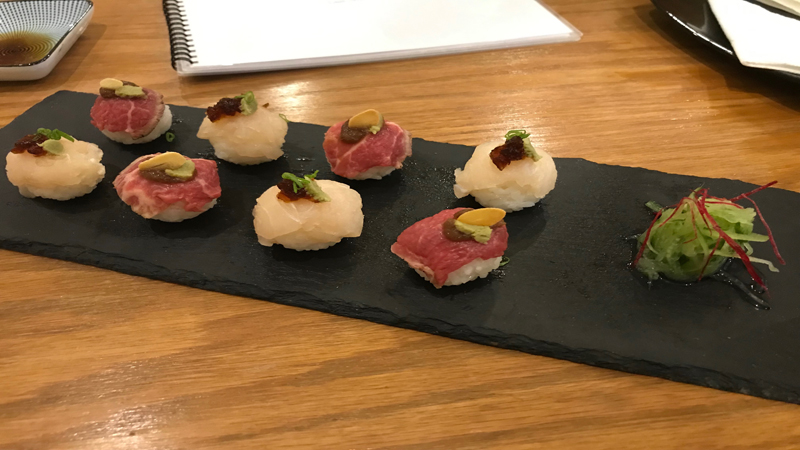 Japanese food has largely been synonymous with sushi and teriyaki and beyond that that familiarity and knowledge of the cuisine starts to fade.

Which brings me to a deeper question of whether people truly care about different cuisines for their own sake or do they want to appear refined and cosmopolitan by showing off their food choices? When one thinks of Mexican cuisine, its tacos, when Indo-Pak food its chicken tikka masala or the ‘curry’, Italians are renown for pizza and pasta and so on and so forth. On top of that introducing more items than the more familiar menu items to a paying customer base is another challenge, especially in a market as fickle as Pakistan.

This is a challenge that the new Japanese restaurant Makotoya has taken upon itself to go beyond the obvious and serve wholesome, natural and organic Japanese food in Karachi. Offering nutritious and properly sourced food is an abiding principle of the owner and chef Rie Mihara. Born and raised in Tokyo where her family had a groceries business since 1957, she comes with an immaculate pedigree for exactly this sort of restaurant. As to why she relocated from Tokyo to Karachi had to do with food as well. In the wake of an Earthquake she was taken aback with the kindness of her Pakistani neighbours who brought her home made biryani and other Pakistani dishes in her hour of need. From her experience of generosity she became curious in Pakistani society and started to visit the country frequently eventually settling on the idea to open a restaurant here.

Makotoya means sincerity or honesty in Japanese and is the product of her zest to provide clean, chemical free and organically sourced cuisine here. How far does she succeed in her mission? Read on. The restaurant is a quaint little corner on Khayaban-e-Bukhari Lane 5. It does not seem to try hard to mark its presence there. The inner décor is minimalist, sparse and very bare bones.

The restaurant is a quaint little corner on Khayaban-e-Bukhari Lane 5. It does not seem to try hard to mark its presence there. The inner décor is minimalist, sparse and very bare bones

We started off the meal with Osui Mono Soup which basically was Dashi food stock topped with flower shaped eggs. Dashi is basically stock made from seaweed and fish and is used in a variety of dishes.With bare minimum ingredients and mostly transparent stock was very different to the soups that we are accustomed to. Next in line was the Beef Tataki or carapaccio which were slices of beef fillet with a tangy sauce that gave the Tataki that extra sour and tangy taste. Despite the great taste the minimal portions left me pining for more. 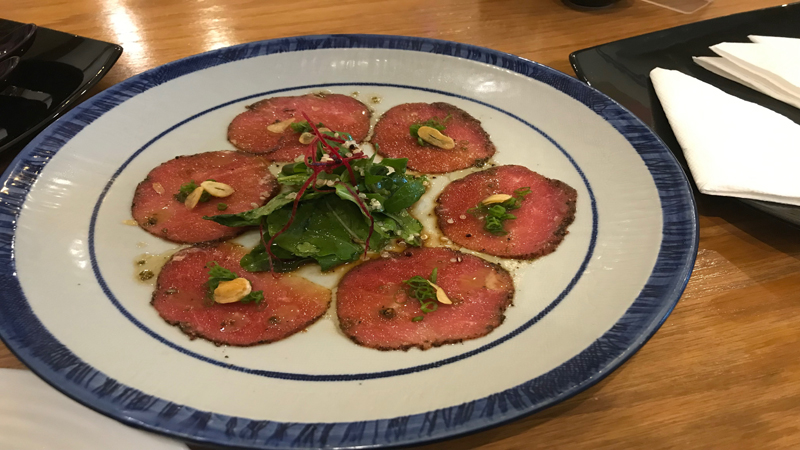 After the starters came the entrees; we were served a sushi platter of delicately cut slices of beef and red snapper. Owing to the owners insistence that everything be freshly sourced, the Tuna sushi wasn’t served. The Chicken Omo Rice was basically a fluffy omellette covered in steaming rice and topped with tomato sauce -with the tomato sauce being cooked for 7 hours in their kitchen. The Japanese steak with its tender and juicy taste was baby cow fillet chopped into bite sized portions with a soy better sauce that lent the perfect acidic complement to the beef-was the clear winner for me.

While the portions and price may leave a lot to be desired, Makotoya looks like the place to be if you’re looking for an aesthetic Japanese culinary experience. If that’s not your cup of tea, there are other options too. The restaurant could also benefit from adding more menu items as well which are geared towards desi palates. All in all, Makotoya is an honest effort-pardon the pun- in providing healthy and organic food. Whether it will find many takers in this market? I am not too sure.