* 367 members vote in favour of the bill 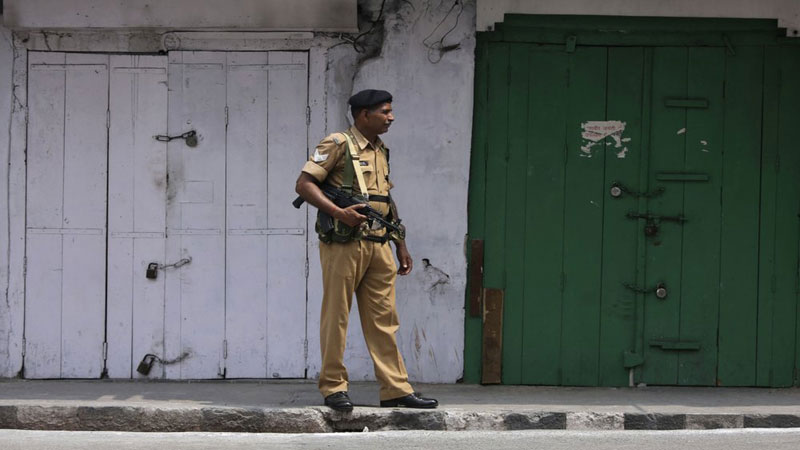 The Lok Sabha, the lower house of Indian parliament, on Tuesday evening passed the Jammu and Kashmir Reorganisation Bill, 2019, with 367 votes for, 67 against and none abstaining.

India’s home minister had earlier hailed as “historic” legislation to bring occupied Kashmir under its direct control, as the lower house of parliament was set to ratify a bill splitting the territory into two – all while Jammu and Kashmir remained under a communications blackout for the second day.

The bill was passed by the upper house late Monday, amid loud protests by the opposition, and was set to sail through the lower house where the Hindu-nationalist Bharatiya Janata Party (BJP) holds a sizeable majority. The announcement to strip Kashmir of its constitutional rights sparked chaotic scenes in India’s parliament, with opposition members in the lower house grilling the BJP if it wanted to scrap the special status of several other states next.

Home Affairs Minister Amit Shah, a powerful aide of Prime Minister Narendra Modi, compared the move to other “historic moments” in the nation, adding that the law should be “written with golden words in Indian history”.

“The great parliament which has expressed its views on unity and integrity of India so many times today is once again going to deliberate on a bill that will go on to further integrate Jammu and Kashmir to India for many generations ahead,” he told parliament on Tuesday.

Meanwhile, criticism mounted from opposition politicians with Rahul Gandhi, until recently the head of the main opposition Congress party, saying the decision was an “abuse of executive power” that had “grave implications for our national security”.

“National integration isn’t furthered by unilaterally tearing apart J&K, imprisoning elected representatives and violating our Constitution. This nation is made by its people, not plots of land,” he wrote on Twitter.

The communications blackout in occupied Kashmir entered a second day on Tuesday, after India snapped television, telephone and internet links to deter protests over its scrapping of special constitutional status for the Himalayan region. “We are managing for now,” said a senior official at a hospital in the region’s main city of Srinagar that was among the medical facilities hit by the communications crackdown.

Staff were working overtime at the 500-bed Lal Ded hospital, with ambulances having been sent out to fetch doctors and nurses, added the official, who sought anonymity as he was not authorised to speak to media.

At the Srinagar hospital, ambulance driver Arshad Ahmed said Indian security forces stopped him frequently on Monday as he ferried two patients from Anantnag district, 50 km away, stretching the journey to two hours from its usual 60 minutes.

“They didn’t care that it was an ambulance,” Ahmed told Reuters.

Armed police patrolled every few hundred metres in the city, where a ban on public gatherings of more than four people stayed in force on Tuesday. Educational institutions and most shops in residential neighbourhoods were shut.

Security forces fired tear gas and pellets in response to sporadic protests on Monday in Srinagar, said one police official who declined to be identified. “There was stone-pelting in some parts of the city,” he added.

Some shopkeepers said they were running out of stock after days of panic buying. “No provisions are left in my shop, and no fresh supplies are coming,” said grocery store owner Jehangir Ahmad.

A court order seen by AFP on Tuesday declared that former chief ministers Mehbooba Mufti and Omar Abdullah along with regional party leader Sajad Lone had engaged in activities “likely to cause breach of peace” and lead to a “serious law and order situation”.

Initially placed under house arrest at the weekend as security was ramped up in the region, the three were reportedly then taken to an official guest house on Monday – the same day as the announcement in New Delhi that Kashmir’s special status under the constitution had been removed.

The court order also said authorities feared the trio could organise a public rally which is currently banned in Kashmir as part of the emergency lockdown. News of their detention came as national security adviser Ajit Doval said in a report to the home affairs ministry on Tuesday after visiting occupied Kashmir that there was “peace and normalcy” and “no agitation” after the announcement, local media reported.