Harassment of women at workplace: myth and reality

What constitutes harassment? No doubt, there are thousands and thousands of ways through which one could harass someone, especially in the case of a woman. You can harass a female by using abusive words or gestures; by scratching your private organs in front of a female; by blowing cigarette smoke on her face; by simply smoking without seeking her permission, or by simply staring at her. Since our society is a patriarchal one so despite being the 52 per cent of the total population, women have a lesser role in running the affairs of society. On the contrary, there is always a trend of victim-shaming in our culture. Whenever a female tries to break the social taboos by even raising her voice against any such incident, the first response is always a bizarre one. The victim, especially her character, is always put to question. Why is she saying so? What’s her motive? Has she got any specific personal agenda or that of an NGO? Why did it take her so long to even talk about it and so forth?

In this collective response of society, both the educated and illiterate ones are mostly on the same page. It’s on record that General Musharraf, while at the helm of the affairs, publicly stated that females try to make up rape accusations just to get a foreign visa. With the advent of modern-day technology, especially social media, many pro-feminist campaigns have come to surface. The recent example being that of “MeToo.” After shaking the Western world, it has now struck our society very hard. 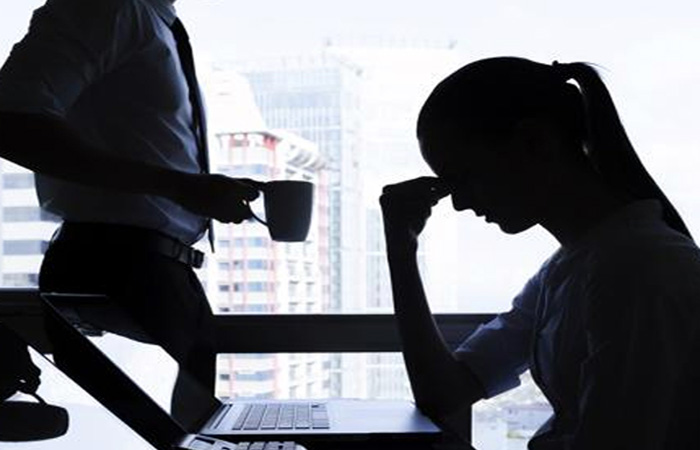 The prominent cases being that of TV anchorperson Tanzeela Mazhar and famous singer Meesha Shafi. The initial response over social media was almost negative. Yet, over time, people were ready to take a serious note of it.

Similarly, the Oscar Award winner Sharmeen Obaid Chinoy shared her sister’s experience when she visited a doctor for her medical treatment but got a friend request on Facebook immediately upon her return to home. But harassment at workplace is the worst form of all. It makes no difference whether a female is at the top echelon or in the lower strata of a workplace. There is no sparing of any of the two. But those at lower cadre are always at the receiving end. It is not necessary that all such allegations must be always true. Yet, it is a fact that our society is never victim-friendly. They raise their eyebrows whenever a female levels any such allegation. The response is similar both in government and private sector offices. People start searching for the motive behind the allegation instead of checking its veracity. That cold shoulder approach keeps the victim in a constant state of fear. There were several instances in the past when educated girls felt more terrified than an illiterate one. No doubt, special initiatives have been taken at state-level such as the introduction of the Harassment at Workplace Act 2010 and establishing the office of women ombudsperson.

Still, it’s a mammoth task for our society to evolve a congenial environment where females don’t feel shy to raise their voice for their rights. A few years back, an incident occurred in a very reputed organization dealing with refugees’ affairs. There, a female employee complained about the harassment to her high ups against one male colleague. Although the boss ordered an enquiry, the offender resorted to different tactics. Initially, he gathered support for himself in the name of regionalism. His counter-argument was that since he didn’t belong to the Southern Districts of Khyber Pakhtunkhwa, his fellows from the Northern side should support him. In the next level, the accused convinced many female colleagues that if they supported the victim’s stance, people would question their characters as well. In the end, he managed to appoint an enquiry officer hailing from his city. The ultimate result was that those sympathising with the victim were forcing her to let it go as it would amount to further character assassination. When the victim refused to accept this, the matter was hushed up without taking any legal action. Interestingly, the same accused was able to get a top managerial post in the same office despite such a tarnished record. Now the question is what if another female feels harassed in the future by the same person? Won’t she first recall the treatment meted out to her colleague in the past and its ultimate fate? Will she be able to raise her voice? The answer is a simple no. With the rise of social media, the new phenomena of online harassment and cyberbullying have brought new problems for womenfolk. It is not something gigantic to mentally disrupt someone. Now it’s easy to harass any female, either directly by sending a vulgar song, sexting or dirty jokes or indirectly by making a fake profile to launch a malicious campaign against her. But what is the way out?

It is suggested that all the public and private sector offices should be directed to form anti-harassment committees for women at each level with at least equal representation of females.

Similarly, all the pro-women legislation should be translated in all regional languages. The office of Women Ombudsperson should be decentralised, even at the city level. In addition to more women police stations, the police station structures should also be revamped with the provision of ample women police officers. Special courts should be established with the exclusive jurisdiction of taking up cases of women harassment. Like the recent scandal of Judge Brett Kavanaugh for nomination to the US Supreme Court, special legislation should be introduced for all public and private sector offices where anyone being considered for promotion or initial appointment for a top slot must go through a system of strict scrutiny to check whether he has a track record of harassment. I’m sure such measures would bring more harmony and inclusiveness in our society.

The writer is an Assistant Director in the Federal Investigation Agency