‘Post the super success of Teefa in Trouble, Maya walked into Parey Hut Love like a superstar’ 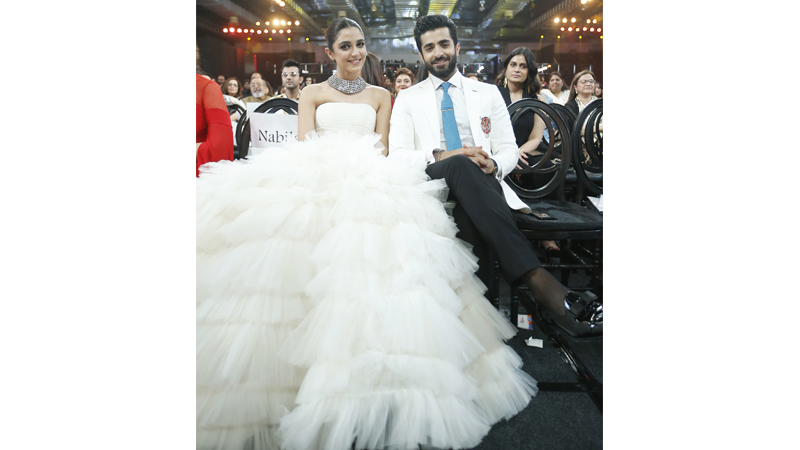 An incredible package of looks and good acting chops, actor Sheheryar Munawar is a complete package.

It is his earnestness to proverbially meld into the skin of the characters he portrays; but each performance of his leaves a lasting impression on the audiences. The talented actor is back with his much anticipated film ‘Parey Hut Love’ releasing this Eidul Azha.

From the promos, the film looks like a cinematic delight with a star studded cast, rich wedding décor, beautiful landscapes, elaborate choreography and grand production design. It’s very different from what Munawar has been associated with so far. He is charming, down-to-earth and professional as ever as he promotes his film non-stop in Pakistan and internationally. In an exclusive interview with Daily Times, Sheheryar was thrilled and ready to take on any question we asked him!

What attracted you to ‘Parey Hut Love’?

Asim Raza was working on ‘Parey Hut Love’ even before ‘Ho Mann Jahaan’ happened. I got to know about the script in a casual conversation. Post ‘Ho Mann Jahaan’, we started looking at multiple scripts; for some reason nothing was clicking. I recalled the script of ‘PHL’ and we felt that as a general progression, it would be an interesting idea to go with. It took us about a year to get the script completed by Imran Aslam. It has those beautiful moments that are warm and will remind you of your first love. It has that tongue-in-cheek comedy backed by powerful dialogues. Asim has given it a woody alumnus kind of execution, so yeah, all these elements really got me excited.

Are you surprised that the trailer has got an overwhelming response and the song “Ik Pal” reached million plus views within few hours. It does not happen with every Pakistani film. How do you view this?

We have packaged ‘PHL’ as a wholesome Eid family entertainer; at the same time we’ve tried to retain the soul essential for a feature film. The music itself is very filmy; we wanted to relive the classic romantic films and the golden days of Pakistani cinema. I believe if you work hard and deliver a good product, the audience will surely connect and respond.

After doing experimental scripts ie ‘7 Din Mohabbat In’ and ‘Project Ghazi’, how has your approach to scripts changed over the years?

I am slow and steady with my progress; it’s a general progression for an actor to focus on one project at a time. I am here for the long run; it’s important for me to foresee that what I have achieved in the next 25 years. In terms of the learning curve, initially it was important to push myself and experiment with things that would help me shed my inhibitions. ‘7 Din Mohabbat In’ and ‘Project Ghazi’ helped me grow as an actor – individual. I feel I need to pick up pace now and switch gears to be commercially viable. It’s my turn to pay back to my fans who have been patient for quite long.

Is ‘PHL’ inspired by ‘Four Weddings & a Funeral’?

I wouldn’t say ‘PHL’ is inspired by ‘Four Weddings & a Funeral’; yes there are four weddings that will happen but the plot is entirely different. A lot of inspiration in terms of execution can be seen if you compare it to ‘Roman Holiday’, ‘Before Sunrise’, ‘Before Sunset’ and ‘When Harry Met Sally’. These are films we’ve grown up watching and they inspired us.

Tell us about your character Sheheryar.

Sheheryar from the film is a struggling actor; born into privilege, has a dark background that effects his personality. As the story unfolds you will see the shades of the multi layered character. He is not an average boy next door; he has issues with commitment not just in terms of love but in general. He is a bit of rebel; left his house and lives with his friends. Eventually he comes of age and realises to face his fears instead of running away. Sheheryar is a charmer although we have tried to keep it different from the quintessential ladies’ man that is usually shown in films.

How did your look get decided specifically your moustache?

I have always tried to experiment with my look; I feel being able to transform yourself emotionally also requires a bit on the physical side. The idea was to make it contemporary and give it a timeless romantic feel; the moustache was specifically inspired by Hollywood classics.

Maya Ali is fairly new to the film industry. How was the equation like working with her?

Maya is a born artist and amazingly disciplined; what sets her apart from her contemporaries is the fact that she is willing to go an extra mile in terms of putting in the hard work. For instance, she will never complain about long hours, early call times or doing another take. Post the super success of ‘Teefa in Trouble’; she walked into ‘PHL’ like a superstar. Initially, our methods very quiet different but we instantly clicked after our first take and it was wonderful working with her.

Any regrets about Mahira not doing ‘PHL’ as the leading lady? Tell us something about her special appearance.

Mahira has an important yet meaty role that shapes up towards the second half of the film. She brings in the jolt and twist into the entire story. To be honest, I am really glad and excited that she played Zeena. She had to be this beautiful gorgeous diva coming in late into the film but still having that kind of an impact. I feel there is no other actress in the industry that could have pulled off this role.

Azaan Sami Khan is relatively a young music director; wasn’t it a big risk bringing him on board for a film on a massive scale?

I have been friends with Azaan for a long time; we initially spoke about the film when he was writing ‘Superstar’. I have always admired Azaan for the amount of dedication, passion and the burning hunger he possesses as an artist. I spoke to Asim about considering him; we mutually agreed. I was pretty sure that under Asim’s supervision and guidance he will come up with something magical. I was able to bet at the right horse at the right time and it paid off; between the horse and jockey, I feel they have won the race.

How was the shooting experience? How did you manage to deal with a huge ensemble cast and many surprise cameos?

We have a huge 14-member main cast besides the surprise cameos. It’s a film about a struggling actor therefore we needed to show these people in order to get that vibe. Each day was like a carnival and the great part was that all the actors came in with zero tantrums and worked like a family.

Does ‘PHL’ bring in some kind of pressure on you to deliver a hit?

As an actor, I want every project to be a hit. I have huge expectations from ‘PHL’, but how will it be taken is beyond me. It’s not an individual actor or director work that defines success; it’s about the overall synergy that looks on screen. I am not taking any kind of pressure; right now I am celebrating the year and a half of hard work during the promotions and if turns out to be a hit, I’ll be the happiest man on Earth.

What’s next for the audience to look forward?

There are a couple of film scripts and TV scripts that I am looking into. I’ll be working for projects outside my production company as well. I’ll be moving straight into work after PHL and come up with something interesting.