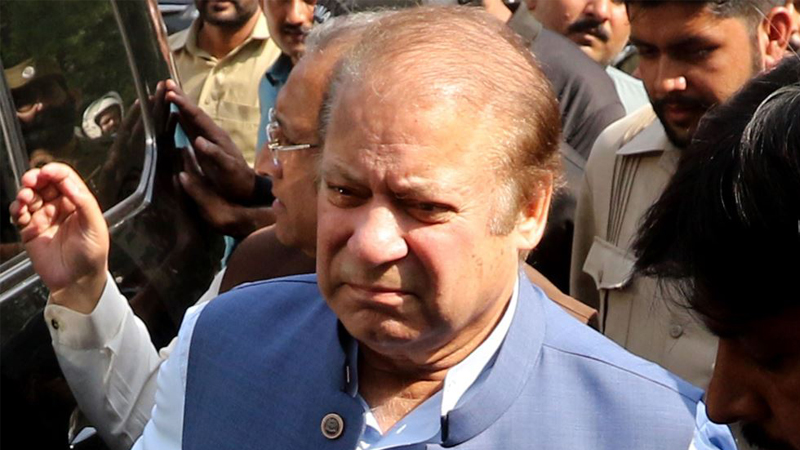 A Punjab Anti-Corruption Establishment (ACE) team on Tuesday interrogated ousted prime minister Nawaz Sharif in Kot Lakhpat prison in a case pertaining to an alleged illegal allotment of a property attached to the shrine of Baba Fariduddin Masud Ganj Shakar in Pakpattan.

The anticorruption watchdog quizzed Sharif for an hour and placed documents dated back to 1985 in front of him. “The documents are 34-years-old. I do not remember anything,” responded the former prime minister when the team asked him if he gave any advertisement in the newspaper regarding the allotment. “On what grounds was the land allotted and which officers issued the orders for the allotment?” asked the team. “On what basis the land was allotted to Dewan Qutub?” it questioned.

According to reports, the former prime minister reiterated that he did not remember as the case was decades old, adding that all legal requirements were completed in this regard. “I had fulfilled all the legal requirements but I do not remember the details. I had worked under the parameters of the law and the constitution and never misused my authority. I always served the country,” he maintained. “I would further respond over the matter after consulting my legal team,” he added.

The ACE team handed over a questionnaire to Nawaz Sharif and returned.

In February, Nawaz Sharif had requested the SCP to reject the report filed by the JIT against him in the case.

In January, a JIT had filed its report in which it had recommended initiation of criminal proceedings against several individuals, including the then Punjab chief minister Nawaz Sharif for withdrawing a Dec 17, 1969, notification and allotting the huge land of Auqaf around Pakpattan to Dewan Ghulam Qutab in 1986, allegedly in violation of a Lahore High Court (LHC) order.

After the partition, Dewan Ghulam Qutab and his family used to be the ‘owners’ of the shrine’s land as per the revenue record from 1947 to 1958. The family sold pieces of the land to different people until January 1, 1970, when the Punjab government notified the Auqaf Department as the rightful owner of the land and the Dewans the custodian of the shrine. Later, the Dewans moved the Lahore High Court but the case was decided against them.

In 1986, the government withdrew its 1970 notification and the Dewans reciprocated by withdrawing their appeal before the Lahore High Court against the decision. With this, the Dewans resumed their land selling business and the Revenue Department issued ownership rights to all the buyers.

In the meantime, a 1981 case regarding 17 marlas of land filed in a civil court reached the Supreme Court by 2015. The apex court chief justice took suo motu of the land deals of the shrine and summoned officials of the Revenue and Auqaf departments and the Dewans. After some hearings, the Supreme Court declared the notification of August 28, 1986, illegal and nullified all land deals done since then. The decision reportedly affected 100,000 residents of different localities.

The Dewans filed a review petition last year in defence of their right to sell the land with the Supreme Court against its 2015 decision, which remains pending since then.

Former chief justice Mian Saqib Nisar, during his visit to the Baba Farid shrine in 2018, had promised justice in the case when dozens of the affected people raised slogans to get his attention towards their plight.