On this day, Syed Sadequain Ahmed Naqvi is born

Syed Sadeqauin Ahmed Naqvi was born on this day in history to a family of calligraphers in Amroha, India in 1923. He is regarded as one of Pakistan’s finest calligraphers, muralists and painters with over 15,000 pieces in his repertoire, consisting of giant calligraphic murals, figurative art and drawings and not to mention, several thousand pieces of poetry.

He spent the early years of his life in India; however, he migrated to Pakistan in 1948 and joined the Progressive Writers and Artists Movement of Pakistan. Sadequain was a social commentator, and this is evident in his early work where he sought to portray and illuminate the social evils of society. The artist chose to delve deeper into the unknown, as is reflected in his work which featured some universal questions which vex all men. What is the meaning of life? Why have we been put here on this Earth? Questions regarding free-will VS predetermination and his work showcased an inclination towards the spiritual. 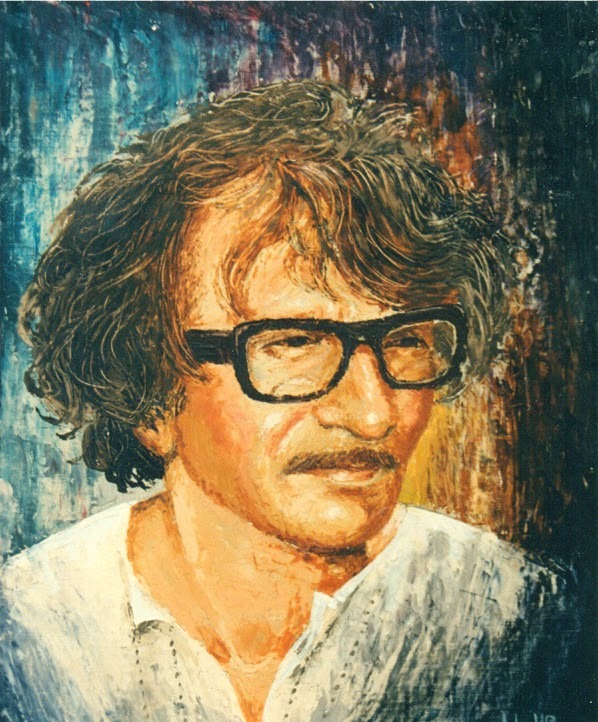 Sadequain revolutionized and transformed the once dying art of calligraphy and reinvented it into a bright, colourful and alive medium that has as much right to grace the walls of Pakistan’s famous places as do any other works of art. His faith was strong, his strength was his art and his art was his worship.  This great artist was not only a humble man who rejected the desire to acquire money or power, but believed firmly in being honest and kind. When asked why he never painted beautiful landscapes or butterflies, he replied, “I seek the truth and I am after reality. I am not inspired by someone posing against the backdrop of roses in a vase or pink curtains. What inspires me is a person who has gone hungry for hours and is struggling for survival. The expression that lights his face at the end of the day when he has finally found some scraps, that is what touches me. I am a painter of the expression of reality.” 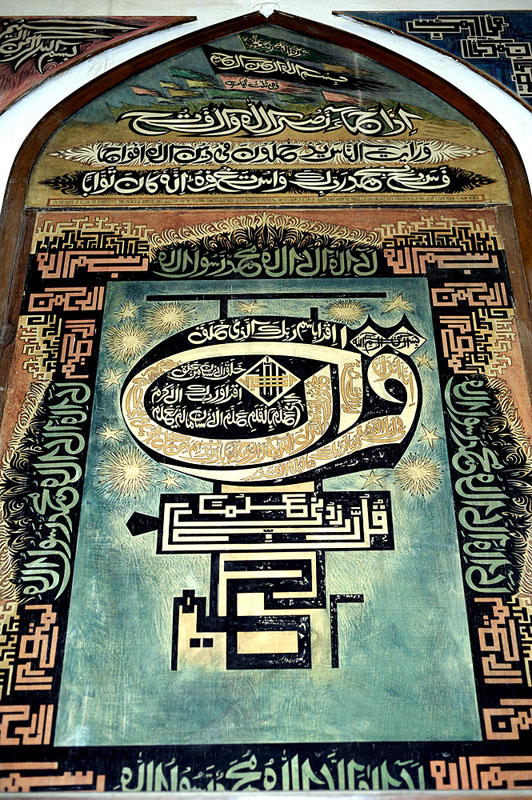 He was after realism and strongly rejected the calls of the material world. Although he had made a great name for himself in his homeland and beyond, Sadequin never sold his paintings. To him it was an expression of who he was, not treasures to be kept holed up in “rich snob’s” homes but rather he wanted the common man to come and view his paintings and take inspiration from his art. This is why his art works are featured in multiple public places in Pakistan such as at Lahore Museum and Karachi airport. He once gifted 250 paintings to the Pakistan National Council of Arts in Islamabad and used to give away his best works of art for free. 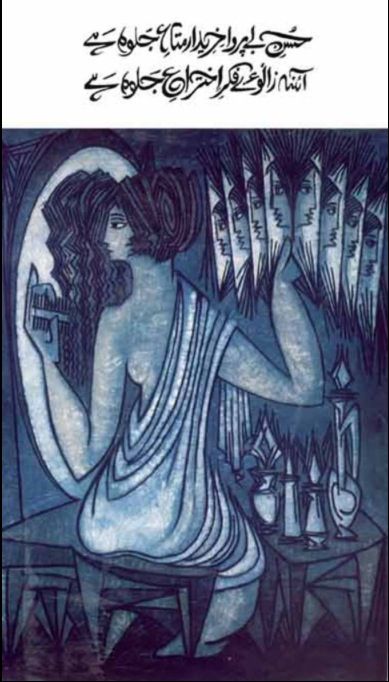 A man whose life revolved around his art, Sadequain completely immersed himself within his work, he was said to have been so devoted that the fingers on his right hand had permanently become deformed as if they were always caressing a paintbrush.

He even described his intense dedication in one of his poems:

The push cart of art is going on lazily, O God
The lines I write are topsy turvy, O God
As I have been drawing my passion since childhood
Now my fingers have become curvy, O God

It is day, night, evening or the break of dawn
Trowel does never leave my hands
By excess of work my hand aches so much
If I try to break the bread it does not break

Sadequain introduced the extraordinary art of mural making to Pakistan, an art form that originated from the Renaissance and was followed in the footsteps of greats such as Leonardo Da Vinci’s “The Last Supper” and Michelangelo’s  “The Creation of Adam” Some of his famous works are, “Quest of Knowledge”, housed by Punjab University’s library, the “Saga of Labour” which is featured at Mangla Dam and his “Arz-o-Samawat” (Earth and the Heavens) which grace the ceilings of Frere Hall. 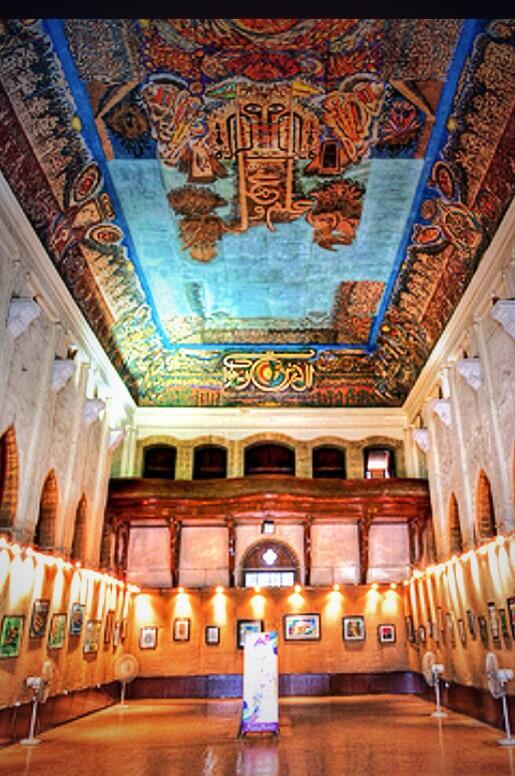 -Arz-o-Samawat (The Earth and the Skies), Frere Hall-

During his lifetime, Sadeqauin has brought to life through calligraphy, several great works of literature including, the poetry of Ghalib, Iqbal and Faiz Ahmed Faiz’s “Bol Kay Lab Azad Hain Tere” He was even chosen to illustrate Nobel Laureate, Albert Camus’s 1942 classic “The Stranger” while he resided in Paris. 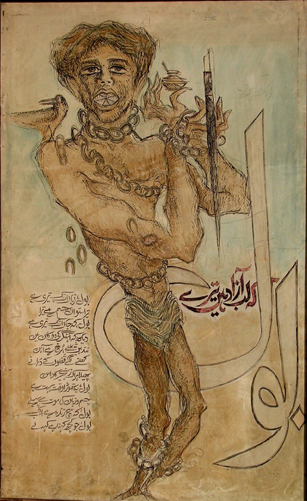 Syed Sadeqauin Naqvi was a man beyond his time and age, a self proclaimed fakir, he often responded to queries regarding his unfulfilled desires by reciting a famous line by Ghalib, 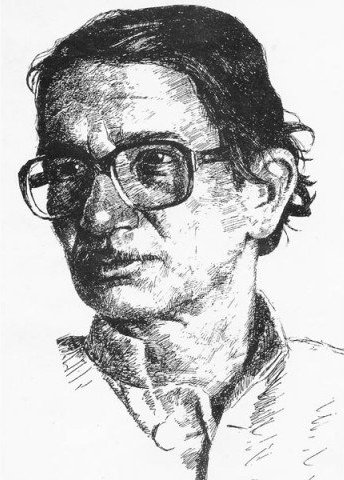 To him a man could never be satisfied, but he said that he was entirely satisfied and had no wish to cast any complaints against life. The reason for his undying and immortal success is the fact that he drew satisfaction only from his work, to which he gave everything. In times of the increasing need to attain more and more, Sadequain truly was unique; a man who died with no worldly belongings but left behind a lasting and immortal legacy.