The Geopolitics of Artificial Intelligence

Artificial intelligence, simply called AI, is one of today’s most important technological trends. It is a rapidly evolving domain with the potential to disrupt virtually all economic sectors. But while the attention is usually focused on its impacts on business, AI can also have a major impact on society and politics, both at domestic and international levels.

Of all the technological advances of our lifetime, AI has the most far-reaching implications. Research in this field has been going on for decades. Yet, in recent years, it has become a subject of particular interest; attracting considerable investments from both private and public sectors. This development has been driven by a combination of technological factors.

The first is the massive and growing amount of available information. which allows operations using big data. The second factor remains the increase in hardware computing power, which enables computers to work on larger quantities of data. The third element is the most important and different; Machine learning. Due to this, AI can identify regular patterns and make experiences, upon which it can take decisions. Currently, about 2.2 billion GB data is generated every day. Tech firms use this data to improve algorithms that mimic human behaviour. Thus, the more users exchange data, the more this service is improved.

Finally, the fourth factor is demography. As the population of developed countries shrinks and ages and the economic growth slows down, the financial burden of the state mounts. Soon, the advanced economies that are all ready to accommodate these demographic realities are looking to AI to increase productivity and boost economic growth. As a matter of fact, it is estimated that by 2030, AI could add USD 15.7 trillion to the global economy. Due to the convergence of these factors, the world is on the verge of an AI revolution that would define the 21st century and radically transform our socio-economic order as did the industrial revolution in the past. 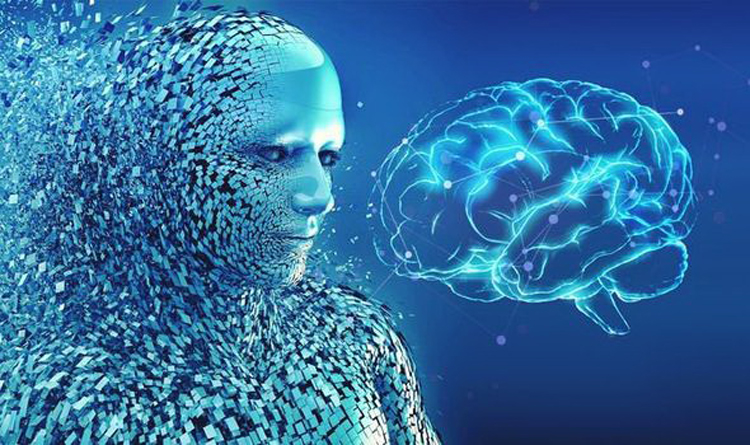 AI has countless applications. For this reason, major firms are investing in this technology as many startups thrive in this sector. For example, between 2012 and 2016, the US and Chinese firms received USD 17.9 billion and USD 2.6 billion, respectively in financing. But corporations are not the only actors interested in AI systems. States are also involved to the point that an AI race has begun between technologically advanced powers.

The first reason why states want to develop AI systems is that this technology can boost their economies and consequently increase their power. AI would not only create new high-income jobs in its own sector but also have a formidable spillover effect in related industries and the service field. It would increase productivity in all industries due to faster and more efficient data management.

Two main players outshine all others in the AI race: US and China

AI can also be used to monitor social, political, economic and environmental trends. On one hand, this allows the system to take preventive actions and avoid dangerous scenarios. Meanwhile, it also means that AI can become an extremely powerful tool, enabling governments to control their own citizens and shape their mindsets as well as interfere in the domestic affairs of other countries.

In short, AI is a tool used to exert power, not much in its coercive hard form but rather in the soft version by influence and the spread of valuable information to affect the people’s perception of reality. Lastly, AI has impressive military applications, including command and control, strategic planning, detection targeting and cyber warfare. But it can also take the forms of lethal autonomous weapon systems or laws. They use AI to examine the battle space and engage targets of various degrees of autonomy. A notable episode dates back to 2016 when AI, powered by 35 USD Raspberry PI computers, defeated a retired US air force colony in a series of a computer-simulated dogfight. Moreover, unlike the colony, the AI showed no signs of fatigue. What is most important is that this represents the step forward to the ultimate stage of laws, which has not yet been achieved. Called human-out-of-the-loop systems, they can operate with full autonomy without any human intervention. Laws are highly controversial due to the ethical implications and activists are demanding their preventive bans. Yet, the deployment cannot be excluded in the future at least for platforms operating in environments where the risk of unintended civilian causalities is minimum like air, sea and especially, outer space.

This overview already showed the scale at which the technology can serve the states’ interests. It is not surprising that since 2017, many countries have even published their national strategies on AI. First was Canada, which was followed by Japan, Singapore, China and many other developed economies. This shows the AI is becoming a terrain for competition between great powers. In this regard, it is notable that in September 2017, Russia’s President Vladimir Putin stated, ”Whoever becomes the leader in this sphere will become the ruler of the world.”

Yet, two main players outshine all the others in the AI race: US and China.

Until now, the US remains the leader in this field even though it has not yet adopted a unified AI strategy document. Washington has clearly shown its interest in this sector. President Trump has taken a free market stance aimed to support American workers favouring research and invasion and preserving the US primacy in AI.

China’s AI quest is driven by its government. It acts to acquire precious foreign technology and companies as well as to conduct its own private firms, many of which are often affiliated with the government. China’s primary aim is to become the world’s leading AI centre by 2030, which is a clear challenge to the US, which wants to maintain its hegemony in this sector.

It is evident that AI technology and the power that comes from it are largely proactive of advanced countries. Hence, this would have geopolitical implications on a global scale. In spite of the world’s increasing connectivity, states seem determined to affirm and preserve their cyber sovereignty by controlling and protecting data at their disposal by ensuring that AI does not become a menace in this sense. States behave on a double trend. One of which is the nationalisation of the tendency to intervene in the economy to direct and control the development of AI. The other is AI Nationalism that refers to the use of AI to serve the interests of the state and increase its power. This zero-sum is driven by nationalist political forces and great power competition and the fact that states are aware that AI can be used to exert influence in the domestic affairs of other states and pose a threat to national sovereignty.

This would be closely linked to another phenomenon: cyber neo-colonialism. Powerful states would use their wealth and technical scientific superiority to gather precious data for poorer countries in the need for advanced technology. This would fuel the development of AI systems and also make this kind of exploitation easier; creating a self-lamenting circle. But losing control over data means these states would see their sovereignty being deteriorated with economic and political spillovers, leaving them even more vulnerable to foreign interference.

The writer is a biotechnologist and a columnist