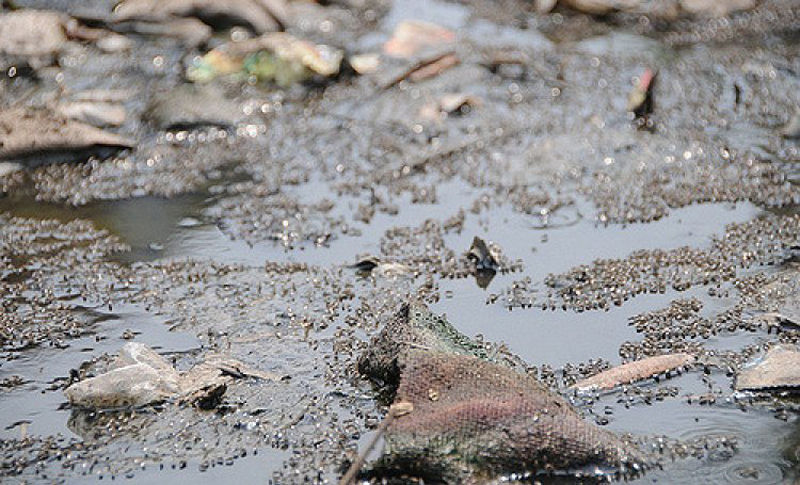 Most of the hospitals and medical facilities in Punjab are disposing of their hazardous wastewater into water bodies, violating the laws set by Environmental Protection Agency (EPA), Daily Times has observed.

Such untreated water is contaminating the surface water and further causing waterborne diseases, making the life tough for all living being.

Punjab is currently facing numerous environmental issues, including rising level of air pollution, land pollution and water pollution. During last few years, EPA put some efforts to deal with the industry causing water pollution but issue of hospital wastewater (HWW) remained unnoticed by any of the authorities concerned.

Many reports have been highlighting the issue of hospitals’ wastewater, indicating its negative affects to the ecological balance and public health. These reports states that if hospital wastewater is untreated then pathological, radioactive, pharmaceutical, chemical and infectious components lead to outbreaks of communicable diseases, diarrhea epidemics, cholera, skin diseases, polio, enteric illness, water contamination and radioactive pollution.

According to data compiled by the Punjab Healthcare Commission (PHC), there are around 3,700 public hospitals in the province, while 2,900 to 3,000 are working privately where in-door facilities are being provided to the patients. Interestingly, most of the hospitals in province are working without wastewater treatment plants. Moreover, including all hospitals’ management, no authority has any record regarding how many cusecs of water was being disposed of on a daily basis.

For many years, only solid waste generated from hospitals had been considered as the hazardous and dangerous to human health, while its diverse repercussions have been highlighted for other living beings.

This law where provides proper guidelines of disposal of hospitals’ solid waste, it also clearly speaks over the disposal wastewater. Hospital Waste Management Rules 2014’s section 20, clause 1 describes that depending upon the types and nature of the waste material and the organism in the waste, risk waste shall be inactivated or rendered safe before final disposal by suitable thermal, chemical, irradiation incineration, filtration or other treatment method or by a combination of such methods involving proper validation and monitoring procedures. Clause 2 of same section cleared, “Effluent from the waste treatment method should also be periodically tested to verify that it confirms to the Environmental Quality Standards before it is discharged into sewerage system.”

After the promulgation of the law this was the duty of all the stakeholders to perform their duties to make sure the safe disposal of hospital waste. These stakeholders were the hospitals, health department, city district governments and Environmental Protection Agency (EPA). Despite a clear law, this has been noticed that all the authorities remained reluctant to fulfill their duties.

An official in Punjab EPA informed Daily Times that this was the prime responsibility of health department to restrict the medical facilities whether public or private to comply with law. He said that EPA’s mandate is to regulate the law and not to monitor the irregularities of issues.

When contacted the healthcare commission, a senior official speaking conditionally not to mention his name said that commission fulfill its responsibility while testing wastewater being disposed from hospital was never its domain.