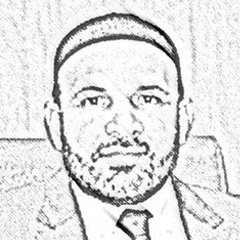 Rethinking reforms in the Higher Education

Universities are considered as hubs of cutting-edge research and ideas. The potential of universities as engine of national development has attracted a great deal of attention of governments, policy makers and academia across the globe. But it also led many of them astray because they followed simple theory of sorts and assumed that there was a linear pathway from research to commercialization, innovation and economic development. Pakistan Higher Education Commission (HEC) also followed suit of theory of linear sorting and has increased research output in the hope that research will lead to development. There is a basic difference between “What works” and “Why does it work”. Pakistani thinkers only worked on the formers and did not work out about the latter. As a result, Pakistan has been able to increase research output but failed to achieve the goals of research. “Why does research work”was the fundamental question which didn’t get due attention.

HEC policies were designed to promote researchin the hope that it would lead to economic development.Pakistani academia tried to elevate its standing by increasing research output. It was partially successful and HEC took credit for this increase in research output over the past two decades. But HEC high-ups failed to understand “Its not numbers but numbers which matter”. HEC authorities failed to distinguish between dandelion and flowers and it kept on boasting its performance based on growing more dandelions.Pakistan think tanks are still not out of the dilemma of developing certain metrics as Dr. Haque (Ex-DC Planning Commission of Pakistan) rightly pointed out that Pakistani professors are assumed to remain in their silos and they have no role to play in policy making. Their main job is to do teaching of whatever quality they like. Policy is left in the hands of foreign relatively less qualified consultants. It rewarded academia for producing more quantity than quality. Metrics set for evaluating the performance of the academia and graduates were biased in favor of couple of disciplines. I don’t comment on intentions of the high-ups, but this resulted academia to fall in a trap of mediocrity when rest of the world was thinking about star performers. HEC authorities failed to realise that quantity cannot bring quality.

There were very few who challenged this naïve and mechanistic view of increase in research output will lead to economic development. Policy makers failed to explicitly explain university multifaceted role and what should be the role of universities in providing solutions of complexities of the 21st century.Only weeds grow in isolation: ideas, talent, technology, research and development all go hand in hand. Revisiting this theory of linear sorting is need of the hour. Pakistan higher education system seems to have lost its direction after failing to get desirable results of increase in research. Proponents of the HEC policies want to continue with current system of increasing number of research papers with slightly amended metrics. Opponents, on the other hand. suggest a great overall in our university research system and need to revisit and rethink our priorities.

No genuine dialogue and conversation took place during the past two decades since the inception of the HEC. There is a consensus that Pakistan university system needs new direction and there is need to revisit our university research system as per current and future requirements. HEC, current chairman, has started a dialogue and debate on rethinking and revisiting of the higher education policies. There is need for thinking afresh about our Higher Education System at this critical point in time to bridge the human capital deficit as per current and future challenges. These challenges are beyond the comprehension of those who were trained as per 20th century challenges whether they are proponent or opponents. There is need to have integrated thinking and systemic approach for resolving some of the most important issues of our higher education system.

Firstly, governance of the universities is a serious challenge as we are trying to run the universities in the 21st century on the governance of pattern of early 20th century. Secondly, strong faculty development program (FDP) will help to produce graduates having skills matching with those of the markets. Only dynamically growing faculty, ready to learn new skills and adopting itself according to new challenges, can contribute to provide quality graduates. Thirdly, there is need to produce graduates who have multiple skills- they should be jack of all trades and master of few. Fourthly, producing PhDs who can compete with the rest of the world both in the job market and research. Fifth, there needsto promote the culture of finding, maybe inexact, solutions of larger problems of the society instead of rewarding academia for finding exact solutions of bite-size problems for the sake of having more research papers. Other challenges include bridging gap between academia and policy makers. These are, of course, big challenges and need lot of energy and effort. Chairman HEC has gigantic challenge to bring all the stake holders on board, providing finances and face the opposition from detractors.

We all agree that university should produce high quality manpower mainly from our public-sector universities. There is need to have open and candid discussion on the issue rather outrightly rejecting/accepting the schemes/ideas. Unfortunately, we either celebrate or outrightly condemn such initiatives. But instead of spending our time and energy on finding faults and raising doubts based on speculations and personal animosities, energies should be spent on how can we make our universities places of ideas and knowledge creation by removing loopholes which were left in previous policies? What are the deficiencies and weaknesses in the existing set-up we need to overcome? I fear that in an environment where detractors and critics of all kinds are revered, emotional outburst dominate electronic and social media, Chairman HEC will have to face lot of challenges. But I shall suggest him to move ahead as not to try is a certain failure but in trying there is a chance for success.

The writer is Professor and Director, School of Economics, QAU