In the 10 months that the Dear Leader has skillfully governed the country, I’ve come to the realization that inflation is actually a good thing. In fact, I don’t think we should worry at all when prices rise steeply. This government has increased the minimum wage by Rs 2,500 per month, so the common man will not be affected by high prices. At least, that’s what this government tells us, and if we know one thing, it’s that this is the only Pakistani government in history with 100 per cent honest and truthful ministers. So, when I see rampant inflation and the steep decline in the value of the rupee (with the US dollar trading for nearly 50 per cent higher than it did when a corrupt PM went home), I feel a glow of contentment. Here’s why:

During the five years of torture the people had to suffer under the previous government, inflation had been low. The US dollar appreciated by a mere 12 per cent over five years; the prices of wheat and milk by 13 per cent; and the price of sugar remained unchanged. The uninitiated might ask what is wrong with that, not knowing why such low inflation is bad? My answer: everything is wrong with it. The incumbent government learnt upon taking over power that the gentlemen keeping the inflation low were looting the country. They did this so thoroughly that no one knows how they managed to build all those metros etc while taking practically all our tax money went out of the country. Now we know that they were able to do so by keeping inflation down. The mathematics is simple, low inflation means high corruption. 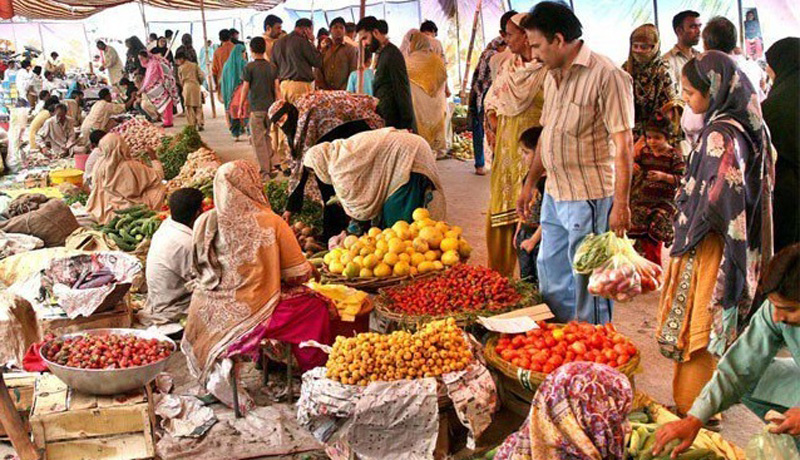 I am happy when my air-conditioner conks out and the repairman wants Rs 2,000 more than he charged 10 months ago. My driver and my servants don’t complain about soaring prices. They know I will have to raise their wages even if the parliament doesn’t pass the budget. Come to think of it, the impending 190 per cent raise in gas charges will mean more inflation, and even less corruption.

Those who looted the country in the past are responsible for the low egg prices. They are paying the egg dealers to sell at low prices to embarrass our Dear Leader

But there is one thing that disturbs me. In fact, I have not been able to sleep for the past four nights wondering about it. The price of eggs is at an all-time low, even lower than it was two years ago. I was paying Rs 110 at this time last year for a dozen eggs, today the price is Rs 85-90 a dozen. I thought egg prices would at least rise in Ramazan, but they didn’t. I even tried to persuade the shopkeeper (from whom I have been buying eggs for more than 20 years) to charge more for eggs, just as he had raised the prices of all other things. “How can you not raise egg prices in the holy month, don’t you know everything costs more?” I mean, I haven’t read the Constitution lately, so I’m not sure if it’s true, but I think I heard a long time ago that it does allow prices to rise in the month of fasting (just as sale of smuggled items is allowed throughout the year). As I was shouting at the shopkeeper (I even called the poor man an enemy agent), there was soon a crowd around us. Some people came over and advised me to check prices of eggs in a couple of other places. I did so, stopping at five shops on my way home, and I was shocked that none of them had raised the egg prices.

Naturally, I’m worried now. I mean, how will our honest ministers explain why while the prices of all edibles have soared, have the egg prices actually gone down? I can imagine the Great Khan frowning and demanding an answer. Finally, I believe I have cracked this one.

Come to think of it, it is evident that those who looted the country in the past are responsible. They are paying the egg dealers to sell at low prices to embarrass our Dear Leader. After all, they have to use all those looted billions somewhere. This is their way of blocking the phenomenal progress the country is making under a popular government. In this nefarious plot, they are supported by the Indo-Israeli lobby, which wants to denuclearize us. I suggest that the Great Khan immediately form a commission to investigate and punish those responsible for the artificial decline in egg prices. We can’t allow our enemies to destabilize the country in this manner.