PPP, PML-N face opposition from within over Sanjrani’s removal 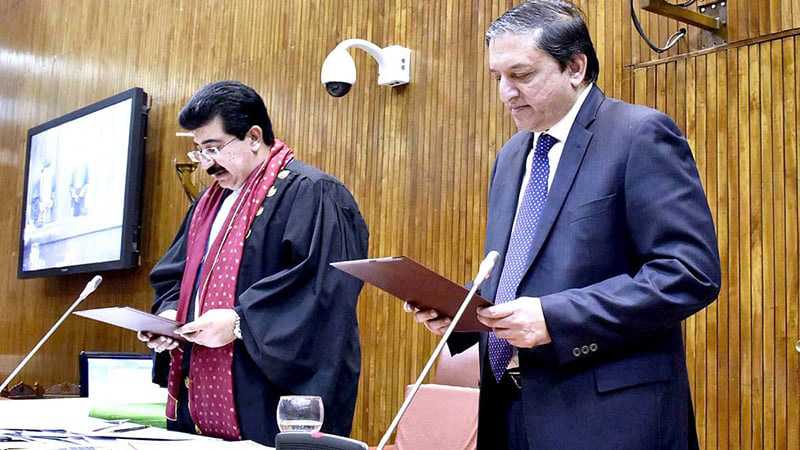 Senators from the Pakistan People’s Party (PPP) and the Pakistan Muslim League-Nawaz (PML-N) have opposed passing a no-confidence motion against Senate Chairman Sadiq Sanjrani, Senate members from both the parties told a private news channel on Tuesday.

Party members have reportedly refused to be part of the no-confidence motion.

Similarly, PPP leadership was advised against such a move by the party’s senators.

PML-N workers said that the only reason PPP had voted for Sanjrani was to oppose the PML-N. They further remarked that the PPP had purposely chose not to field Raza Rabbani as a candidate, despite being advised to.

Meanwhile, the deputy chairman of the Senate, Saleem Mandviwala, also opposed the motion. Mandviwala is reportedly of the view that such a move would be a source of great embarrassment for the Senate.

When the Senate elections were held, the PPP had cast 19 votes in favour of Sanjrani, while the Balochistan Awami Party (BAP) and its allies had cast 32 votes in support of Saleem Mandviwala, a source close to the Senate chairman said.

The source also alleged that the motion against the chairman was the wish of Jamiat Ulema-e-Islam-Fazl chief Maulana Fazlur Rehman alone.

In January this year, Mandviwala had confirmed reports that efforts were underway to remove Senate Chairman Sadiq Sanjrani from his office.

Referring to meetings of former president Asif Ali Zardari with Fazlur Rahman and Mir Hasil Bizenjo, he had said that a no-trust motion against the incumbent chairman of the Senate would be brought if opposition parties made a collective decision.