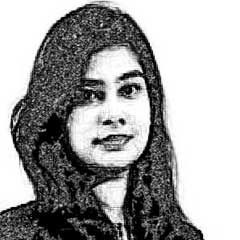 Pakistan’s milk sector is quite lop-sided. While it is one of the largest dairy industry in the world, only 5% of industry players pay taxes and provide hygienic milk and milk products, 15% milk is wasted due to inadequate refrigeration facilities and only 80% is left for sales in loose form. Of the 80%, only 45% is actually sold. Unfortunately, the untaxed and unregulated loose milk sellers provide unhygienic and adulterated milk which greatly impacts the health of the nation as consumption of adulterated loose milk creates child stunting and nutritional deficiencies among women and children.

Since only the 5% formal sector is subjected to taxes, it sells milk at higher prices than loose milk and this milk, though hygienic, is not affordable for most of the population. However, it’s important to understand what led to this price deferential.

The increasing trend of prices of packaged/hygienic milk and milk based products is due to abolishment of zero rate tax policy which has drastically increased the cost of the milk processing industry. Since 2006, the government granted ‘zero rate’ sales tax status to milk and milk based products including raw milk produced by commercial farms, to keep the packaged dairy products under the buying reach of the general public. However, after implementation of Finance Act 2015-16 and 2016-17, sale tax zero rating status has been abolished and these products have been subjected to taxation and reduced tax at 10% was imposed on dairy products while UHT and fat filled milk were categorized as ‘exempt’ under the Sales Tax Act 1990.

Now the already struggling industry have to face the proposed Finance Bill 2019-2020, presented on 11th June 2019, in which it has been proposed to impose 10% sales tax on Fat Filled Milk products. Major products included in fat filled milk are tea whiteners and fortified milk solutions for growing up children. This move will not only negatively affect the dairy industry but will force the general public to switch back to unhygienic and adulterated loose milk as the other option will be out of their affordability. Moreover, higher taxes on fortified milk based solutions further intensifies the myths associated with breastfeeding in Pakistan and undermines the issues new mothers go through. Higher taxes on these products will only result in shifting the burden upon the common man. Therefore, it’s important for the government to review and reinstate the proposed fiscal policy toward the dairy sector in terms of its broader socio-economic and public policy objectives.

An enabling environment is required to revive the dairy industry so that the rural economy can be boosted. This way, the government can also address the issue of malnutrition and increase its tax revenues. Zero-rating must be reinstated for milk and milk related products in the formal milk industry as per the Fifth Schedule of the Sales Tax Act, 1990

Following abolishment of the zero rated tax policy on milk, the costs incurred by the formal milk industry have greatly increased. Its profitability has decreased and new investment is not being made. Also, there are no new initiatives for development of milk farming and improving the cool chain infrastructure. According to an estimate, US$ 50 billion are required to modernize and grow the dairy industry and this could come from the private sector. A more rational tax policy would provide a level playing field that has to be consistent over the long run and promote public policy objectives. The present tax regime on milk in Pakistan doesn’t reflect these principles and it discourages dairy development.

An enabling environment is required to revive the dairy industry so that the rural economy can be boosted. This way, the government can also address the issue of malnutrition and increase its tax revenues. Zero-rating must be reinstated for milk and milk related products in the formal milk industry as per the Fifth Schedule of the Sales Tax Act, 1990.

A beginning can be made by removing Regulatory Duty (RD) on Skimmed Milk Powder. The processed industry accounts for about 33% of powdered milk imports. A step in this way can help manage the challenge of seasonality of milk supply in the industry. There are two seasons, Flush and Lean that create an impact on supply of milk. During summer, i.e. lean season, milk production drops by 60-70% at farms due to poor fodder availability and the lactating cycle. On the other hand, cows tend to give more milk during flush season due to high availability of fodder. Packaged milk industry, due to their quality production facilities, are able to buy excess milk in flush season. Therefore, instead of milk being wasted, the farmers can sell excess milk to packaged milk processors and it can be converted into powdered milk which is used in the making of variety of products such as infant milk formula and tea creamers.

At present, RD on powdered milk is imposed at 25%, in addition to 20% Customs Duty and an additional Customs Duty of 2%. These duties have hugely impacted the profitability of the formal sector. Reducing duties/taxes will reduce the cost of packaged dairy products, increasing their demand and sales volume, which in turn will attract more investment to the sector. Pakistan has one of the lowest yields per dairy animal in the world. Compared to 9,500 litres per buffalo in the West, a buffalo in Pakistan produces just 1,300 litres which makes the country’s dairy industry uncompetitive.

As adulteration of loose milk and its impact on stunted child growth cannot be ignored, it is important to make healthy form of milk affordable for an easy access to consumers.

The writer is a freelance writer and communications practitioner