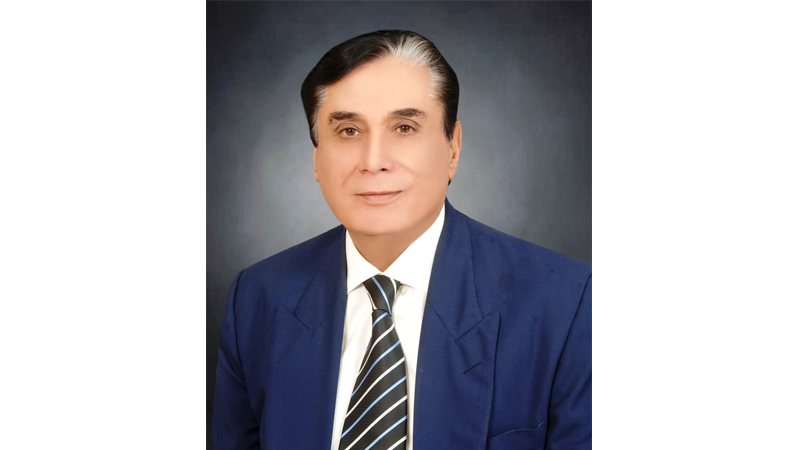 Corruption is mother of all evils which has become voice of the whole nation today who wanted to eliminate corruption from country with iron hands. Chairman National Accountability Bureau (NAB) Honourable Justice Mr. Javed Iqbal devised an effective three pronged anti corruption strategy of awareness, prevention and enforcement immediately after assumption of his responsibilities as chairman NAB which was acknowledged as the most effective anti corruption strategy devised ever.

Chairman NAB has transformed NAB as an vibrant organisation after taking various initiatives and implementing numerous reforms in NAB, virtually making it Pakistan’s apex anti corruption organisation who is actively pursuing the cause of eliminating corruption in order to nab corrupt elements. Chairman NAB considers elimination of corruption as his top most priority. His policy is ‘Accountability for all’. The NAB under the leadership of chairman NAB has recovered record Rs 326 billion from corrupt elements after completing legal formalities and deposited in national exchequer and not a single penny is received by any officer of NAB.

NAB has firm resolve of eliminating the menace of corruption from the country as per law. Priority is being given to take back looted money after logical conclusion of mega corruption cases.NAB has redoubled its efforts to deposit the looted money into national exchequer. Excellent results of NAB’s awareness, prevention and enforcement policy have already started pouring in as prestigious national and international institutions including Transparency International, Pildat, Mashal Pakistan and International Economic Forum lauded NAB’s corruption elimination efforts.

According to Gillani and Gallop Survey 59 percent people expressed confidence over NAB as the bureau believes in ensuring self accountability, transparency and implementation over law. Chairman NAB has made registration of complaint process very easy. He himself listens the complaints of aggrieved people on every last Thursday of every month. The chairman NAB has addressed over 3,000 complaints after personally listening from the people in his office. This increased peoples’ confidence over the bureau. The bureau had received 44,315 complaints last year which were double as comparing to last year. As many as 600 persons were arrested by NAB, whereas 590 corruption references have been filed in various accountability courts during the present management of NAB which is a record achievement.

Furthermore 1,210 corruption references having looted amount of Rs 900 billion also under trial in different accountability courts. The conviction ratio of culprits by NAB is 70 percent which is proof of excellent performance of NAB.

NAB has introduced reforms in its operation and prosecution divisions where investigation officers id being trained to enhance their capabilities to investigate white collar crimes on modern lines. The positive results of NAB’s combined investigation team (CIT) system have also started pouring in. Nobody could influence the investigations of NAB due to introduction of CIT. The NAB has also established a state of the art forensic laboratory in NAB Rawalpindi to improve quality of investigations. This is definitely helping in concluding the cases of corruption and their quality have much improved.

NAB was the first organisation which has signed a memorandum of understanding with China to cooperate against corruption. Furthermore Pakistan and China will also cooperate to eliminate any corruption in CPEC projects. This will help in increasing bilateral cooperation between the two countries on anti corruption.

NAB has also arranged a SAARC Seminar which was participated by all member countries of SAARC and praised NAB’s efforts of anti corruption. NAB has become role model in this regard. NAB is also chairman of anti corruption forum of SAARC which is important success of the country.