The growing trend of drug abuse in Pakistani universities 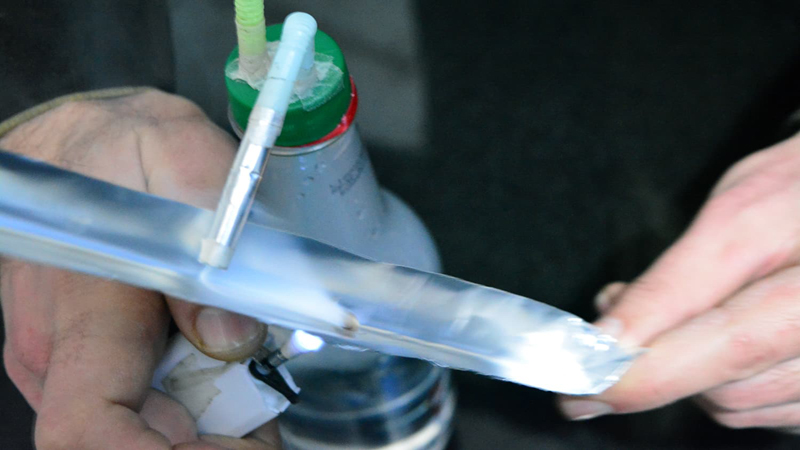 A person is in a constant need of catharsis and motivational support from loved ones. Sometimes to a greater extent and other times, less in this capital world, the void of sympathy and kindness to the person himself but to his societal hierarchical position. He/she is very much prone to fall into the arms of biochemical pursuits of happiness. This is most common in today’s youth, where a year won’t pass by in universities without the news of a student dying due to drug overdose or suicide. In such cases, often the victim is blamed and the news becomes a history of ancient past. Until, another one becomes a victim. If in today’s world, questionnaires are to be distributed among masses, asking about the major issue of the world, the answers would be something like ‘poverty’, ‘illiteracy’, ‘global warming’ and terrorism etc. But what exactly are the immediate issues which we often tend to ignore at governmental/societal level? What are the major reasons which push an average common citizen to suicide and escapism not directly influenced by global warming or terrorism? Lack of support. Lack of motivation. Lack of inspirations. In short, his/her unmet emotional needs. The need to be heard. The need to speak up. The need to connect.

Pakistan is a country where a huge population lives below poverty line and the illiteracy rate is about 58 percent. The biggest fear is unemployment. This fear has ‘fogged’ people’s minds to such an extent that the parents of students are usually more concerned about their academic counselling rather than their mental counselling’s. Parenting has the major role in developing a child’s will power and his emotive senses. When parenting fails, a new highly depressed society is born. The second in row responsible for such predicaments are the educational institutions. Usually, schooling should be for the purpose of individual’s personality growth but mostly it limits child’s mental vision. The ‘rote learning’ system in Pakistan educational institutions has killed creativity and infused anxiety into young minds. Majority of us grows up with such anxiety and lack of emotional connectivity and when such a mental state is thrown into a competition for survival of fittest. Hostels/homes becomes overcrowded with minds full of anguish and desperation.

The growing drug trend in Pakistani universities is the reaction to such frustrated atmosphere caused by such ‘fogged’ minds. The usage of hashish and ‘ice’ has now become so conventional among students irrespective of their genders. One can detect despair, if not depression in conversations with eight out of 10 university students. What should have been the solution instead is self-counselling rather escapism but our learnings are devoid of such counselling since our primary education. Our education is devoid of self gained knowledge. It doesn’t promote the quest for life and healthy habits such as reading. Although, there are areas where this very habit isn’t sufficient to suppress anxiety and depression.

And where the very habit is used as another form of escapism.

One can find well read people being victims of ‘fogged’ minds. The self-help corner in the book store is filled with book covers with catchy lines. ‘Reclaim your heart’.’Powered by happy’.’Who will cry When you die’. Though, these books may be wonderful and reading is very important but will power can’t be built by simply reading about it. Apologies to all the introverts, who justify their unhealthy habits by claiming that reading and only reading is the solution to all of the problems. And that reading alone provides escapism from such a hectic competitive world. People and specifically students start finding ways to blur the reality and create their own mirages of happiness.

But, happiness more accurately contentment, is a process. Also, happiness demands effort. Effort to connect with different people from different circles in a healthy way. What is that healthy way? It’s balance.

What is it exactly like to live with a mind completely ‘fogged’? Or may it be asked, how does a mind overflowing with deeply rooted unchecked anxiety influence a person’s daily life? The answer to this question is simple and so simple that many people take it for granted. It takes away the ability to see surrounding in colours and life as something more than what it seems. Human mind is a tricky thing. It can make a person believe in anything if unchecked. It can shrink the possibilities in life and as well as expand it. ‘The world is as we see it’. But that seeing demands check and balance that comes from ‘care’. Care on the part of parents by becoming responsive to child’s emotive needs. Care on the part of educational institutions to recognize that human development is not mechanical, rather cathartic. Care on the part of other humans through their empathy. The ‘balance in life’ is to be taught from the early stages of life.

Where there is a need to promote mental health counsellors in educational institutions and other sectors. There is also a need to introduce self-help courses into primary level syllabi in government and private educational institutions, likewise. Also, regular seminars on mental health in public are need of the hour. Print and electronic media can be used to propagate such awareness and to reach the remotest audience. The writers and anchors should be encouraged to engage in talks about this grave issue more often, which has penetrated into our society so subtly.

The writer is currently studying at Government College University. She can ereached at nidakhattak0@hotmail.com