After the concern about child camel jockeys a decade earlier, the issue of trafficking in persons and human smuggling has again reared its head with the bride-trafficking scam. Trafficking-in-persons is an act of exporting or importing humans across borders. The crime gains control over its victims with an aim to exploit them physically or sexually. It involves conscription, transfer and reception. Coercion, fraud, threats, deception and abuse are tactical part of the process. The United Nations General Assembly states, “…the end goal of forcing women and girls into sexual and economic exploitation through fake marriages, forced prostitution, enslaved domestic labour, clandestine employment and false adoption is illegal profiteering of recruiters and crime syndicates.”

In the case of smuggling, migrants themselves or their parents/guardians voluntarily chalk out a formal or informal agreement, which means there is an element of consent. The relationship between the trafficker and the victim is fairly prolonged as his/her exploitation either continues or begins upon arrival at the destination while the link between the smuggler and the migrant-victim ends upon arrival at the terminus. The latter essentially involves cross-border movement while the former may take place within the country as well. During the transfer, victims of both categories may encounter serious injuries, even death. Both offences violate dignity, integrity and human rights of the victims.

Pakistan is a transit country as well as a destination country for trafficking women and children. Bangladesh-India-Pakistan is the common route but sometimes Burma, Sri Lanka and Afghanistan are also involved.

Alarmingly, a tide of girls trafficked from Pakistan to China, through fake nuptial ties, has recently emerged. Stories of trafficked brides being forced into prostitution and organ harvesting abound. The FIA is busting trafficking rings and new scams one after the other. Young girls are being bullied into the black market of sex and organ transplant in China. Fictitious Chinese grooms lure poor Muslim and Christian families into marriage, employment and stay in China. Investigations reveal that the so-called matchmaking agencies bring Chinese men under the pretension of seeking spouses, mostly underage girls. 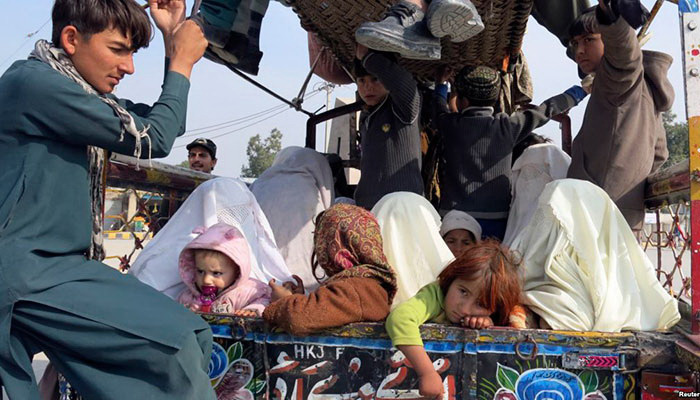 Raiding in several cities of the Punjab, the FIA has arrested more than 50 Chinese men involved in girls trafficking through fake marriages. Parents and matchmakers are also identified in payments and bride transactions. Reportedly, over 100 women, mainly from underprivileged Christian families, have been trafficked to China in the recent past. There have also been some genuine marriages.

A UNODC (2018) report reveals that higher numbers of victims of trafficking were reported in 2016 than at any time over the past 13 years. Children accounted for 30 per cent of the victims, while girls outnumbered boys. The FIA has identified 14,588 victims of trafficking in 2016 compared to 4,649 in 2015, demonstrating a 31 per cent increase. In 2017, FIA’s anti-trafficking unit recognized 17 Pakistani victims and no foreigner compared with 131 Pakistani victims in 2016. Punjab Police reported registering 14,571 victims in 2017, of which 12,133 were women, 2,133 men and 107 children, compared with 2,134 women, 2,184 men, 200 child victims in the year 2016 i.e. a significant increase. Trafficking of children to serve as camel jockeys was a major scam in the last decade. About 40,000 children were trafficked for the purpose. Interviewed by Caritas (2010) out of 59 children trafficked to the UAE, 19 had suffered injuries, seven had their arms broken and three had had their legs wounded. There were children trampled to death under the camels’ feet. Many had been sexually abused.

A number of girls and women are smuggled to Gulf countries as khadima. Over there, their role and possession may change. Girls brought from rural to urban areas for domestic labour are sometimes forced into prostitution. Afghan refugee children are exceedingly vulnerable to trafficking and sexual exploitation.

M, a 16-year-old Christian girl, recently reported that her parents had married her off to a Chinese man hoping that she would live a better life. Five months into the marriage, she was back in Pakistan and pregnant too. She is now seeking a divorce from her husband. “My husband was abusive. I am one of the hundreds of poor Christian girls trafficked to China. Almost all of them are maltreated or sexually exploited,” she said.

Nazir Ahmad, a resident of Lahore, registered a complaint with the FIA. He said, he was contacted by some matchmaking agents claiming to represent a Chinese man, Musa, newly converted to Islam, who intended to marry a Muslim girl. Being poor and disadvantaged, Nazir added, he was persuaded to marry his daughter off to a ‘Chinese businessman.’

He too would accompany his daughter abroad and then come back. After marrying ‘Musa’, the girl travelled to Islamabad and left for China. After a couple of months, the girl called her father to reveal that the family had been deceived. According to Nazir’s daughter, her husband was a con and was forcing her into prostitution. Two teenage girls (15 and 17 years old) from Pakistan were trafficked to the UAE by their own parents and forced to prostitute there.

Ministry of Overseas Pakistanis and Human Resource Development received an online complaint from the girls. Emirates police were contacted and the girls were rescued and repatriated. The girls were then sent to the Child Protection Bureau. With the assistance of police and rangers, the FIA takes lead against gangs involved in human trafficking. So far, it has arrested 46 most wanted criminals and 1,236 proclaimed offenders. However, the compoundable nature of migration-related offences undermines FIA’s ability to prosecute the offenders, sometimes allowing the accused to approach a compromise.

FIA’s anti-trafficking unit deals with undocumented migration and smuggling, besides dealing with trafficking-in-persons. Law enforcement agencies in Pakistan continue to conflate trafficking in persons and smuggling of migrants into a hybrid crime. In several cases, trafficking is imprecisely taken as a synonym with smuggling. FIA gradually began distinguishing between trafficking and human smuggling and handling children sensitively. Whether the victims have been exploited with or without consent, they are deemed victims under human trafficking laws.

Constrained by conceptual and procedural flaws, provincial police are just learning to apprehend internal sex trafficking. However, the force frequently fails to comply with the prescribed standards. Insensitivity, poor understanding and weak inter-agency and inter-provincial coordination also pose barriers. Inefficient agencies are rarely reprimanded and disciplinary action against complicit officials is unheard of. Bribery and extortion, in many cases, favour the accused. Migrants who cleverly hide into the rubric of smuggling, trafficking and asylum-seeking escape persecution.

Patriarchal biases generally suspect women victims of trafficking. Those trafficked more than once are usually deemed offenders. The FIA preferably deals with irregular migrants than trafficking. Although the attitude and understanding are rapidly changing, inactivity persists.

Bureau of Emigration and Overseas Employment facilitates those who seek protection as legal employees in the Middle Eastern or other countries. Age limit for employment in Gulf countries ranges between 18 and 21. Officially, the Bureau does not facilitate women below the age of 35 for visa as a khadima to Gulf countries. But disregard of the law is rampant and, men and women do go for labour, irregularly as well as for prostitution, voluntarily and involuntarily. In case of an incident, Gulf kingdoms ignore Pakistan’s laws and decide things to their favour.

Pakistan’s successful efforts in this regard are recognised, but it still remains on the US watch list of Tier-2 for its inability to adopt the required standards for Trafficking Victim Protection. Further success calls for Pakistan’s commitment to 5-P measures i.e. prevention, protection, partnership, prosecution and perusal.

Prohibition against abduction, sale or trafficking of children is rooted in Article 11(2) of the Constitution. Prevention and Control of Human Trafficking (2002) and Pakistan Penal Code (PPC) are the two legal regimes dealing with trafficking and smuggling offences. Selling and buying minors for the purposes of prostitution is forbidden under Sections 365, 372 and 373 imposing confinement up to 10 years and fine.

Articles 364-A, 361, 366, 371 levy prolonged or life imprisonment and/or capital punishment to be awarded for kidnapping or abducting a child under 10 and/or importing or selling a girl for prostitution.

Under Pakistan’s Anti-human Trafficking Act 2018, “Any person who recruits, harbours, transports, provides or obtains another person or attempts to do so… commits an offence of trafficking in persons and shall be punished with imprisonment, which may extend to 10 years or the fine which may extend to Rs 1 million or both.”

Prevention of Smuggling of Migrants Act 2018 imposes punishment, depending on the severity of the crime, extending to five years or a Rs 2 million fine or both. The Act protects a child victim of smuggling by stating, “the assistance to children shall be provided by specially trained professionals and in accordance with their needs, especially with regard to accommodation, education, and care.”

Article 35 of the UNCRC, of which Pakistan is a party, requires state parties to “take all appropriate national, bilateral and multilateral measures to prevent the abduction, sale or trafficking in children for any purpose or in any form.”

Detaining smuggled or trafficked children is highly discouraged. ILO Convention-182 also prohibits “all forms of slavery or practices similar to slavery, such as the sale and trafficking of children.”

SAARC Convention (2002) also pledged to apprehend “the grave crime of trafficking in women and children for prostitution.” Also, Pakistan is a part of UN-CRC’s Optional Protocol (2011) against the sale of children, child prostitution and child sexual abuse material. EU Convention against trafficking welcomes non-members states to become a party and comply with its provisions. Unfortunately, the provincial and federal governments fail to comply with our national and international commitments.

The system of victims’ protection is substandard and inadequately resourced. Be it internal or cross-border trafficking, and smuggling, room to harmonise with the international legislative framework and standards is still there. Improved capability, efficiency, awareness and sensitisation with respect to handling the cases by the respective agencies are seriously desired. A centralised, age and gender-segregated database needs to be developed to maintain, update and share information across the province and agencies. Elaborate communication and cooperation mechanism for the FIA and multi-agency investigations must be evolved. Juvenile Justice system needs revamping in compliance with trafficking and/or smuggling of children. Begging mafias involved in internal trafficking should be disbanded immediately. Poverty elimination and literacy for poorer communities, where trafficking emerges with parental consent, can also help arrest the problem.

The writer heads the Institute of Development Research and Corresponding Capabilities