PESHAWAR: Prime Minister’s Special Adviser Engineer Ameer Muqam has said on Saturday that the PTI Chairman Imran Khan is not serious to solve the public issues and there is a contradiction between his deeds and saying.

He said that the PTI Chief never respected the court decision and once again stand against the commission being formed by the Supreme Court of Pakistan regarding controversial Panama-Leaks for which Imran Khan has demanded.

Further criticizing the PTI chief, the PM special advisor said that people and particularly KP masses had rejected the PTI politics, saying that Imran took the support of protest set-ins. Addressing a press conference here at the Peshawar Press Club, he said that the PTI chairman would wear the ‘Sherwani’ of his third marriage but not the Pakistan prime minister.

“Imran Khan has deceived the KP people on the name of change but the KP masses will be careful for the next time as they know all his agendas” he further criticized, adding that the PTI elected MNAs and MPAs should perform their role in parliament house otherwise step down and arrange by-election.

He castigated that Imran liked the decisions in his favour but it was impossible, saying that the PTI chief wanted to maintain his remaining politics via the Panama-Leaks issues. He added that doctors, traders, teachers nurses and other walk of life were also compelled on hunger strikes in PTI government.

He left no stone unturned and also criticized the PPP chairman Bilawal Bhutto Zardari, saying that the PPP had lost its position with the death of late Benazir Bhutto. He claimed that Pakistan Muslim League-Nawaz (PML-N) would also get success in the 2018 general elections as the party had deliver properly to common masses.

On the occasion, captain(R) Shahid Habib, executive member of PTI center committee along with his dozens of other PTI workers resigned from PTI and announced their joining in PML-N. However, Shahid Habib said that he had supported the PTI to bring a real change and would work for the development of the common people but to no avail. He said he had prepared feasibility reports of several projects and presented to the PTI leadership but had not given pay heed and the schemes went into vein. “I left PTI because the party did not provide electricity, clean water, gas and other basic needs of life” he showed the reason and predict that if PML-N would come into power for next five years, Pakistan would be in rank of developed countries. 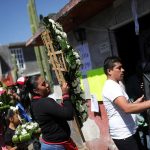 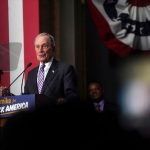