India is currently a candidate for membership of the NSG. The membership will practically change nothing except may be give India some prestige. This is because having secured a waiver from in 2008 it already enjoys the benefits of membership without any restrictions.

It is frequently argued on India’s behalf that without a seat at the NSG table, the future of nuclear power in India would remain hostage to the whims of other suppliers. Import of fuel, it is said, is essential as India is fuel deficient.

In the literature on India’s need for NSG membership, fuel deficiency is a reoccurring theme. The deficiency requires it to purchase uranium to keep its energy programme running. Just how deficient is India in uranium? 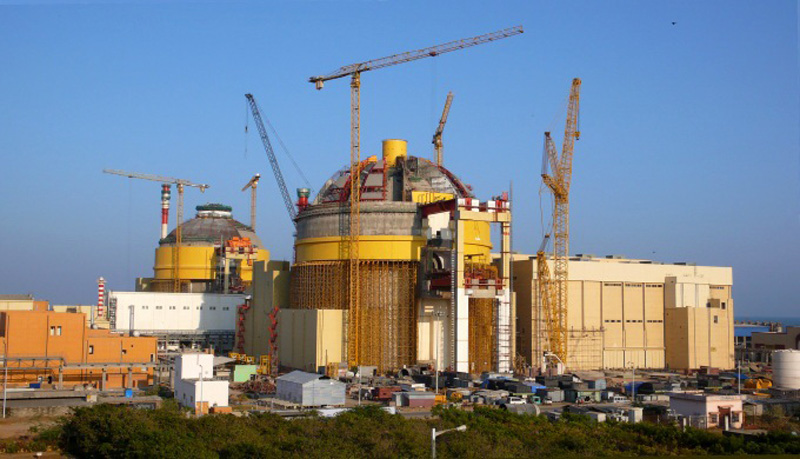 India has already closed numerous agreements with supplier states for nuclear fuel and power reactors, thanks to the 2008 NSG waiver. Among others, these countries include Russia, Mongolia, Kazakhstan, Argentina and Namibia.

The Uranium Corporation of India operates uranium mines at five locations: Jadugora, Bhatin, Narwapahar, Turamdih and Banduhurang. Extensive reserves have also been found in the state of Andhra Pradesh.

In 2016, Indian Minister Jitendra Singh told the parliament that the Indian Atomic Minerals Directorate for Exploration and Research had established that till October 2014 India had 181,606 tonnes of uranium and 11.93 million tonnes of monazite, which contained about 1.07 million tonnes of thorium dioxide (ThO2). India already has plans under way to explore the possibility of using its vast reserves of thorium as fuel for its energy programme, thus freeing up some more of its uranium reserves.

For what purpose they are trying to free up more of their uranium reserves needs no speculation; just a look at India’s military nuclear programme.

In 2016, Indian Minister Jitendra Singh told the parliament that the Indian Atomic Minerals Directorate for Exploration and Research had established that till October 2014 India had 181,606 tonnes of uranium and 11.93 million tonnes of monazite, which contained about 1.07 million tonnes of thorium dioxide (ThO2)

In June 2019, the UCIL announced 13 new projects, which would increase the production of uranium in India by more than three times the present output. This seems to be Step One in a three-step plan to increase uranium production 10-fold over the next 15 years as Mr Singh told the parliament in March 2018.

The question arises as to why – despite having vast reserves of indigenous uranium and plans to increase the uranium output 10-fold in the next 15 years – is India seeking more purchase deals and an NSG membership?

The answer becomes clear if one takes a quick look at what India is doing on the military side of its nuclear programme.

While India continues to make all efforts to secure uranium deals with other countries, its own indigenous supplies of uranium, which it is now trying to ramp up, are becoming increasingly available for military uses. Recent studies on Indian fissile materials indicate that India has a clever plan to use even the internationally supplied safeguarded fissile material for its un-safeguarded programme. The 2017 Belfer Centre Study on the three streams of the Indian nuclear programme by Dr Mansoor Ahmed outlines this Indian shiftiness.

The use of safeguarded nuclear materials in its un-safeguarded programme could ultimately lead to the use of these materials for its military programme without any penalty, owing to how India has structured its overall nuclear programme. Thus, India now seems to be in a position to break out at unprecedented levels. This could take it into the top three countries in fissile material production.

Despite these developments, India is not considered to be the fastest growing nuclear programme in the world. That honour belongs, ironically, to Pakistan.

The main asymmetry between Pakistan and India stems from the indigenous reserves of uranium and the number of fissile material production facilities in the two countries.

The Indian capability is underplayed by Western scholars using the assumption that Indian reactors are of poor quality and do not run at indicated capacity. It is interesting to note that the Indian Department of Atomic Energy has reported numerous times that the Indian reprocessing plants are running at 100 per cent capacity.

It seems that in order to gain the economic benefits of a lucrative Indian market several Western powers are willing to overlook the dangerous Indian designs. Meanwhile, Pakistan’s legitimate concerns are overlooked. There is a need to shine light on this duplicity.

The writer is an Islamabad-based researcher