The panoramic beauty of Baloch waterfalls 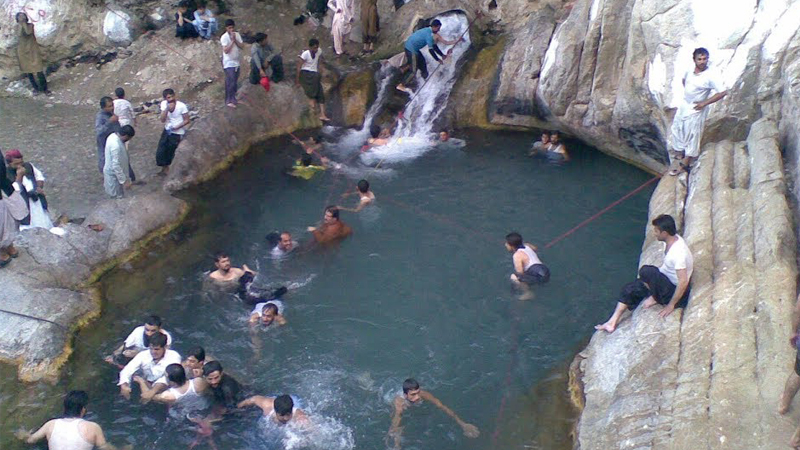 Beholding the miracles of Earth and tasting the beauty of nature can truly dazzle our senses. The prominence of mountains, fluttering of flowers, the crystal clear waters of the ocean reflecting blue sky, the green meadows charming our eyes, the river in constant flux, the cacophony of birdsongs in the wee hours of the morning, the cool breeze in a verdure make you witness the unfathomable beauty of the world.

Waterfalls are among these magnificent landscapes.

The soothing sounds of rushing streams churn you up to serenity and peace.

Balochistan is considered to be a deserted land with scraggy mountains, but little do people know that the province is blessed with celestial waterfalls.

Pir Ghaib Falls in Bolan Valley are 70 kilometres away from Quetta.

The water pours into rocky mountains creating its way to streams which are enwreathed by shady palm trees.

There are two separate waterfalls which flow into pool of cool water.

According to myth, Bolan Valley was ruled by a ruthless and deceptive king.

Pir Ghaib and his sister Nani came to Bolan Valley and invited the king to accept Islam.

The king thought the invitation as irreverence for him.

One day, the king sent his army to kill the siblings.

Pir Ghaib foresaw the intentions of the king in his dream and escaped barefoot from the valley.

At the head of the gorge, the saint found no way to escape and was completely blocked by the rock. The army was just a few miles away from him and was searching for them.

The saint prayed to God for his rescue.

He saw a shovel beneath his feet.

He cleaved the rock and receded from sight. This is why it is named after Pir Ghaib (The saint who disappeared).

Ever since the incident, water keeps pouring in from these mountains.