Pakistan’s geo-strategic position has been both its bane and its boon.

States may at times have conflicting duties. It is a duty of the state, for instance, to protect the life and property of every citizen. The state also has a duty to protect the human rights of its citizens. What if the protection of lives requires the curtailment of certain rights?

This is why protection of human rights and the state of emergency tend to result in a conflict. The conflict is harder to resolve when an emergency is caused by an enemy and the tools used are non-conventional and non-kinetic. The Fifth Generation or Hybrid warfare uses such techniques. It tends to highlight pre-existing fault lines in the bodypolitic thereby weakening the state.

Hybrid warfare has no agreed-upon definition. The term is use broadly to “describe clandestine non-military destabilisation efforts”. It is the method of choice in the 21st century. Multi-ethnic states are particularly vulnerable to hybrid warfare. Five elements are needed before a state can be attacked in this way. They are “historical, ethnic, religious, socio-economic, and geographic differences.”

Pakistan apparently has all five. Our geo-strategic position has been both our bane and our boon. Historically, we have been at the crossroads of civilisations and regions resulting in a multiethnic nation having several ethnic and linguistic sub-national groups.

Add to this the fact that historically, some of the areas constituting present-day Pakistan formed the core of Mughal and British India while others were on the periphery. This led to historical, economic, social and educational imbalances.

A state is duty bound to protect its citizens and their freedoms. The major issue for a democracy in this regard is striking the right balance between people’s right to free expression and ensuring security

Pakistan is today an important strategic partner for China, whose main Belt and Road Initiative project, the CPEC, passes through the length of Pakistan. This makes Pakistan a geo-strategic transit state. A combination of these factors makes it particularly vulnerable to this kind of warfare.

Hybrid warfare is a new and evolving concept. It poses peculiar challenges of its own. Even technologically advanced countries like the US are struggling with ways to control two of its main tools: the social media and the information war. The issue of alleged interference in US elections using the social media and information systems is an example of this. Another tool that can be used in such warfare is the civil society. All three are essential components of modern day life. In a democracy with free media and independent judiciary, these powerful tools can be used to destabilize countries like Pakistan having a sizeable educated urban middle class. 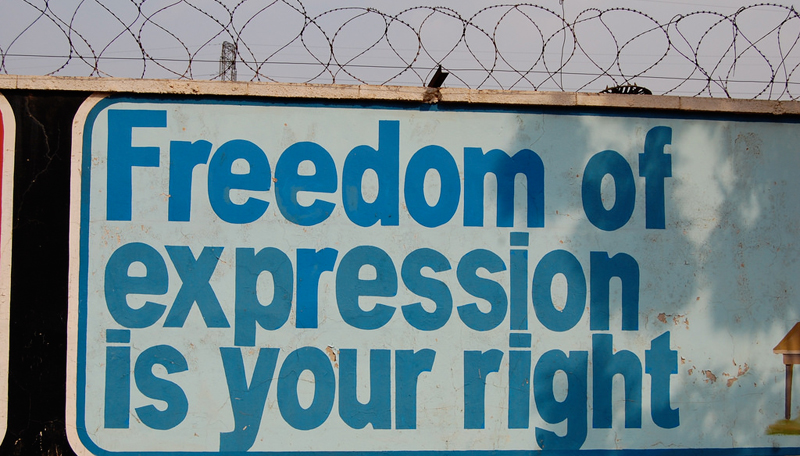 A state is duty bound to protect its citizens and their freedoms. The major issue for a democracy in this regard is striking the right balance between people’s right to free expression and ensuring security. It is usually possible to strike the correct balance, but it is an on-going, dynamic effort. Sometimes states fumble in this regard. After the 9/11 terrorist attacks Patriot Act 1 and Patriot Act 2 curtailed fundamental rights and liberties. Courts come to play a very important role in such situations because they have to interpret and apply the law.

Pakistan has fought a tough war against terrorism and prevailed. However, the danger is not totally over. Our laws to deal with hybrid warfare are mostly new and our legal system is struggling under a large backlog. The Prevention of Electronic Crimes Act, passed in 2016, is meant to “prevent unauthorized acts with respect to information systems…” and ancillary matters. Some of its sections prohibit “glorification of an offence”. Section 10 deals with cyber terrorism. It criminalizes any act which “advances inter-faith, sectarian or ethnic hatred”. Section 11 prohibits hate speech, which covers dissemination of information that advances or is likely to advance “interfaith, sectarian or racial hatred”.

As pointed out earlier, Pakistan has all the ingredients needed for hybrid warfare: ethno-religious divisions, economic instability, and a geo-strategic location. In hybrid warfare, vague and catchy sound bites are used to stoke emotions and avoid logical clarity. This can be hard to counter. Law on the other hand is dependent upon the use of clear terminology. Law requires clear delineations, whereas, hybrid warfare uses nebulous, opaque and vague message. It remains to be seen how jurisprudence to deal with it develops.

Sometimes media plays a role in this. This is when statements are not fact-checked. In the race to be the first one to break the news and run the tickers, some news outlets at times ignore some professional standards. In most Western countries, including England and the US, most of the news carried is local.

The role of the legal system and the judiciary is critical. In order to address these threats, the civil and criminal procedural loopholes need to be addressed in a holistic manner. Stand-alone interventions might not suffice.

The writer is a lawyer and an expert in international law