The best defence is a good offence

Venezuela is facing one of the worst crises in human history in absence of a war, conflict or natural disaster. The massive mass protest, scuffles between security forces and anti-government elements, rising inflation, and increasing sanctions have brought the state to its knees. 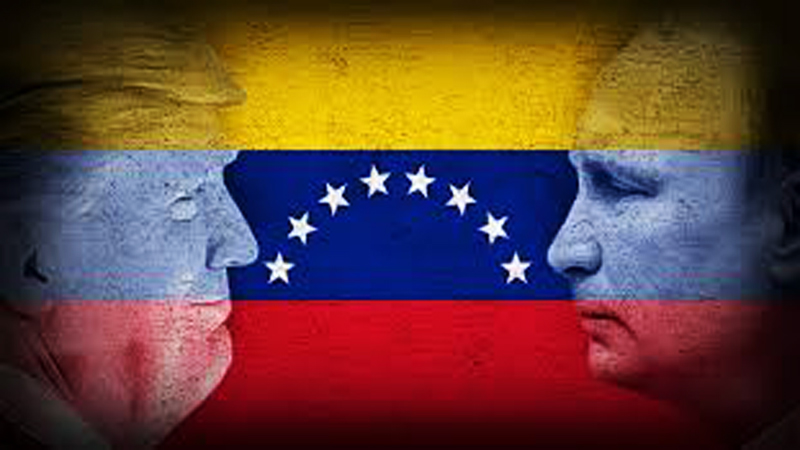 Apart from domestic miseries, Venezuela is emerging as another battleground for a proxy war between Russia and America following the Middle East. It is worse in a way for Venezueala as being located in the Western hemisphere it is seen America’s backyard. An attempt by Russia to build a persence here could have far-reaching repercussions like the Cuban missile crisis.

The chaos in Venezuela, the diplomatic impasse in Sochi and an imminent military standoff in the Middle East are reminiscent of Hannibal Barca and the Diversionary Strategy of the Roman Empire.

Hannibal Barca was a Carthaginian general. He became famous for his Punic wars on the mighty Roman Empire. His courage and sworn enmity towards the Romans had made him a nightmare for the Empire. The peace treaty signed at the end of the first Punic war did not last long. In the second Punic war, Hannibal crossed the Mediterranean, Alps and Pyrenees with his army and had a string of victories over the Roman army. It looked like Romans would fail to halt his march on the capital. A brilliant Roman general, Scipio Africanus, however, came up with a peculiar stratagem. To defend the capital he stormed into the Carthaginian territories.

Its domestic miseries apart, Venezuela is emerging as another battleground for a proxy war between Russia and America

The gambit worked. The war committee in the Carthaginian Senate recalled Hannibal to defend the homeland. The lack of a strong enough army at home to defend the Carthaginian territory thus caused Hannibal to abort his plan to mount a siege of the Roman capital. Under pressure from home he removed his army from the Roman capital. The contingents he had dispatched to other parts of the Roman Empire, now started having problems as supply lines became vulnerable. Utter disarray and hysteria soon descended on the ranks of what had been a well-disciplined military. Amidst Carthaginians reverses, Hannibal and Scipio Africanus had a one last face-off at Zama. It turned out to be very humiliating for Hannibal. Scipio Africanus pulled back the Roman Empire from imminent collapse. In the battle of Zama, fought in 202 BC near Zama, Tunisia, the Roman army prevailed over the Carthaginian might.

In Venezuela, Nicolas Maduro, Chavez’s chosen successor, has been bogged down in political turmoil. Under his leadership the country has slipped to an economic turmoil. There have been massive protests. Within two years of Chavez’s death, the United Socialist Party has lost control of the parliament. The current disaster is the worst the country has faced. Russia’s growing involvement in Venezuela has stretched the political crisis beyond its borders. While Maduro might feel better having Russia on his side, this has raised grave concerns in Washington.

On various occasions, America has raised the issue with Russia. It has been directly discussed between President Donald Trump and President Vladimir Putin on telephone. Earlier, US Secretary of State Mike Pompeo broached the issue with his counterparts in Moscow and Helsinki. The recent Pompeo cruise to Sochi is a more substantive initiative in this direction. Pompeo has claimed that Maduro was preparing to leave Venezuela on April 30, but was talked out of it by Russians. Russian Foreign Ministry spokeswoman Maria Zakharova has refuted the claim as “fake news.”

In the 21st century, America has deployed the diversionary strategy of the Roman Empire. Amidst Russia’s soaring intervention in Venezuela, American carrier strike ability, massive firearms, cutting-edge missile technology, and shuttle diplomacy are tactics to make Russia aware of a possible reaction. America is warning Russia and others to abandon Venezuela. The American message seems to be: it is the Western hemisphere. Remeber the Monroe Doctrine. If Venezuela is not left alone, America could put Russian regional stakes at risk by creating uncertainty along Russian borders. Trump seems to believe that the best defence is a good offence.

The writer can be reached at Imran_7016@yahoo.co.uk