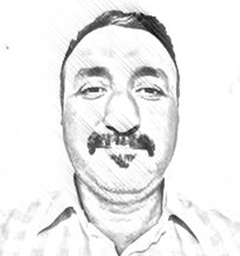 The Government of Pakistan made some progress in its efforts to protect victims of human trafficking. But it lacks adequate procedures and resources for pro-active approach to identify victims of trafficking among vulnerable persons, especially child labourers, women and children in prostitution, and agricultural and brick kiln workers. FIA and the police referred trafficking victims, to federal and provincial government shelters and numerous NGO-operated care centres. But these shelters are faced with the challenge of resources and were sometimes overcrowded and under-staffed. Sindh provincial police freed over 2,000 bonded labourers in 2009 from feudal landlords; few charges were filed against the employers. The FIA expanded protection services overseas and provided medical and psychological services to Pakistani trafficking victims in Oman. Some NGOs provided food, legal, medical, and psychological care to vulnerable children, including child trafficking victims, in facilities provided by and partially staffed by the Government of Pakistan. Some NGOs and government shelters, like the Punjab Child Protection and Welfare Bureau, also rehabilitated and reunited children with their families. Female trafficking victims could access 26 government-run Shaheed Benazir Bhutto Centres and the numerous provincial government “Darul Aman” centres offering medical treatment, vocational training, and legal assistance.

A recent Trafficking in Persons Report 2018 released by the US Department of State’ Office to Monitor and Combat Trafficking in Persons indicates that Pakistan has not undertaken satisfactory measures to combat the issue. It further indicates that the country may face suspension of financial aid amongst losing other privileges. Currently, Pakistan is also facing challenges in implementing the Trafficking Victims Protection Act (TVPA), a critical anti-trafficking law that requires coordination with foreign governments to prevent trafficking and protect victims. The TIP report appreciates that Pakistan has demonstrated many efforts including the increasing the number of victims it identified and investigations and prosecutions of sex trafficking. Pakistan continued to implement its 2015-2020 National Strategic Framework against Trafficking in Persons and Migrant Smuggling. But still Pakistan needs to increase prosecutions and convictions, particularly of forced and bonded labor, need to adopt an anti-trafficking law that criminalizes all forms of human trafficking, including sex trafficking of those under 18 without requiring coercive means, and thoroughly investigate credible allegations of government complicity in trafficking and stringently prosecute and punish officials who are complicit; provide additional resources to increase trafficking-specific services for victims, including for men and boys, and ensure victims are not penalized for acts committed as a result of being subjected to trafficking; ensure the creation, dissemination, and use of standard operating procedures (SOPs) for victim identification and referral to rehabilitation services at the provincial level; expand ability for freed bonded laborers to obtain identification documents and gain access to government services; take steps to eliminate all recruitment fees charged to workers; issue policies and provide trainings to government officials that clearly distinguish between human trafficking and migrant smuggling; strengthen the capacity of provincial governments to address human trafficking through training, awareness raising, funding, and encouraging the creation of coordination task forces and the adoption of provincial-level anti-trafficking action plans; improve efforts to collect, analyze, and accurately report anti-trafficking data, distinct from data on smuggling; and accede to the 2000 UN TIP Protocol.

Federal Investigative Agency (FIA), despite its statutorily limited jurisdiction on human trafficking encompassing only crimes punishable under PACHTO, which was focused on transnational offenses, has made remarkable achievements. It has shown zero tolerance for the persons involved in this heinous crime whether traffickers, their perpetrators or even officials amongst its own ranks. In Musharraf era, a federal Minister for minority affairs Professor Mushtaq Victor was prosecuted under charges of Human Trafficking by FIA. The Anti-trafficking Circles of FIA reported identifying 17 Pakistani victims and no foreign victims in 2017, compared with 131 Pakistani victims in 2016. Provincial police reported identifying 14,571 victims in 2017, of which 12,133 were women, 2,133 were men, and 107 were children. This was a significant increase in the identification of women victims compared with the identification of 2,134 women, 2,184 men, and 200 children victims in 2016. FIA referred 17 identified victims to NGO-run shelter and rehabilitation services; however, provincial police referred only 286 of the 14,571 victims they identified to rehabilitative care. Civil society continued to provide victim services without government support. Government-run shelters were available to women experiencing a range of difficult circumstances, including trafficking victims. Punjab reported all 36 district women’s shelters in the province were operational. Sindh province operated three women’s shelters in its 29 districts and also operated four centers that offered women in distress medical and legal aid and shelter for up to 72 hours. Khyber Pakhtunkhwa reported six of its 26 districts had women’s shelters, an increase of two during the reporting period, and Balochistan reported it operated one women’s shelter in its 32 districts.

Pakistan’s federal Government has yet to establish a specific Shelter for victims of trafficking as required by the Prevention and Control of Human Trafficking Rules, 2004 which states that ”The Government shall establish shelter homes for safe custody of the victims and shall also make necessary security arrangement for the protection of the victims in the shelter homes whether established by the Government or the Non-Governmental Organizations. NGOs and civil society activists raise concerns about the quality of government victim care services and lack of resources therein. Punjab continued to operate its wholly integrated center providing shelter; medical and psychological support for female victims of violence; and facilities for law enforcement, judicial officials, and a courtroom. While the center was open to all female victims of violence, including trafficking victims. NGO-run shelters were available to bonded laborers, including entire families. The government reported it provided protection to victims to encourage their cooperation in investigations; Victims expressed reluctance to testify against their traffickers due to threats of violence against them and their families. The Ministry of Interior had the authority to grant extensions for foreign victims to stay in the country until a decision was reached on the victims’ repatriation by the Federal Review Board of the Supreme Court. FIA publishes quarterly newsletters with statistics and information on the government’s efforts to combat trafficking and smuggling.

But FIA’ efforts are not enough. Other Government agencies and departments need to play an active role in this regard such the Bureau of Emigration and Overseas Employment, Frontier Constabulary, Coast Guards, Provincial Police, Maritime Security Agency, customs and Frontier Corps and in some instances even different civil and military intelligence agencies such as IB and ISI. Other state institutions such as legislature and judiciary need to sensitize about this issue. Most importantly provision of adequate resources and capacity building of all stake holders is really essential to counter trafficking in persons. The UN and members of civil society argued any ban on female migration increased the likelihood such women would migrate illegally and therefore heightened their vulnerability to human trafficking. FIA partnered with an international organization to run an awareness campaign in Punjab and Balochistan against migrant smuggling and human trafficking. This is such a menace which requires multi dimensional and multi pronged strategy to be adopted by Pakistan but all the countries in the world.