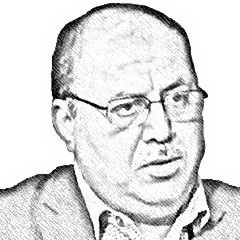 Will there be a détente with India after the elections?

As India elects a new parliament in the world’s largest electoral exercise, its partners and rivals anxiously await results. Will Prime Minister Narendra Modi return for a second term or will the country have a new leader? The guessing game is expected to continue until May 23rd when the election results are expected to be in.

Policy makers and the general public in Pakistan are also keeping their fingers crossed. Pakistanis expect the strained relations with India to turn a leaf for the better, even if the elections deliver Modi as the prime minister again. The general perception in Pakistan is that Indian leaders use Pakistan as a punching bag to garner votes. Pakistan-bashing, many in India agree, is used as a yardstick to gauge a leader’s nationalism. Bellicose language and use of superlatives in political diatribe have traditionally been the norm during an election season.

This election is no different. Post-Pulwama war hysteria and threatening statements ranging from stopping the water inflow from India into Pakistan to use of nuclear weapons, every destructive recipe for “fixing Pakistan” has been filling the chaotic hate-filled airwaves by leaders of all colors and shades.

But in the middle of all this madness, something spectacularly positive happened. Media in Pakistan largely missed it. Some in India, like Suhasini Haider, reported that United Kingdom senior diplomat Simon McDonald played a role in negotiating the “concession” from Delhi.

A partnership for peace based on sincerity and verifiable actions is the best promise for the two countries to achieve detente. Enhanced bilateral trade is another mutually beneficial track that can help the two sides create stakes in peace

The UN Security Council sanctions committee on Al Qaeda declared Mohammad Masood Azhar Alvi, the founder of Jamshed e Mohammad as a global terrorist on May 1st. The news sent a wave of jubilation in India, where hawks declared it a diplomatic victory against Pakistan. For Indians, the declaration was acceptance of their demand to declare Azhar an international terrorist. The UN decision came after China lifted its “technical hold” on the decision. The Chinese decision was equated by many in India as its weakening partnership with Pakistan.

The critics missed the devil in the detail. The Chinese, in reality, with Pakistan’s support had staged a diplomatic upset at the UN. India had withdrawn from its erstwhile stance of bracketing Azhar’s alleged terrorist activities with the legitimate struggle of people of Indian occupied Kashmir. This was the precise objection of Pakistan and pushed by China, leading to its technical hold.

China lifted its technical hold only after India agreed to remove all references to Kashmir in the UN committee’s declaration. Instead of linking Azhar to the February 26 Pulwama attack, it accused Azhar of being associated with and supporting and abetting the activities of Al Qaeda, Osama bin Laden and Taliban in Afghanistan. There is no mention of Kashmir in the announcement except in his bio where his association is identified with Harkatul Mujahideen, a Kashmiri resistance group.

According to Suhasini, McDonald also said Pakistan should be given “space” and “time” to act against terror groups. Pakistan has followed through by taking action against at least ten groups allegedly associated with JEM and other terrorist groups.

Masood Azhar’s terrorist designation had been expected since 2001 when the UN declared JEM, the group he founded after his release from an Indian jail in 1999, a terrorist organization. India’s acceptance of Pakistani and Chinese demand of not linking Azhar to Kashmiri struggle is groundbreaking and significant in Pakistan-Indian relations context.

While the Indian flexibility can be attributed to the ongoing elections which added one more “feather” to PM Modi’s list of “achievements” that he has been selling to the edgy voters. But it’s significance is still not diminished because Modi cannot and would not make such a decision on his own. He would need tacit support and approval of powerful Indian military. Many commentators in Pakistan believe that this announcement could become a stepping stone for the two sides to build a roadmap for future negotiations to normalize relations.

These expectations hold some ground but much depends on who is elected as India’s new leader. Prime minister Imran Khan says Modi’s re-election will not be a bad omen for the future of bilateral relations. He may have a point because traditionally hardliners take big decisions in India like the one we just witnessed. The two sides can and should build a partnership for lasting peace, even though the road ahead is expected to be bumpy and challenging. It demands decisive action against non-state actors and private militias by Pakistan. Visible actions against such groups by Islamabad can help build trust with India, but only if New Delhi also shuns its support for terrorism in Pakistan. India for too long has used Iranian and Afghan soil to destabilize Pakistan.

A partnership for peace based on sincerity and verifiable actions is the best promise for the two countries to achieve detente. Enhanced bilateral trade is another mutually beneficial track that can help the two sides create stakes in peace. Pakistan seems to have paid heed to the advice it reportedly received from China over Kashmir. If Islamabad’s grapevines are to be believed, the Chinese want Pakistan to change its strategy on Kashmir. The message is unambiguous: “We waited for a century and got Hong Kong back without a war. Why can’t you wait for Kashmir?” The Chinese advice, if true, has substance because promise of peace offers bigger dividends than the horrors of war for the two sides. But any peace efforts by Pakistan risks failure at the negotiations table if India does not stop its reign of terror in Occupied Kashmir. India needs to take decisive measures to bring down state-sponsored violence, by freeing political prisoners, including Yasin Malik, and stopping its repressive policies.

The writer is a New York-based journalist and analyst