Kashmir: a heap of ashes

As the Indian parliamentary election was held in the mainland India for 542 Lok Sabha seats in seven phases, the polling activity barely exists across India-held Kashmir. The Hindustan Times reported about the disturbing situation in these words: “Kashmir sees least participative polls, with the lowest voter turnout in two decades”. The boycott of the election is as an act of anger against the horrendous crimes by the Indian security forces in the valley as the turnout remained three per cent.

The decade sees a new phase of homegrown armed struggle born out of Modi’s muscular nationalism. The approach hitherto was merely restricted to excessive military use such as incarceration, blinding by pellets, burning the houses down, mass murders, rape cases, protracted curfews even on auspicious occasions and festivals and other unrelenting inhuman practices. However, all these terror tactics largely remained counterproductive.

What worries the people of Kashmir the most is the release of controversial manifesto document of the Bharatiya Janata Party (BJP), one of the major contenders in the ongoing elections and currently ruling party, that calls for abrogation of the special status of Kashmir. 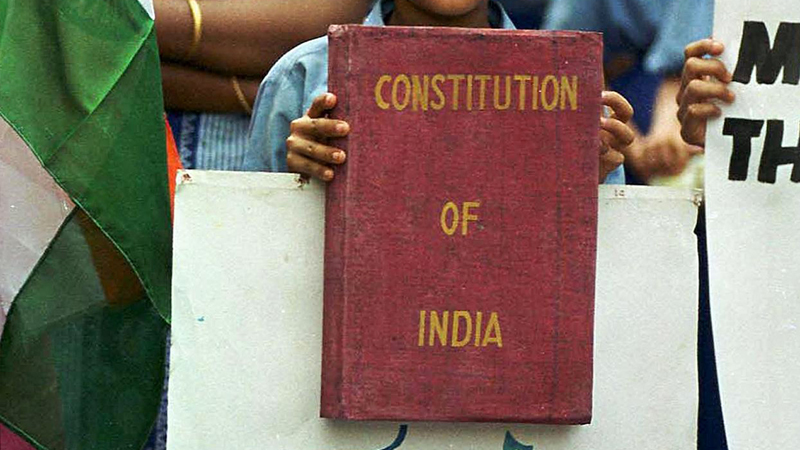 BJP’s attempt to cash in on the nationalist sentiment during the election hype through its controversial manifesto is a political gimmick to retain the power and it has caused panic at home and equally gained traction worldwide.

After the episode of so-called Balakot airstrikes which had been blown out of proportion for petty political gains, the conflicting statements over the scope and scale of airstrikes demeaned the Indian government and questions were raised on the overrated Indian Air Force. Yet another politically motivated stratagem threatening to drop the articles 35A and 370 enshrined in the Indian Constitution has similar motives.

The BJP blinded by greed and lust for power has gone crazy for the politics of vote in such a manner that national security and armed forces are being desecrated. It has failed to see beyond the election outcomes and there is likelihood of Indian democratic breakdown which might plunge the country into chaos.

The constitutional space given within the Indian Constitution proved to be the kind of tranquilizer for the people of Kashmir against the occupied forces until their popular demand of plebiscite is undertaken.

The Indian Constitution on Jan 26, 1950 ensured an autonomous status to Jammu and Kashmir that restricts Indian jurisdiction only to defense, foreign affairs and communication. The move is antithesis to the non-negotiable right of Kashmiri people. The primary motive however to change the character of the constitution seems to be the demographic readjustment aiming to alter the status quo of Muslim majority in the region, very much akin to the Israel-style settlement.

The misconceived “Modi’s masculine mantra” has kept injecting the propaganda tricks ever since in power to divert the international attention away from the recent surge of independence. It also threatens the hard-earned secular credentials of India and challenges the culture of diversity in the country. Indian international perception is taking a backseat as the UN special procedures issued several statements raising concerns over the issues such as discrimination against religious minorities, the growing culture of vigilantism, and a lack of accountability for security forces. The report described Armed Forces (Jammu and Kashmir) Special Powers Act (AFSPA) as an instrument to impede accountability for human rights violations.

But the question remains, is the gamble worth playing at the larger expense of regional peace and security? What if Kashmir becomes the first drop of the rain, emboldening other secessionist movements against Indian federation? And most importantly, what if Modi’s formula allows tensions to cross the nuclear threshold between two nuclear powers?

In recent escalation with neighbouring Pakistan, there have been lesser sane voices in India against war but a majority seemed to advocate war and the media corrupted the people’s mind through unintreputed jingoism.

The political air has been getting highly polluted with growing politics of populism of late and it is our first and foremost duty to not let the entire region beome the heap of ashes.