* The book tells the reader of the reverse side of pain 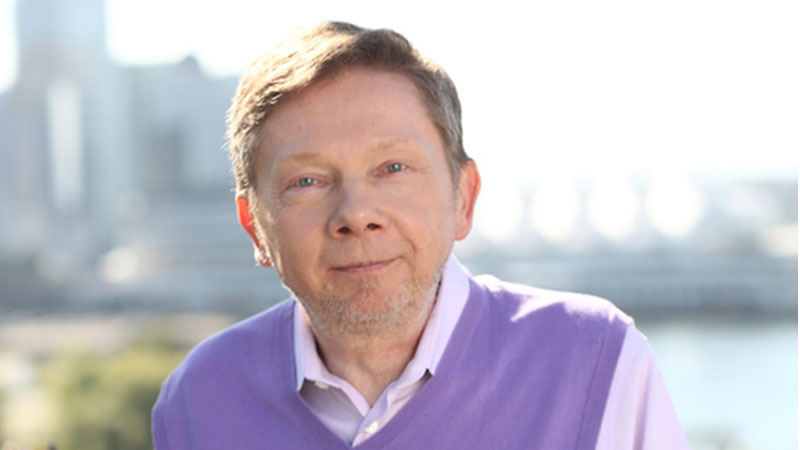 The Power of Now is a book on spiritual enlightenment written by Eckhart Tolle, which explains many methods for those who seek Eckhart Tolle’s excellent teachings in book form.

The definitive thing that the book wishes in eliminating is pain in the human body. Everybody believes that pain is a ruthless misery and when people want to escape pain, they try absconding the sufferings by looking for ways to be happy. However, Tolle superbly explains that in this way, one is not escaping the pain but fetching more because to dismiss the pain from the body, one must face the pain and let it clench you. Identify it so you would turn it into something positive.

The book tells the reader of the reverse side of pain. Nobody ever sees pain as a good thing to happen in life but little do they know that pain is something central; that has to happen for transforming one’s life for the better.

The best thing about the book is that due to the way it is written, the readers feel as if the writer is reaching out and talking to them diectly. Tolle has brought forth the current generation’s problems and offers exceptional guidelines on them.

According to the book, the mind is not the place where the soul is, so get out of the mind which is the foundation of spiritual enlightenment. The mind with no control on it will seem like more of a running mount than a controlled loyal horse. The mind on the other hand is a great harms builder that raises problems that never existed. It’s all about the value the mind gives to things, the grander the value the harder the sufferings.

The best thing about the book is that due to the way it is written, the readers feel as if the writer is reaching out and talking to them diectly. Tolle has brought forth the current generation’s problems and offers exceptional guidelines on them

Likewise, the book shows a very true picture of how our egos. Tolle says, the ego works as a detached being that desires vigorously. It’s mostly not predictable since it burdens and acts as an isolated thing. Ego comes in when a person feels incomplete or unworthy. No matter how much given, or achieved it loads till one is to pick up the certainty of immortality. Although, ego is a strong force from rotating oneself off-road and losing that sense of oneness and self-actualization.

Additionally, Tolle’s book must be treated as not only a self-help book but a positive psychological book that lets the reader be aware of the problem and realise one’s worth of being. Lastly, the glorious message the book exposes is that humans don’t have to protest for the definitive sufferings of life but to accept and recognise them in order to rid themselves of it. Because all that comes in life, comes to teach us a lesson. Pain does hurt but also gives us hundreds of lessons and shows us a better way of living. And people need to be themselves.

The Power of Now if for those who want spiritual enlightenment and those who are in search of inner-freedom. This book is life-changing.

The Power of Now – A Guide to Spiritual Enlightenment is a book by Tolle. The book is intended to be a guide for day-to-day living and stresses the importance of living in the present moment and avoiding thoughts of the past or future.

Published in the late 1990s, the book was recommended by actress and talk show host Oprah Winfrey and has been translated into 33 languages.

As of 2009, it was estimated that three-million copies had been sold in North America.