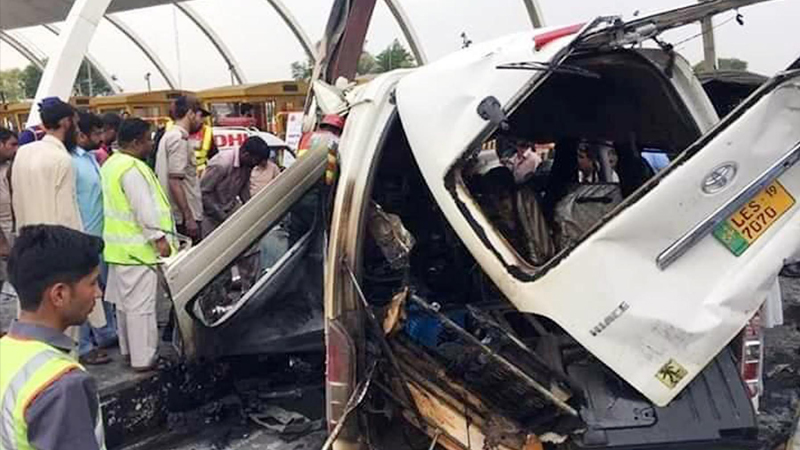 At least 12 people, including women and children, died while five others received burn wounds when a passenger van caught fire after hitting the wall of a toll plaza in the federal capital on Monday. According to details, a Rawalpindi-bound passenger van coming from Sargodha with 17 people on board got out of control due to over speeding and caught fire after hitting the wall of Islamabad Toll Plaza. As a result, 12 people, including two women and two minor girls, died. The bodies and injured people were shifted to the Pakistan Institute of Medical Sciences (PIMS), where the injured were fighting for their lives until the filing this report.

Prime Minister Imran Khan and Punjab Chief Minister Sardar Usman Buzdar, expressing deep grief and sorrow over the loss of precious lives, condoled with the bereaved families and directed the hospital authorities to provide best treatment facilities to the injured.